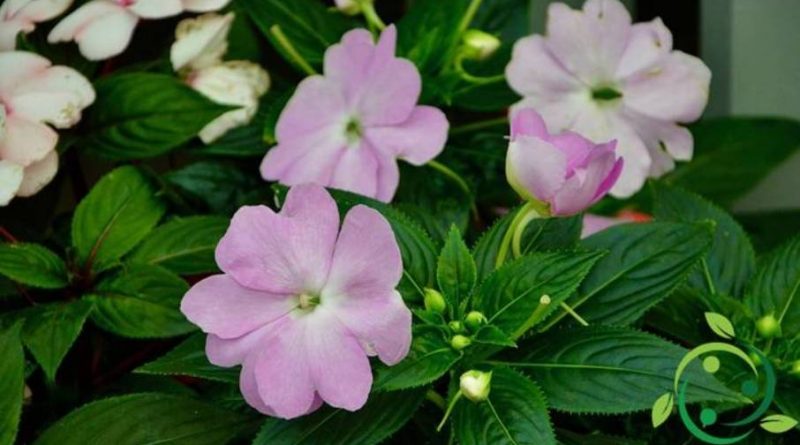 How to grow Impatiens

The Impatiens is a species of the genus Impatiens L., 1753 of the Balsaminaceae family. This family includes herbaceous plants, annual or perennial, originating from Africa and Asia.
These plants are recognized for having succulent stems and leaves, of various colors, with spurred colored flowers of white, pink, red variously mottled: it is a re-flowering species in the summer season.
In this card we will see how to grow Impatiens following the most useful agronomic tricks.
Impatiens require few and simple cultivation rules and can be grown both in pots and outdoors.
They are plants that prefer the areas in half-shade, thus avoiding the direct rays of the sun with a maximum of 2-3 hours of sunshine a day.
The ideal substrate must be from a mixture of peat and garden soil or universal soil.
The ideal temperature for its cultivation should never fall below 5 ° C and not exceed 30 ° C. In winter these plants, if grown in pots, must be moved indoors.
Regarding humidity, remember that the soil must always be wet, especially in summer. The ideal is to vaporize it every day. The irrigations must be more contained if grown at home.
Fertilization should be done from April to October, once a week with a specific liquid fertilizer for flowering plants, if grown in pots. For the Impatiens grown outdoors it is recommended, before planting, to provide well-humified organic substance, just before planting.
For propagation both on the balcony or terrace, for growing in pots, it is advisable to start from seed. The sowing period is between autumn and winter, using a light substratum made with peat and sand that must always be moist.
With the arrival of spring, once the night temperature exceeds 15 ° C, the Impatiens can be moved out or planted in the garden. However, multiplication can also take place by cutting.

In any case, if you decide to start from a plant already formed, the repotting in full ground or in a planter must take place in the months of April-May. Starting from the seed, instead, it will be necessary to proceed from January to have the flowering in spring.
For impatiens grown in pots, repotting should be done in spring only if the roots have taken up all the space available in the container.
To favor the preparation and release of new flowering shoots, it is advisable to trim the vegetative apexes using well sharpened and disinfected scissors or shears. Any damaged twigs should be removed at the base of the soil to prevent rotting from becoming a vehicle for fungal diseases.
Regarding adversity and pathologies, impatiens fear the root rot caused by water stagnation; white malaria or oidium which attacks stems and leaves, red spider mites, aphids, vesicular rust and snails.
Among the cultivated Impatiens we recall:
– I. balsamina L., native to Southeast Asia and India, commonly called handsome men, with robust, erect and succulent stems, up to 75 cm tall, which bear green lanceolate leaves with the toothed margin; axillary flowers, have unequal petals, with a back spur. The species has given rise to numerous varieties with double or semi-double flowers, variously colored in white, red and purple.
– I. capensis Meerb., Of African origin, very similar to I. balsamina, with pink-colored flowers.
– I. balfourii Hook. f., native to the Himalayas, has rose-colored wine-colored flowers, collected in axillary buds, with the slightly tubular corolla, with summer-autumn blooms.
– I. hawkeri Hook. f. (= I. holstii) native to the tropical areas of Africa, it is a perennial plant cultivated in a greenhouse or in apartments, high from 25 to 60 cm, re-flowering all year round, with flat flowers, with 5 petals colored red-carmine, with a thin spur.