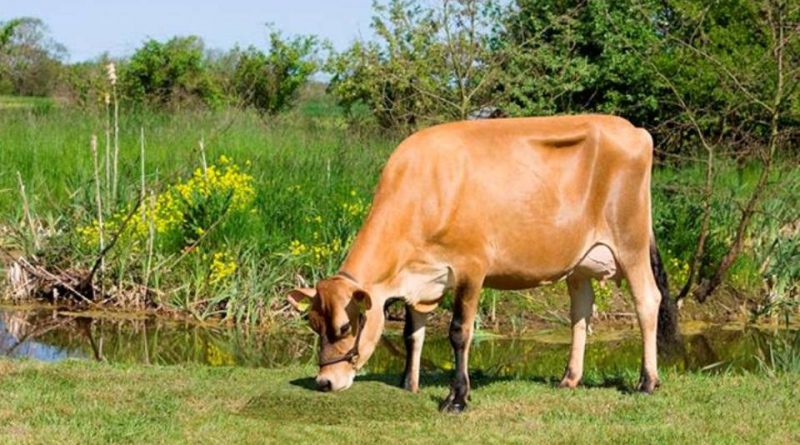 Jersey Danish is a bovine breed (Bos taurus Linnaeus, 1758) bred mainly in the West Fünen region of Denmark, a dual aptitude for meat and milk production.

Geographical and area distribution –
The Danish Jersey breed cattle are bred in Denmark and mainly in West Fünen and represent the highly regarded Danish branch of the homonymous breed of English origin. In addition to Denmark, the countries where this breed was exported are: Albania, Russia, France, England, Holland, Belgium and Greece.

Morphology –
The cattle of the Jersey Danish breed are among the smallest of the other dairy breeds.
They are 115-120 cm high, are tawny in color with non-rare white marks. The coat colors range from light brown to dark brown, almost black. The darker brown color can be found on their ends (muzzle, feet, ears and tail). Males usually have a darker coat than females. However the mantle tends to be lighter than the English stock.
The cows weigh from 350 to 425 kg while the bulls weigh from 500 to 600 kg.
The horns are present.

Production aptitude –
Jersey Danish is a breed with a prevalent attitude: milk, meat.
The production statistics obtained from the heads bred in Denmark in 2016 are: total milk: 7.359 kg; total fat: 434 kg; fat percentage: 5.90%; total protein: 305 kg; protein percentage: 4.14%.
This breed is usually characterized by docile and easy to handle cattle due to their size and temperament. However, the bulls become in a bad mood when they get older.
The objective of improving this breed also includes the increase in height and weight at maturity, as well as an increase in the strength of the limbs and better general conformations of the breasts.
Other goals are to decrease antibiotic dependence, increase longevity (minimum 3 lactations) and increase fertility. Improving these characteristics will help make this breed competitive with other most popular dairy cow breeds.
In the improvement program, due to inbreeding problems with the Danish leaders I raised in Denmark, genetic lines from the United States are used to further develop the breed.