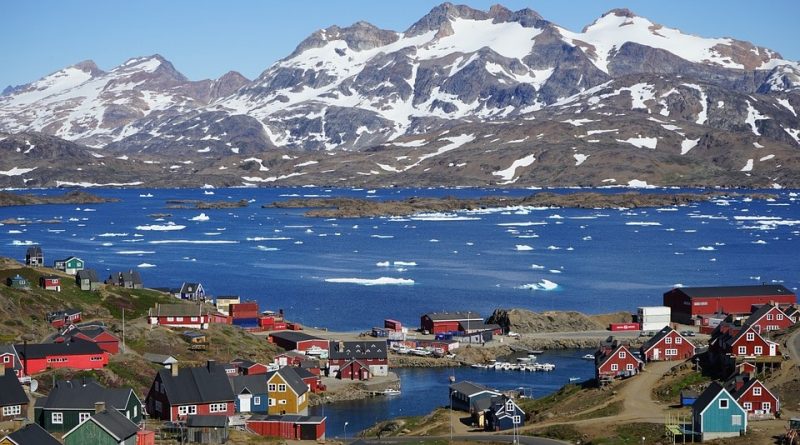 Greenland is a large island located in the extreme north of the Atlantic ocean between Canada to the southwest, Iceland to the southeast, the Arctic and the Arctic Ocean to the north. From the geographical point of view it is part of the American continent, while, from the political point of view, it constitutes a nation within the Kingdom of Denmark.
Greenland is the largest island on earth, considering Australia as a continent.
As mentioned, it is part of the Kingdom of Denmark, which includes, in addition to continental Denmark, the Faroe Islands. Greenland was one of the Norwegian Crown colonies until 1814, when it came under the control of Denmark; in 1953 it became part of the Danish kingdom through the formula of personal union. In 1979 the island was granted self-government (hjemmestyre) by the Folketing (the Danish Parliament) through a law approved the previous year. The Queen of Denmark remains however the head of state of Greenland. He was part of the European Economic Community, as a Danish territory, from 1973 until 1985, when he decided to leave it by referendum.
A special curiosity is that the extreme northern part of Greenland is not covered by ice, because the air is too dry to produce snow, which is essential for creating and maintaining a layer of ice. The ice cap covers the entire interior of the country and reaches a maximum thickness of 3,000 meters. This is why it is the region of the Earth that most resembles the Antarctic continent.
Because of the ice cap that almost completely covers Greenland, there is no road network worthy of mention, nor railways: the ice cap, starting a few tens of kilometers from the villages, makes it impossible to build a traditional road infrastructure.
The west coast is the part of the country with the mildest climate and the most populated area. The highest mountains in Greenland are in the Watkins Mountains on the east coast of the island. the highest peaks are: Mount Gunnbjørn (3 693 m), the Dome (3 682 m) and the Cone (3 669 m).

Flora –
The flora of Greenland, due to its extreme climatic conditions and the small presence of lands is that of the tundra and therefore dominated by mosses and lichens, the trees are a rarity and reach heights of a few meters.

Fauna –
This huge island between the Arctic Ocean and the Atlantic Ocean is covered by ice for almost a third of the territory. The rest is made up of the coast and the tundra, really hostile conditions that have not prevented several animals from living and proliferating. 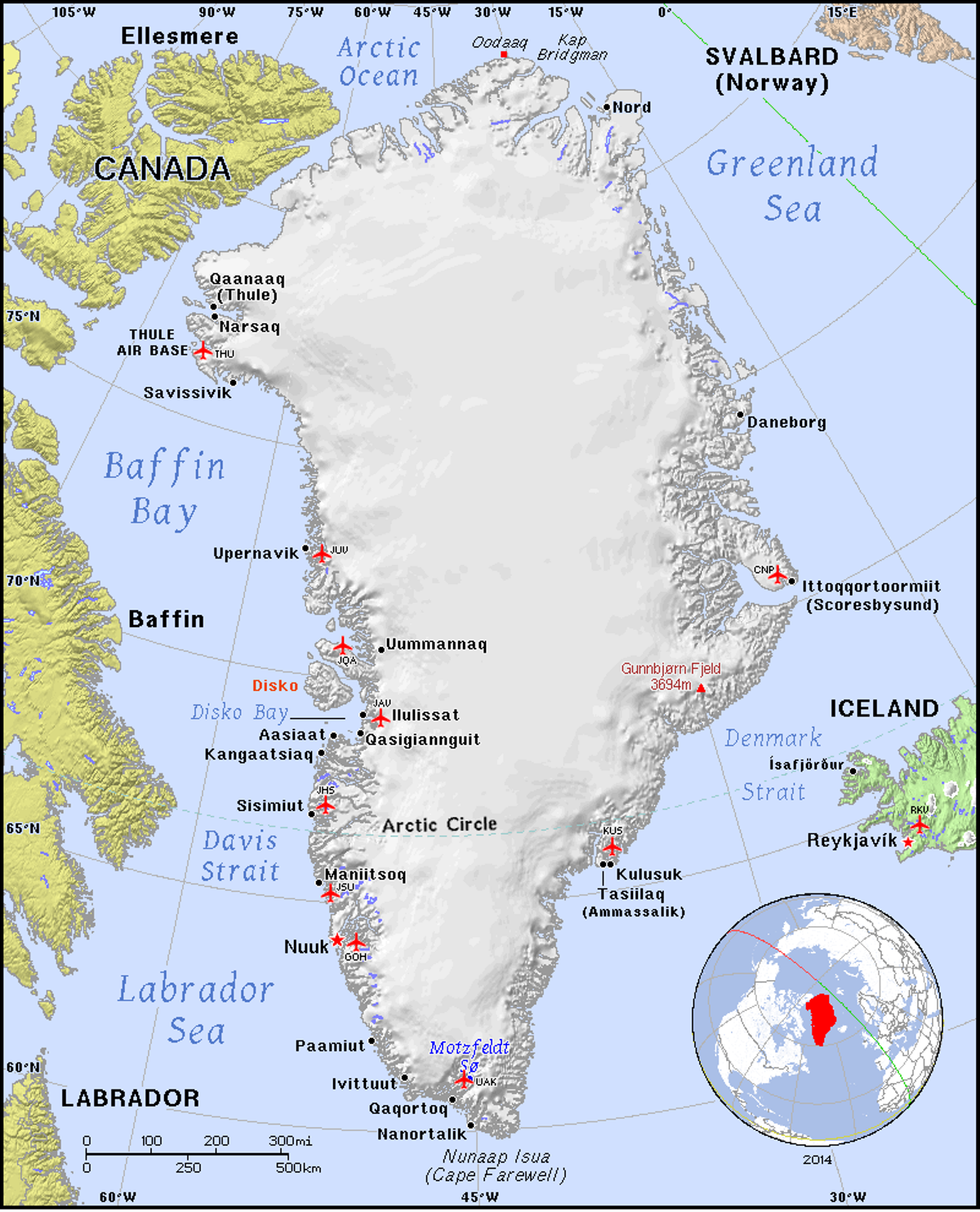 It is really interesting to think about how animals manage to survive in such difficult conditions, in an inhospitable environment made of ice, with very cold temperatures and constant food shortages. As we know, however, nature is very wise and has endowed these species with evolutionary stratagems that allow it to survive. The fauna of Greenland is not very extensive and is characterized by the following species:
– Musk ox: this huge mammal, distant relative of goats and sheep, has two characteristics that distinguish it from other species of Bovids: the curved horns present in both sexes and the thick fur, which covers it completely (with the exception of the legs) . The musk ox can weigh around 400 kilos, has a powerful and robust build, with short legs and a short tail. It lives in herds of up to 100 individuals, it reproduces during the month of August and takes care of the calves with extreme care;
– Polar bear: it is the largest land mammal of the Arctic region and one of the most famous inhabitants of the island, even if its population is in decline due to global warming and the lack of seals, which are the basis of food of this Ursus maritimus. The polar bear is one of the largest terrestrial carnivores in the world – together with the Kodiak bear – and is the only polar superpredator. The polar bear has more developed legs than the rest of its Ursidae family that allows it to walk between blocks of ice and swim even for long distances. Under the white fur is hidden a black skin that attracts and retains the heat of the sun’s rays;
– Walrus: it is another of the most representative animals of Greenland. It is a large pinniped mammal – measuring about three meters long and weighing 1,300 kilos – and can be seen in arctic seas. His skin is very thick (it has a border of about three centimeters) and both sexes have fangs that are even more than a meter long. The ends of the walruses are real fins with rough skin that allows them to move on the ground or between the rocks. To feed, they dive for almost 100 meters deep and can remain without breathing for about half an hour. They also mate in water, but the females give birth to puppies lying on blocks of ice or between rocks;
– Arctic fox: this small canid that lives in the tundra and on the slopes of Eurasia and North America arrived in Greenland walking on ice, hundreds of years ago. With small ears and a body that measures about 55 centimeters, the Arctic fox is able to live in one of the coldest areas of the planet. It has a thick fur against low temperatures, white in color, which allows it to blend in with the snow. In summer, the arctic fox takes on a lighter shade, more tending to yellowish. This animal does not go into hibernation or even migrate when it is winter, as opposed to the polar bear. It feeds on small mammals, birds, eggs and baby seals;
– Bearded seal: it is another of the pinniped mammals that are part of the fauna of Greenland and the nearby Arctic Ocean. Although it lacks auricles and has backward-facing fins, its main feature is its thick “beard”, which distinguishes it from other seals. The bearded seal measures less than three meters and can weigh over 300 kilos. There is not much difference between the sexes in terms of size. It feeds on clams, fish and squid, which it detects thanks to its long whiskers even at very high depths, often diving over 300 meters.