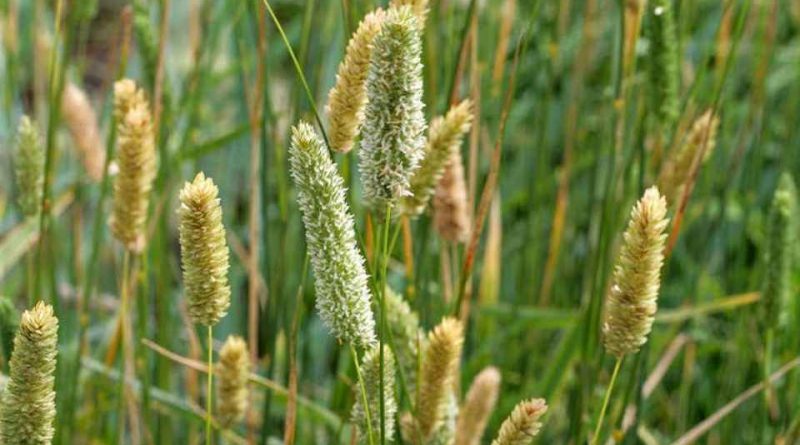 The bulbous canary-grass (Phalaris aquatica L.) is a herbaceous species belonging to the Poaceae family.

Systematics –
From the systematic point of view it belongs to the Eukaryota Domain, Plantae Kingdom, Magnoliophyta Division, Magnoliopsida Class, Poales Order, Poaceae Family and therefore to the Genus Phalaris and to the P. aquatica Species.
The terms are synonymous: Phalaris tuberosa L., Phalaris bulbosa auct. and Phalaris nodosa L ..

Etymology –
The term Phalaris comes from the Greek φᾰλᾱρίς phalarís, name of a plant already mentioned by Dioscorides. The specific epithet aquatica comes from áqua, water, with reference to the habitat where it lives preferentially.

Geographical Distribution and Habitat –
The bulbous canary-grass is a Mediterranean species in the strict sense with an area similar to that of the diffusion of the Olive.
Although of Mediterranean origin it was later selected and widely used in Australia, where it is one of the pre-eminent forages. Due to its characteristics it could be an interesting species of cultivation in the southern areas of Italy.
Currently it often appears as an infesting species and grows spontaneously, especially alongside watercourses, in the plain and hill areas. 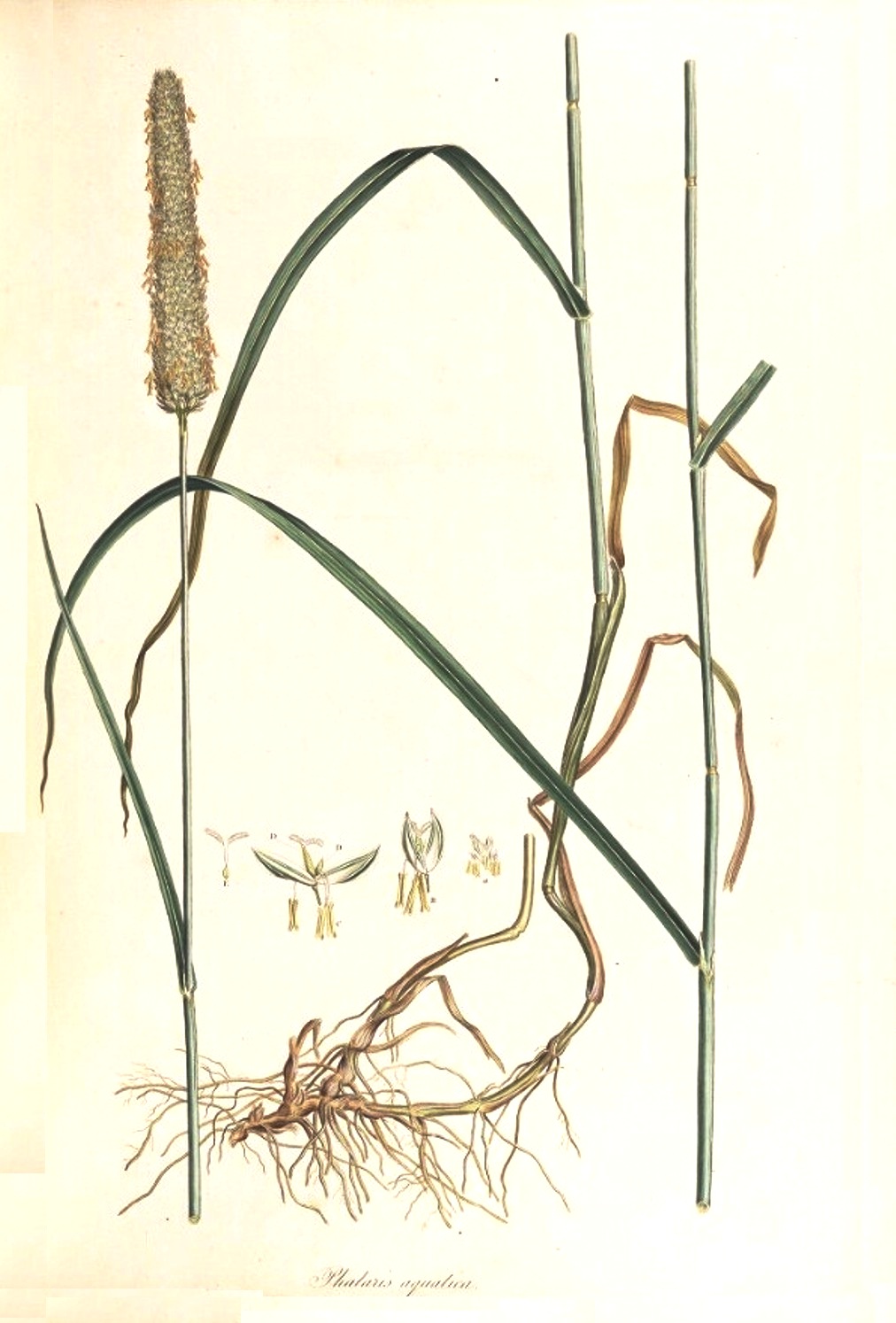 Description –
Phalaris aquatica is a tall-sized herbaceous species that reaches heights between 90 and 180 cm on average. It has deep roots, with erect, swollen culms at the base, very leafy, with rough leaves provided with an elongated ligule.
The inflorescence is a spiciform panniculus, cylindrical in shape, which brings numerous multi-flowered and relatively small spikelets (the weight of 1000 seeds is 1.3 g).

Cultivation –
From a pedological point of view, this species adapts to many types of soils, although it shows greater longevity in the more fertile ones where it can live up to 5-7 years.
It is a plant very resistant to drought due to its summer dormancy and in the presence of hot humid climates it produces well even in summer.
The Phalaris aquatica grows in the winter period but shows less resistance in colder climates.
However, it is a species that settles rapidly, giving high yields of good quality and palatability in the spring period.

Uses and Traditions –
Phalaris aquatica is a plant that lends itself to both grazing and mowing; however, it cannot be used exclusively by cattle for a long time as it can lead to poisoning due to the accumulation of toxic substances. This drawback has been overcome with a prior administration to the animals of cobalt-based compounds, although it is necessary to evaluate the subsequent metabolic reactions of this procedure on their metabolism.
It is a plant that can be associated with alfalfa and other perennial legumes; in Australia it is associated with underground clover.
Some varieties of Australian selection are available of this species while in southern Italy the genetic improvement of the autochthonous genotype is in progress.
The Phalaris aquatica has been used extensively in the past years and today, evaluating the various problems and the possibilities of intercropping and rotation, it could be reused above all in less cold climates.
The leaves and buds of this plant contain tryptamines and, in particular, Dimethyltryptamine (0.10%), 5-MeO-Dmt (0.022%) and Bufotenina (0.005%).

Preparation Mode –
The Phalaris aquatica is a species of exclusive cultivation for mowing and grazing plants while, to date, it has found no other application either in the human food sector or in the pharmaceutical field.