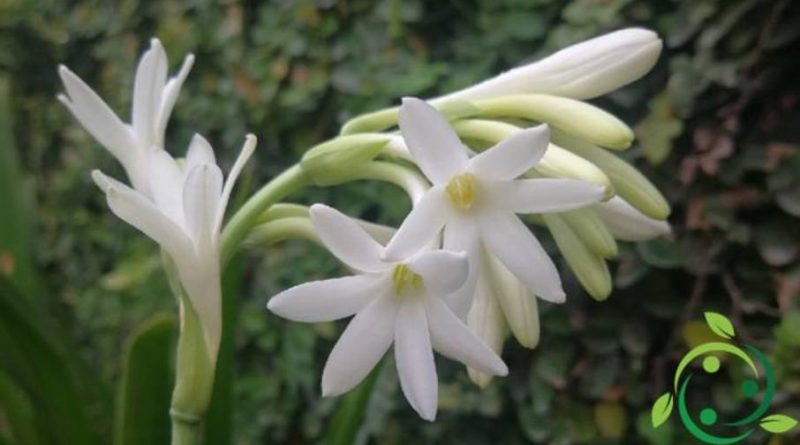 How to cultivate the Polianthes tuberosa

Polianthes are a genus of plants from the Agavaceae family, originating in Mexico and Texas.
Among the most famous and cultivated species we recall the tuberous Polianthes which is recognized by its fleshy rosette leaves and tuberous roots, with very fragrant white flowers gathered in spikelets. The Tuberose Polianthes is a plant widely used for ornamental purposes for borders of flower beds and for cut flowers from which an essence is extracted used in perfumery.
It is a perennial and delicate species that has a rhizome on which a bulb is formed surrounded by bulbils. The leaves are ribbon-shaped, long and arched towards the outside. In the summer it produces scented spikes of very, funnel-shaped flowers, with white perigonium which ends with rounded lobes.
In this card we will see how to grow Polianthes tuberose following the most useful agronomic tricks.
It is a plant that can be grown outdoors only in regions with a mild climate. In other areas, with a more rigid climate, it must be raised in pots, in greenhouses and eventually brought into the home during the flowering period.
For its cultivation it requires however loose or sandy soils or substrates, well drained and well fertilized, possibly with well humified organic substance.
We remember that if the winter temperature is kept around 18 ° C the plant will bloom in spring while, if it is lower, the flowering period will be in the summer.

In any case, you need to choose a good sun exposure.
The multiplication of flower cultivars is carried out by planting the bulbs extracted from the soil the previous year when the leaves become dry. Moreover for the small tubers that are formed around the principal four years are necessary to become tubers able to produce flowers. It is necessary to plant only tubers that we have never bloomed, because they bloom only once.
For the plant it is emphasized that the bulbs, for plants grown in pots, it is good that they are renewed annually; these must be planted in autumn in 12 – 14 cm pots. in diameter.
In the case of cultivation in the open ground it is necessary to work between January and February, placing the bulbs at a depth of 5-10 cm.
With regard to irrigation instead it is good that they are frequent, especially in summer, and then gradually decrease and cease completely around the period of October
It should be remembered that the inflorescences must be removed when they begin to wither, while the dry leaves must be removed in autumn.
With reference to possible diseases and parasites, the Polianthes tuberosa can be attacked by green aphids, mites, such as red spider mites; other damage can be caused by Phomopsis, a fungus that causes stem cancer, and by Sclerotinia sclerotiorum, which causes the rotting of the bulbs.