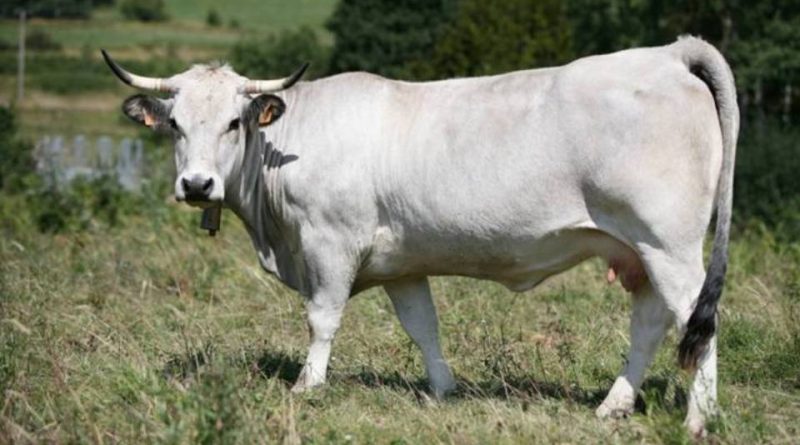 Gasconne is a bovine breed (Bos taurus Linnaeus, 1758) native to the south-western region of France, with a dual aptitude for meat production and work.

Geographical and area distribution –
The Gasconne, whose origin extends from the central Pyrenees to the Garonne basin, in addition to being bred mainly in the Languedoc-Roussillon region on the southern coast of France, which stretches from Provence to the Pyrenees, to the border with Spain is now also bred in Spain, Great Britain, the Netherlands and the Czech Republic.

Origins and History –
The Gasconne (international name Gascony) was formed in the 19th century by a native breed as a mixed breed for meat and work. It is a race native to the area of ​​France located in the center-east at the foot of the Pyrenees. Although it is a minor breed, bred in purity in Southern France, today it has been taken, as mentioned, to other European regions. This breed belongs to the gray branch of cattle that came to the fall of the Roman Empire with the Visigoths.
Today it is made up of about 25,000 cows, of which 8,500 are registered, out of a total of 40,000 head of which 60% are grazing in summer meadows. Of this breed about 1,000 bulls reproduce by artificial insemination, of which 260 are recorded in the herd book.
Of this breed, whose Genealogical Book has been established since 1894, there are two varieties: one with black muzzle and the other with black muzzle and black mucous with pink areoles. These two subraces have been combined into a single Genealogical Book since 1955.

Morphology –
The Gasconne is a breed with a greyish coat, with black tips (edge ​​of the ears, tip of the horns, tail, muzzle, hooves) and of medium height. The mucous membranes are dark. The horns are lyre-shaped, a feature that was important when these oxen were tied under the yoke. The adult females have a weight of 550-700 kg and a height, at the withers, of about 135 cm, the males have a height of 1.45 m and a weight of around 950 kg.

Production aptitude –
This breed has a dual aptitude for the production of meat and used, especially a time for working in the fields.
Today the prevailing attitude is that of meat and with modest milk production.
Gascon meat is a refined and compact meat. Its typical taste and its delicate flavor make it a very popular breed both by sellers who appreciate its grain and by consumers. The meat is sold with the label: Gascon Red Beef.
They are very rustic cattle especially due to the difficult conditions in which they were formed.
The main qualities of the Gascon are above all those related to the ability to breastfeed and raise calves by mothers, ease of delivery (with an average of one calf per cow per year) and a long life; moreover they are animals with a good robustness of the perpendicular and of the hooves that allow it to travel long distances along the tops of the mountain pastures of the Pyrenees.
They are also cattle that have good resistance to heat and light; an ability to adapt to different pastures and feeds.