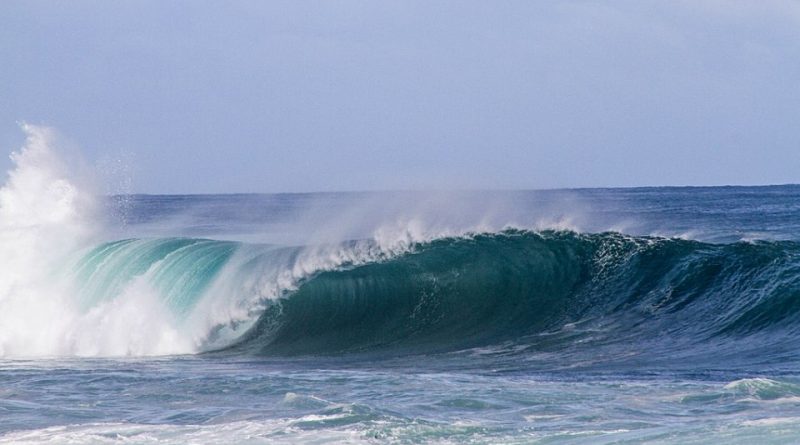 The trade winds are constant winds (belonging to the Hadley Cell), which blow in the tropical regions (between 30 ° lat. N and 30 ° lat. S); these winds run from north-east to south-west in the northern hemisphere and from south-east to north-west in the southern hemisphere; these two systems of trade winds are separated by an equatorial band of weak and calm winds, about 4 ° wide, whose median line coincides with the thermal equator.
A trade wind is therefore generated with a strong warming of the earth’s surface along the equatorial zone, which determines ascending currents, which are reflected by currents coming from the North and the South; these, deviated towards the West due to the earth’s rotation, originate the two trade winds. The ascending column in turn, coming up, pours from the two parts in the direction of the poles, forming the counteralisei (or antialisei).
The trade winds are part of the family of the “synoptic” winds (twenty linked to the weather situation of vast geographical areas).

The trade winds greatly influence the climates of the tropics, the areas (western tropical coasts) where the earth trade winds blow are very dry (eg the Namib desert) because they contain dry air, vice versa in areas where the sea trade winds blow (eastern tropical coasts). ) there are humid climates because they are rich in water vapor.
The trade winds, especially during the sailing ships, were very important. In fact it is proved by the fact that the circumnavigations of the Globe were normally carried out going west.
For this reason they were also exploited by Christopher Columbus, for his travels to the Indies, which led to the discovery of America.
The trade winds are very important winds also for the activity of the weighbridge.
When the trade winds blow from the ground (that is, on the western coasts of the continents) they push the superficial oceanic masses to the west, which are replaced by deeper nutrient-rich waters at the base of the marine food chain.
This is the famous phenomenon of upwelling that creates very rich areas of fish, the areas where these upwelling currents (current of the Canaries, current of Benguela, current of California, current of Peru) originate from the trade winds are very large and widely used for commercial fishing.