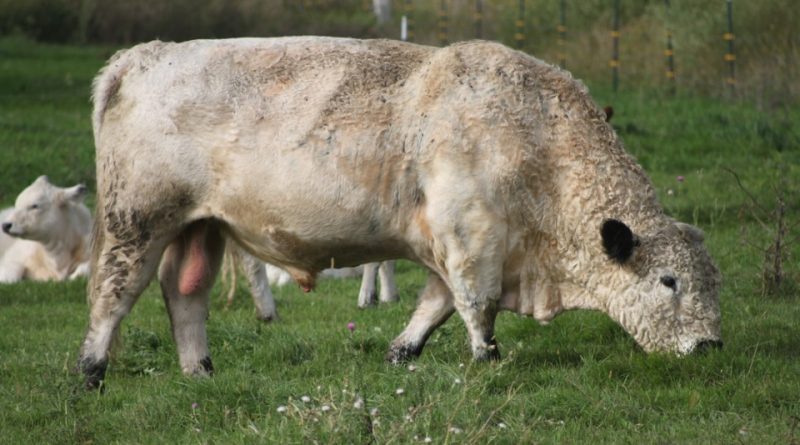 The Galloway White is a bovine breed (Bos taurus Linnaeus, 1758) originally from Scotland with a prevalent aptitude for meat production.

Geographical and area distribution –
Galloway White is a cattle breed bred in Scotland and exported to other areas of the world, even distant, as in New Zealand and very present also in Germany; this is because the Galloway White is a breed that can adapt to different climatic conditions.

Origins and History –
The Galloway White is one of the oldest beef cattle breeds in the world, which takes its name from the county of Galloway, in Scotland, where it comes from. This is a breed already known since the 1600s.
The Galloways White breed was first recorded, together with the Aberdeen Angus, from 1862 to 1877, when a separate genealogical book was created. According to some historians this breed began with the invasion of the coastal districts of Scotland by the peoples Norwegians who also brought their cattle with them. It is also believed that herds of white park cattle in Cadzow Park, Hamilton (near Galloway) are the source of the characteristic colors of the Galloway Whyte.
Today the headquarters of the Galloway Cattle Society is located in Castle Douglas, a small town in south-west Scotland.
An important export of the Galloway occurred in 1947, directly from Scotland to New Zealand, where it was first recorded with the New Zealand Galloway Society in 1994. These cattle, once very popular, have decreased considerably today so much so that there are few herds left in New Zealand today.

Morphology –
The Galloway White is a medium-small breed with a height of 115-125 cm at the withers. The coat is typically white with dark spots at the ends, on the snout, on the ears, at the feet and around the eyes.
The breed has no horns and the muzzle is black pigmented.
This breed is characterized by a mantle of dense hairs that help it withstand the harsh temperatures resulting also water repellent.
The calf of this breed at birth is smaller than most breeds – average birth weights are 35 kg for males and 31 kg for females.

Production aptitude –
Galloway White is a breed with a prevalent aptitude for producing high quality meat. Data collected in the United States has shown that the meat of this breed has yields of around 60-62% live weight, making it a very profitable breed.
In addition, Galloway meat is low in total fat and total saturated fat; it is rich in Omega 3 fatty acids and less than Omega 6 and has an excellent Omega 6 / Omega 3 ratio. It contains high levels of EPA and DHA.
It is a breed that has developed a good capacity to exploit meager pastures. Some studies have shown that this requires the least amount of feed per kilogram of weight gain, making these cattle converters very efficient.
In addition, the cows of this breed have a good yield at delivery and good maternity skills and originally were also used for milk production.
Galloway White has the lowest incidence of calving difficulties (0.8%), the highest weaning rate (95.5%) and the highest calf survival rate (95.2%).
Other features of this breed are strength, docility and longevity. Galloway White has a reputation for living up to 17-20 years of age.