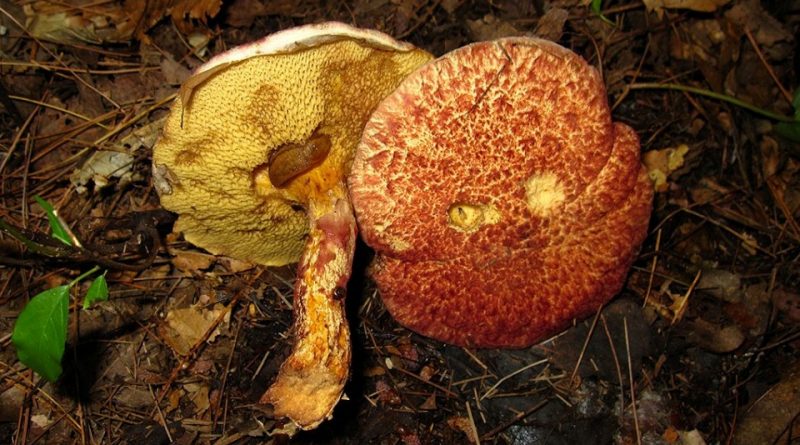 Etymology –
The term Suillus is the diminutive of sus, súis, pig: piglet, due to the particularly abundant size of mushrooms of this genus. The specific epithet spraguei was given in honor of C.J. Sprague.

Geographical Distribution and Habitat –
Suillus spraguei is a mycorrhizal fungus that grows associated with species of pine, such as strobe pine (Pinus strobus L.). In Asia it grows under the Korean pine (Pinus koraiensis Siebold & Zucc.), Armand pine (Pinus armandii Franch.), Siberian dwarf pine (Pinus pumila Pall. Regel) and white pine of Japan (Pinus Parviflora Siebold & Zucc.). This mushroom is present in China, Japan, Korea and Taiwan. In North America its range extends from Canada (Nova Scotia) to South Carolina and Minnesota. It is also found in Mexico (Coahuila and Durango) and was introduced in Europe where we find it in Germany and the Netherlands. 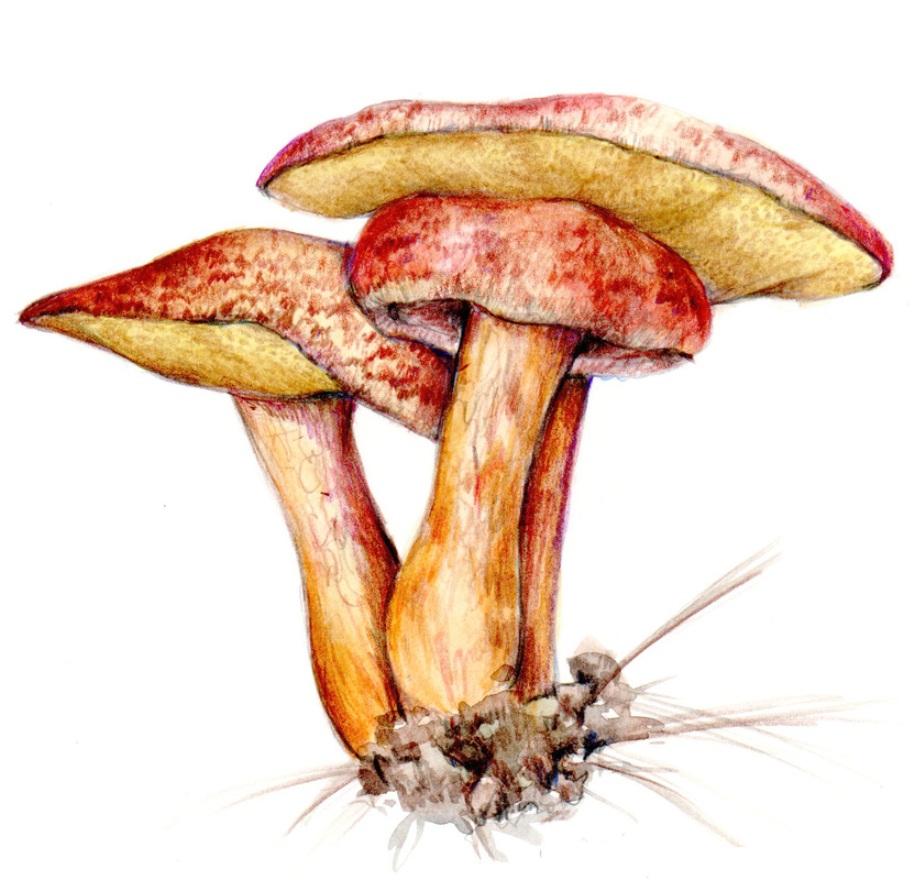 Recognition –
The Suillus spraguei is recognized by the hat which has a variable diameter of 3 to 12 cm, conical or convex in youth, smoothed in mature specimens. The margin is initially convoluted, then extended. The surface of the cap is covered with filaments and scales with the coloring of the latter ranging from pink to reddish brown, to then become gray-brown or yellowish in mature specimens.
Under the scales, the surface of the hat varies from yellow to yellowish orange and is dry. The pores are yellow and measure from 0.5 to 5 mm; the tubules measure from 4 to 8 mm in depth and are slightly decurrent. The youngest specimens may present a partial curtain that covers the pores that are still developing; with the expansion of the hat it tears off leaving a grayish ring on the stem.
The stem is 4 – 12 cm in height and 1 – 2.5 cm thick, with a cylindrical shape, sometimes at the base it is almost bulbous. There is a ring in the upper half of the stem; under it the stem is covered by filaments and has a brown-reddish color, yellow above. The stem is almost never hollow.
The meat is yellow; if the flesh of the whole fruiting body (cap, pores and stem) turns brownish if it is damaged. At the microscope, spores of 9–11 are noted for 3–4.5 µm, olive-colored to brown with a smooth and profile surface asymmetric; in front they appear oblong.

Cultivation –
Suillus spraguei is not a cultivated mushroom.

Uses and Traditions –
Suillus spraguei can be parasitized by the fungus Hypomyces completus, which initially appears as spots of whitish mold on the surface of the cap or stem, and then extends rapidly and produces conidia. Mold becomes yellow, then brown, brown-greenish and finally black when it forms the ascocarp. Suillus spraguei is easily recognized because it is associated with the strobe pine. Nevertheless it can be confused with other mushrooms; among these we remember:
– S. ochraceoroseus, which however has darker spores, thinner stem and is associated with larch;
– S. cavipes, another species associated with larch, which tends more to brown and has a hollow stem;
– S. lakei which has a less intense coloring than S. spraguei, a lower stem and usually grows under the Douglas fir;
– with the S. decipiens having the cap of the young specimens less red than those of S. spraguei, but with the adult specimens that have a confusing coloring; besides the S. decipiens has spores of irregular shape and is generally smaller: the cap varies from 4 to 7 cm in diameter, the stem is often from 0.7 to 1.6 cm and high from 4 to 7. It grows in south-east of the United States of America, from New Jersey to Florida and Texas.
Suillus spraguei is an edible mushroom with a slightly fruity taste. According to some authors it is of mediocre edibility because the meat has a gelatinous consistency and can take on a slightly acid taste.

Preparation Mode –
This pinarol is an edible mushroom that can be cooked and eaten like other edible mushrooms of its kind. It must be said that after cooking the meat of this mushroom becomes blackish.