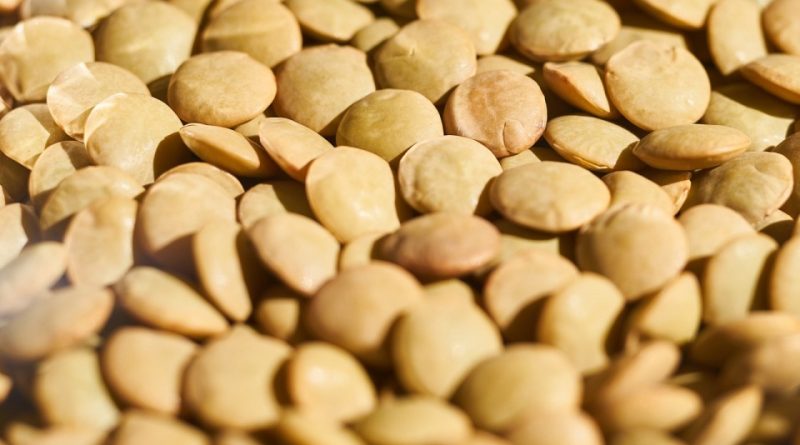 The Lentil of Villalba is a traditional agri-food product, recognized by the Sicilian Region and by the Ministry of Agricultural Policies and Slow Food.

Origins and History –
The origins of the cultivation of a lentil ecotype in the territory of Villalba can be traced back to a testimony written by the writer Giovanni Mulè Bertolo in the book Memorie di Villalba published in 1900. The cultivation of the Villalba lentil was however already historically present in the territory and it is about a lentil, like that of Altamura, with large seed (macrosperma), typical of temperate areas.
The period of maximum production of lentils in the area of ​​Villalba occurred between the thirties and the sixties of the last century, when about 30% of Italian production came from Sicily and in particular precisely from this town in the province of Caltanissetta. The Villalba lentil was particularly in demand for its organoleptic qualities but also for the preference that the market reserved in that period for the types with big seed. Subsequently, the cost of labor and limited yields have forced many farmers to abandon cultivation. Furthermore, the market has increasingly focused on reducing legume consumption and, at the same time, on increasing the consumption of small seed lentils, also favored by a shorter cooking time. Another crucial factor that caused the decrease in crops was the increase in the import of foreign pulses at significantly lower prices. The recovery took place only from the 1990s thanks to the interest of the CNR of Bari which brought out its superior characteristics.
Slow Food, which has reported it on the Ark of Taste since 2007, started the Presidium in 2012, which brings together the associations of the 23 local producers: the Villalba Voluntary Lentil Protection Consortium and the Lentil Producers Association of Villalba.
In the municipality of Villalba, where the local economy has always been based on agriculture, the cultivation of lentils and tomatoes, in rotation with durum wheat, constitute the fulcrum of the local economy. The Presidium enhances this resource, which could become a driving force for the local microeconomics.

Raw material –
The Villalba lentil belongs to the large-seeded lentils, macrosperma, green (green integument with yellow cotyledons). The diameter of this lentil is about 8 mm which makes it the most important ecotype in the supergiant class, since no other ecotype or other cultivated variety reaches such dimensions.
From the analyzes carried out on this legume it emerges that the Villalba lentil is characterized by a high iron content (sometimes over 10 mg per 100 grams of product) and proteins, combined with a low content of phosphorus and potassium. According to studies carried out by the CNR of Bari, the Villalba lentil is characterized by a high protein content (27.1 g / 100 g of dry substance), low content of phosphorus and potassium (respectively 312 and 812 g / 100 g of dry substance) , and due to the high iron content (5.1 mg / 100 g of dry substance).
Richly nutritious are also the straws that can be used to feed farmed animals, as a by-product, at the end of the harvest.

Production Mode –
The cultivation of the Villalba lentil, in autumn sowing, takes place on superficially plowed land and sown in rows 80 cm apart. Harvesting is done manually in mid-June, the plants are grouped in small bundles and left to dry in the open air for 5-8 days until the seed is separated, which is done mechanically.
In detail, the Villalba lentil cultivation technique currently includes: – soil preparation since the beginning of October with superficial work (10/15 cm deep);
– sowing, which runs from the second half of November to the end of January, depending on the type and exposure of the land; it is performed simultaneously with a poor fertilization of phosphorus and potassium;
– repeated weeding between February and the end of April (the lentil is in fact a xerophilous plant, which loves light, therefore it needs a continuous cleaning of the soil from every pest), and, if it appears useful, a modest tamping;
– the harvest, which takes place between June and July: grubbing up of the plants, usually done by hand, when the pods tend to turn yellow, and their arrangement in bundles, which are left to dry for about 5-8 days on the ground.
Until a few years ago, the technique used for spreading fertilizer and seed was by hand or by sprint. In this way they were used, on average, between 110 and 150 kg of seed per hectare and the distance between the rows varied between 80 and 120 cm, depending on the position of the soil (greater or lesser “slope”, or slope) and the its composition. Currently sowing takes place with an automated procedure and the distance between rows is reduced to 65 cm.
The Villalba lentil also represents, both for the agronomic techniques adopted and for the ability to improve soil fertility, as a nitrogen-fixing plant, a very suitable crop for an agroecological conversion of farms.
The collection and subsequent drying is a particularly delicate operation as it must allow the seed to remain green, an essential characteristic of the variety.
Once the drying is complete, the seeds are separated from the straws: the bundles are assembled and shredded thanks to the use of tractors, then the straw is separated with the help of the wind.
Finally the seeds are stored in bottles, generally in glass, but often also in plastic, well washed and hermetically sealed, without the addition of preservatives. In this way the lentils are well preserved, even for several years, preventing attacks by weeds or parasites in general. In the case of large quantities, storage takes place inside plastic drums for food, in which a condition of absence of oxygen (anaerobiosis) is created for about 15-20 days.

Gastronomic Use –
The Villalba lentil has a high cooking time (about 58 minutes). Despite this, the seed has a high resistance to flaking during cooking. The Villalba Lentil is used to prepare tasty soups seasoned with vegetables and wild fennel, but also a soup enriched with local sausages.