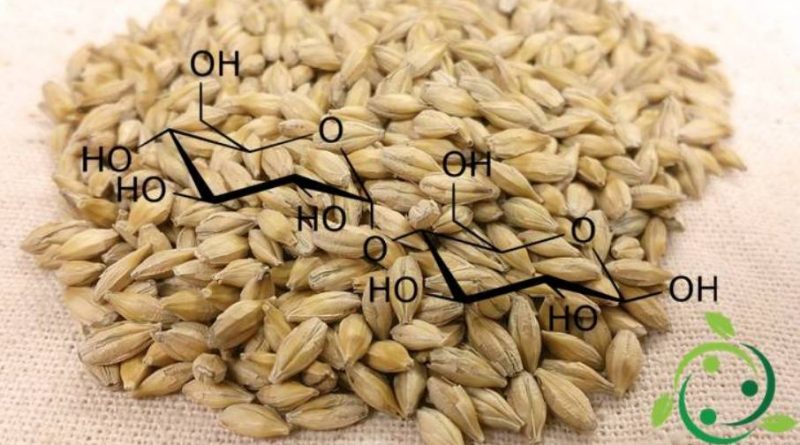 Maltose, also known as malt sugar or as in the official nomenclature: 4-O-α-D-glucopiranosil-D-glucose, is a sugar whose brute or molecular formula is: C12H22O11. Maltose at room temperature is a white, hygroscopic solid.
Maltose belongs to the family of disaccharide glucides which is formed by condensation of two glucose molecules through a 1α – 4 ’glycosidic bond.
There is an isomer: isomaltose, which instead has two glucose molecules bound with a 1α – 6 ’bond.
In nature, maltose is obtained by splitting, through the intervention of maltogenic amylase on starch.
Maltose is present in some vegetables, such as in germinating barley seeds, when they break down their starch reserves to be used as nourishment. It is also present in small quantities in royal jelly.
Maltotriose is obtained by adding another unit of glucose to the maltose; a further addition of glucose will produce the maltodextrins and finally the starch which is a polymer of glucose.

From maltose, two molecules of glucose can be obtained by hydrolysis.
This process occurs through the intervention of the enzyme maltase. In the laboratory the same result is achieved by heating with a strong acid for several minutes.
Maltose also acts as a substrate for the fermentation of yeast, thanks precisely to the action of maltase, which hydrolyses maltose to glucose; the latter will then be fermented by other enzymes present in the yeast, with subsequent production of alcohol (which evaporates during cooking) and carbon dioxide (which acts as a leavening agent). For this reason maltose is important in the brewing process and some fruit jellies.
Foods rich in this disaccharide should be consumed in moderation, due to the high glycemic index that characterizes it (IG = 152 compared to white bread).
Maltose has mutarotation and is a reducing sugar. It is used in the food sector, even in the form of syrup, and as a precursor to the maltitol sweetener.