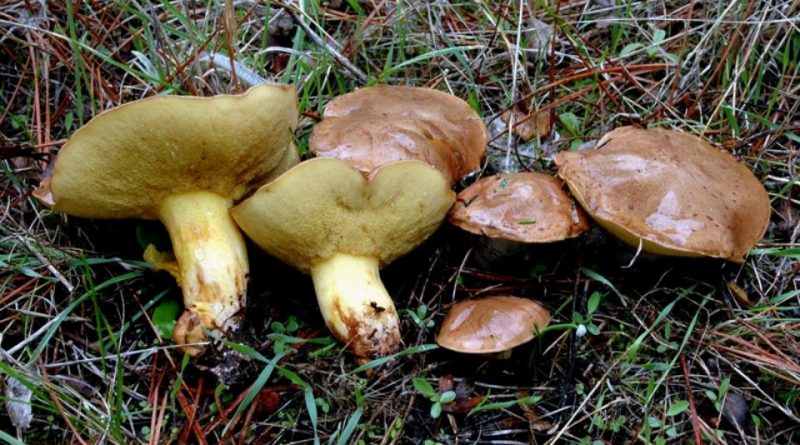 Systematics –
From the systematic point of view it belongs to the Eukaryota Domain, Fungi Kingdom, Basidiomycota Division, Basidiomycetes Class, Boletales Order, Suillaceae Family and therefore to the Genus Suillus and the S. collinitus Species. The terms: Boletus collinitus Fr. (1838 ) and Suillus fluryi Huijsman, (1969).

Etymology –
The term Suillus is the diminutive of sus, súis, pig: piglet, due to the particularly abundant size of these mushrooms. The specific epithet collinitus comes from cóllino ungere: anointed, as covered by a greasy patina.

Geographical Distribution and Habitat –
Suillus collinitus is a fungus that grows under conifers; it is a species closely linked to the Pine, with a preference for those with two needles (Pinus pinea L., Pinus sylvestris L., Pinus nigra JFArnold Pinus halepensis Mill. and Pinus pinaster Aiton) but it can also be found near those with three and five needles . It occurs in gregarious form from summer to autumn; it is a thermophilic species, abundant in the growth stations typical of Mediterranean pine forests and therefore also in coastal areas. The Suillus collinitus is however also common in the Po valley, also due to the planting of Scots pine for ornamental purposes. It is fruitful in the summer period. 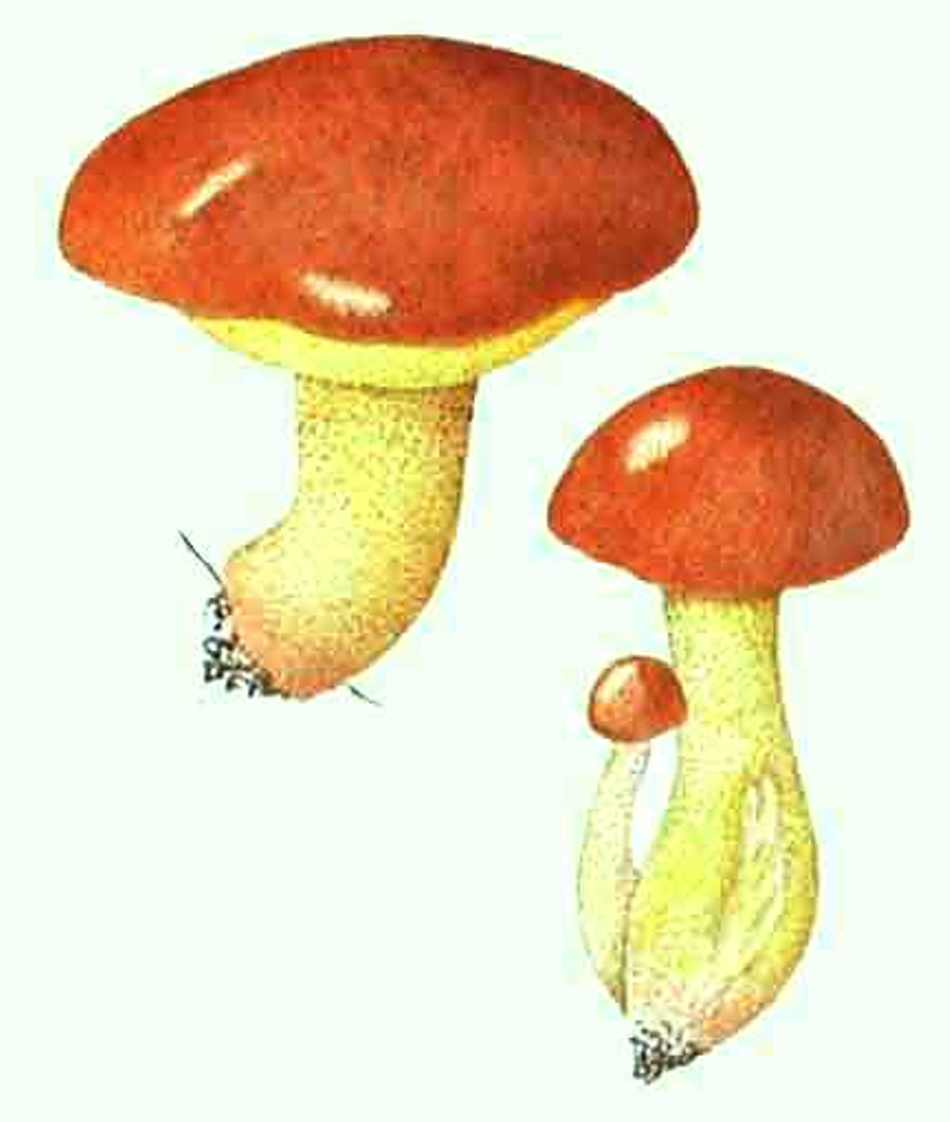 Recognition –
This mushroom is recognized for having a hat of 5–12 cm in diameter, first hemispherical and then convex-flattened, with a smooth, viscous, easily separable cuticle, of a brown, light brown color. Moreover, brown radial-oriented fibrils slightly darker than the rest of the cuticle are evident.
The tubules are adnate, yellow, greenish in maturity.
The pores are more or less large, angular especially near the stem, yellow and greenish when ripe.
The stem measures 6-9 X 1-1.5 cm, full, firm, cylindrical, attenuated at the base, with white coloring and yellowish shades at the apex and brownish-pink at the base, covered with a dense mycelium-colored texture pink and rusty-brown granulations more dense towards the apex.
The flesh is whitish with shades of yellow, of soft consistency and with a pleasant smell and taste.
At the microscope we can notice spores of olive-brown color in mass, smooth, fusiform, of 9-11 x 3-4.5 µm.

Cultivation –
Suillus collinitus is not a cultivated mushroom.

Uses and Traditions –
Suillus collinitus is a fungus very similar to Suillus granulatus but easily recognizable due to the rosy mycelium residues present at the base of the stem. As regards the similarity to other similar species or varieties we recall:
– Suillus collinitus var. velatipes Contu, Lavorato & Simonini, which has tubules that develop from the stem and degrade to remain minute towards the margin, abundantly visible gluten, in wet weather, as a residue of the general veil at the base of the stem;
– Suillus granulatus (L.) Roussel, equally edible, is recognized by the lack of cuticular fibrils and the base de stem without rosy hues;
– Suillus bellinii (Inzenga) Kuntze, less common, is distinguished by its glutinous and off-white cuticle or in any case for the non-homogeneity of its colors; for the slightly decorrente tubules and for the yellowish-greenish pores to the maturity of the spores and for the extremely short stem;
– Suillus luteus (L .: Fr.) Roussel, also edible, is distinguished by the presence of an evident ring and by the whitish flesh, in particular that of the hat;
– Suillus mediterraneensis (Jacquet. & J. Blum) Redeuilh, is distinguished by the cuticle at the beginning whitish, by the more yellowish flesh and by associating generally with Pinus halepensis Mill. in the Mediterranean area.
This fungus can be consumed as long as the cuticle is removed, in fact it performs a drastic purgative action. It is also preferable to consume young and fresh specimens, because the sponginess of the meat in mature specimens, absorbing a lot of seasoning, makes them difficult to digest. In some people, despite the removal of the cuticle, the consumption of mushrooms belonging to the genus Suillus still causes laxative effects, due to food idiosyncrasies, or particular secondary effects, excessive reactions of the organism that affect only some subjects that consume the fungus.

Preparation Mode –
Suillus collinitus can be eaten on condition that the cuticle is removed and only the youngest specimens are collected. However it is advisable not to abuse the quantities in order not to incur in possible laxative effects.