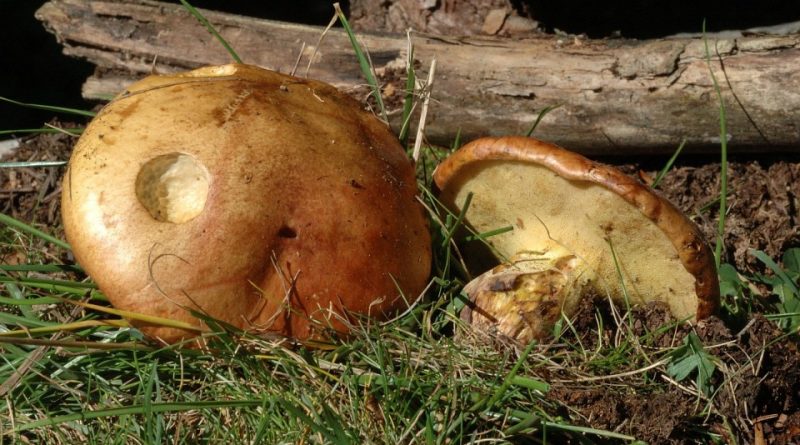 The Boleto Bovino (Suillus bovinus (L.Fr.) Kuntze) is a basidiomycete fungus belonging to the Suillaceae family.

Etymology –
The term Suillus is the diminutive of sus, súis, pig: piglet, due to the particularly abundant size of this mushroom. The specific bovinus epithet comes from the Latin “bovinus”, of the cows: in reference to its abundance.

Geographical Distribution and Habitat –
This symbiont mushroom has its habitat in pine forests where it grows in a widespread manner and in groups in the period between late spring and late autumn. 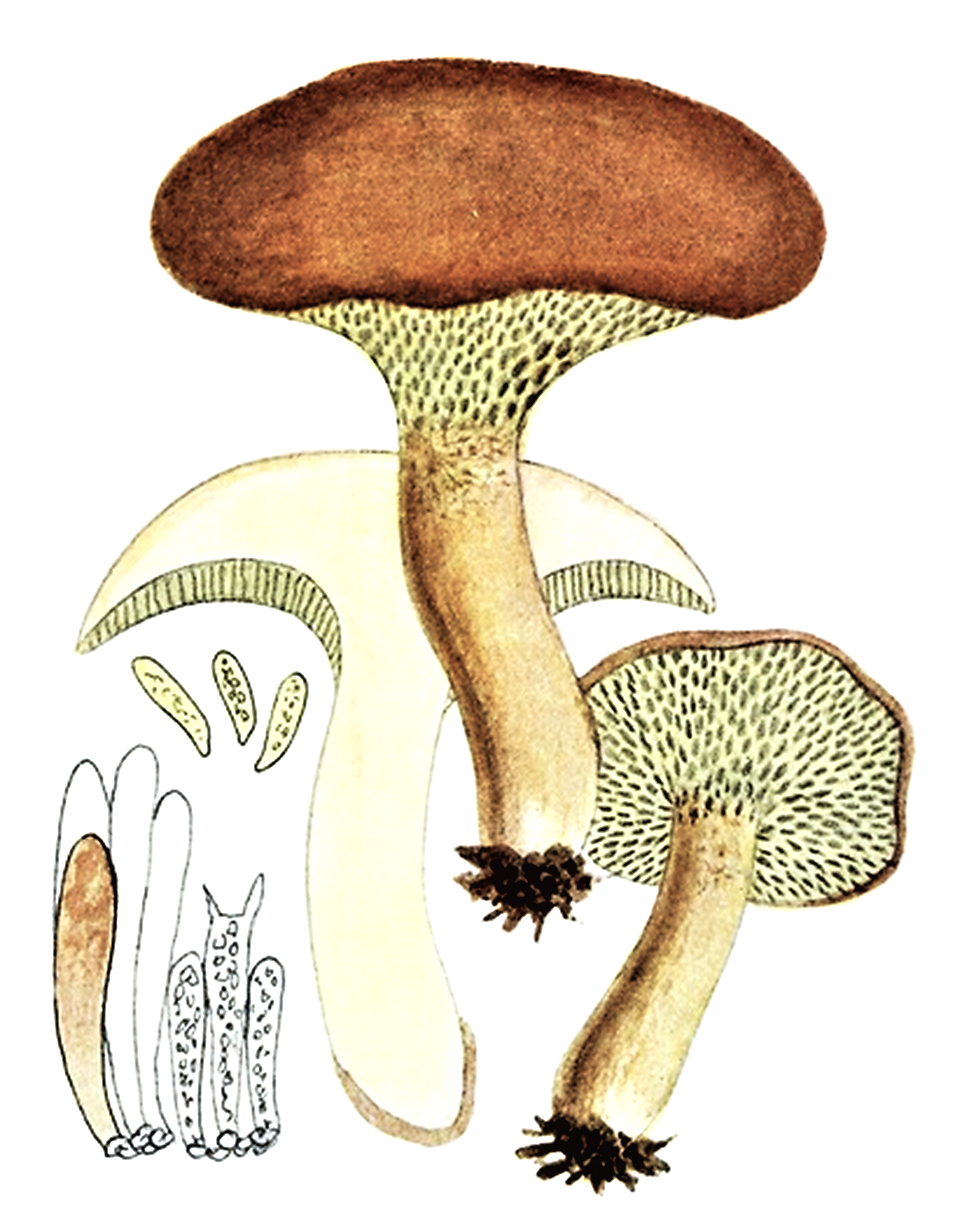 Recognition –
The Suillus bovinus is recognized by the hat of 5-12 cm, fleshy, elastic, first convex then flattened, viscous with moist and shiny weather with dry climate, with tawny-ocher color and sinuous edge.
The tubules are wide, short, not separable from the flesh, of a first yellowish color then almost greenish. The pores are large, yellow-greenish and then brown-olive.
The stem is 5-8 x 0.7-1.5 cm, full, ocher fawn, with remnants of hyphae at the base.
The flesh is creamy, slightly reddish, soft, with a bitter taste.
At the microscope, spores of 7-10.5 x 3-4.5 µm are noted, from fusiform to ellipsoidal, of olive color in bulk.

Cultivation –
Boleto Bovino is not a cultivated mushroom.

Uses and Traditions –
This Pinarolo is often confused with congereri species; it is a edible mushroom but one of the less prized Suillus from the gastronomic point of view due to its not particular taste and its flesh that becomes very soft after cooking.
In some areas of Italy, such as the areas adjacent to the Lucca area, it was once sought after and very consumed. Its poor organoleptic qualities were compensated by the fact that only very young specimens were consumed, with meat that was still substantial; this practice was possible because S. bovinus was very common and abundant, being born in groups of numerous specimens and thus allowing a selection of sporophores already in the field.
This data leads us to note that on average, at least in the areas known to us, both the growth stations and the abundance of fruiting in the same preferential habitats have greatly decreased. However, in periods with a particular climate with considerable rainfall and temperatures well above average, S. bovinus presented again with distributed and abundant fruiting, as, probably, it was in the past.
It can be confused by the less experienced with the S. variegatus (Sw.: Fr.) Richon & Roze, which has pores of the same color, which differs, however, by the surface of the velvety hat, covered with fine brownish flakes and the inseparable cuticle.
Difficult, on the other hand, is confusion with other Suillus as they are very different in the colors of the hat and the hymenophyte, or have the ring on the stem.

Preparation Mode –
Suillus bovinus, even if it is not a fungus of good edibility, can be consumed provided that young specimens are collected and the cuticle is removed from the cap as it is often indigestible or “laxative” but not toxic.
At cooking it becomes inconsistent unless, as mentioned, extremely young specimens are used.