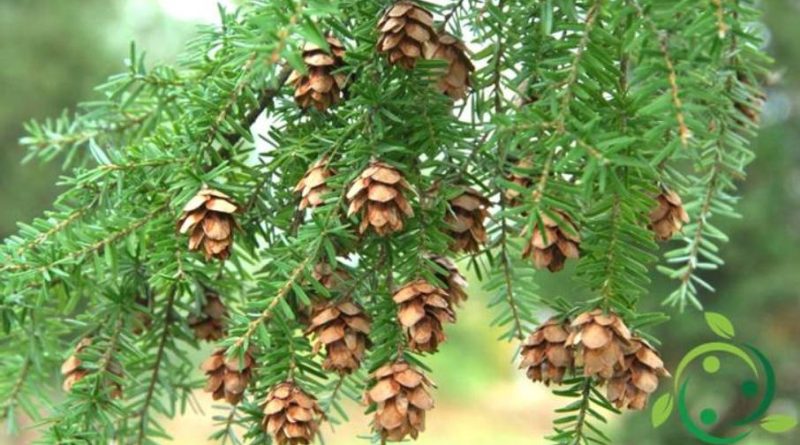 How to grow the Fir of Canada

The Tsuga occidentale or Fir of Canada (Tsuga heterophylla (Raf.) Sarg.) Is a species native to the west coast of North America, with its north-western limit on the Kenai Peninsula (Alaska) and its limit southeastern in the county of Sonoma (California).
In this card we will see how to grow the Fir of Canada, with the most appropriate agronomic tricks.
The western tsuga is a large evergreen conifer that grows up to a height of 50-70 m in height and with a trunk of diameter up to 2.7 m. The bark is brown, thin and covered with furrows. The crown has a very clear and wide conical shape in young trees with a strongly drooping main shoot, which becomes cylindrical in older trees; old trees may not have branches in the lower 30-40 m. In all ages, it quickly distinguishes itself from the tips of hanging twigs.
The fruit of the Fir of Canada is a small round or slightly oval cone, containing numerous seeds; it matures in about six months and then falls, or stays on the tree for a few years. This plant is often used for hedges or borders, especially in dwarf species; poorly tolerates saltiness and pollution. As regards the correct location of this type of plant it is good to choose a fairly sunny area even if, in areas with particularly hot climate, it is good to repair the plant in half shade or complete shadow.
The Canadian fir is a plant that tolerates the cold well and indeed prefers temperate to very hot climates.
The spruce of Canada is a type of tree that is best suited to rich, well-drained and humid soils with a slightly acid or neutral pH; the plant does not like excessively sandy soils. In any case, when burying specimens of this genus, it is advisable to check that the soil has a correct drainage; this avoids the onset of water stagnations that are badly tolerated by the Fir of Canada.

For the planting of this plant it is possible to choose between spring and autumn; in warmer climates it is however better to choose autumn to allow the plant to form a root system in advance.
In spring, organic fertilizer must be planted at the base of the plant.
Pruning must be done in the spring. This type of tree can easily withstand even massive and vigorous pruning without presenting particular problems.
Furthermore, with regard to water supplies, it should be remembered that the Canadian fir does not tolerate drought well; even if it bears short periods without rain. In the case of long periods when there is no precipitation, it is good to irrigate the plant abundantly, at least once a week, especially for smaller specimens.
If you choose to multiply the Fir of Canada on your own, please note that the multiplication of these plants occurs both by seed and by cuttings, in spring. The seeds should be placed in a soil rich in nutrients and in special containers, which should be kept away until the new shoots have gained strength. The cuttings should be prepared in the autumn and placed in a shady place in a substrate consisting of 70% silica sand and 30% peat. The rooting environment must be kept moist until the plants have formed the new root system well.
As far as diseases and attacks of parasites are concerned, the Fir of Canada can be subject to mites and aphids that can massively hit the plant.
The conditions to avoid the proliferation of these parasites consist in maintaining a balanced degree of soil moisture, an exclusively organic fertilization, without the contribution of nitric nitrogen, a greater aeration of the foliage in places that are not too sunny. In case of need it is advisable to intervene with emulsions of water and Marseille soap, in the percentage of 10/20 grams per liter of water which must be vaporized, even at repeated intervals every seven days, on infested specimens.