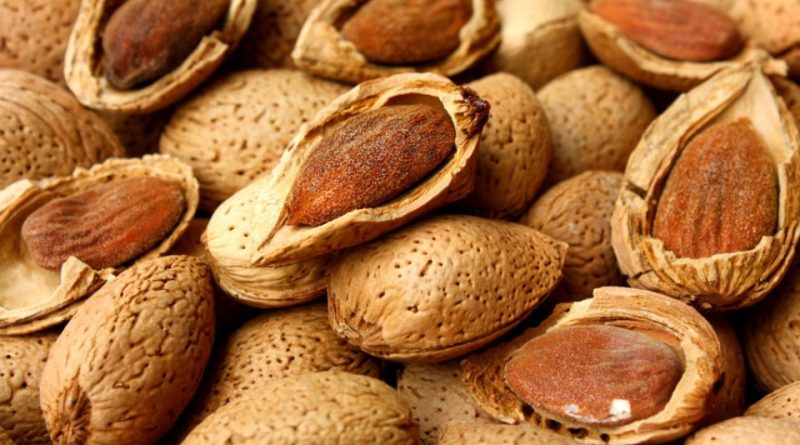 Under the denomination of Almonds of Avola fall three cultivars of Almond: Pizzuta d’Avola, Fascionello and Corrente d’Avola or Romana) which originate from the territory of Avola in the province of Syracuse.

Origins and History –
The origins of the cultivation and processing of almonds in the south-eastern area of ​​Sicily, first of all in the Municipalities of Avola, Noto, Rosolini and Canicattini Bagni, are very ancient and boast a centennial history.
The Avola almond, considered one of the best in Italy (and in the world), is a protagonist of the gastronomic tradition of the beautiful town on the Syracusan coast, as well as being known and appreciated even well outside the Sicilian borders. News on its production can be found already in the nineteenth-century writings of the botanist Giuseppe Bianca and, more recently, in those of Francesco Monastra.
The sector, in addition to the actual agricultural production, involves many companies involved in the processing, packaging and transport of this product. The historical testimony of this activity is certified by the presence of the Marzipan factory, of Cav. Dʻagata e Figli (active until the end of the 1960s) which he exported to the world already in the early years of the last century.
The “Consorzio Mandorla Avola” relies on the Protected Geographical Indication mark, for which it has presented the necessary documentation to the Ministry of Agricultural Policies.
In the intentions of the consortium, the IGP, in addition to further enhancing a typical product, could constitute a deterrent against unfair competition and increasingly recurrent cases of counterfeiting.
Certainly the Italian market has been invaded for years in particular by Californian almonds, often of much lower quality but marketed at competitive prices thanks to low production costs. The royal pasta, the martorana fruit, the nougat, the mustazzoli and many other Sicilian pastry specialties are based on almonds. It is therefore a question of protecting more effectively traditional native varieties that offer fragrant, sweet, aromatic fruits that have nothing to do with imported almonds. The request for the “Mandorla Avola” PGI includes the types pizzuta, romana and fascionello. Currently it is included in the list of Traditional Agri-food Products (PAT) of the Sicily region.

Geographic area –
The Almond of Avola is a priceless heritage of the magnificent coastline that links the province of Syracuse to that of Ragusa. This almond, praised by Leonardo Sciascia (Racalmuto (AG), 8 January 1921 – Palermo, 20 November 1989) for its “perfect oval”, contributes, together with the delicious Nero d’Avola wine, to make the place of which it bears famous and appreciated name all over the world.
The production area of ​​these almonds is included in the Municipalities of Avola, Noto, Rosolini and Canicattini Bagni.
In particular, the Municipality of Avola (south of Syracuse) lies along the Via Elorina, one of the oldest Greek routes in Sicily and is framed by the clear waters of the Ionian Sea and lashed by the breezes that blow from the Iblei hills.

Raw material –
There are thousands of almond varieties present in Italy and in the world but with the denomination “Almond of Avola” only three cultivars are indicated: Pizzuta, Fascionello and Romana (or Corrente d’Avola).

Description –
The Pizzuta d’Avola almond is a cultivar of Prunus dulcis (Mill.) typical of the area of ​​the Val di Noto area, in particular of Avola in the province of Syracuse. It was selected in the nineteenth century by the avolese botanist Giuseppe Bianca. Flowering begins in January. Almonds ripen between the third decade of July and the first decade of August. This variety is self-incompatible. Generally, for harvesting, it is blanched. The shelled yield is between 21 and 23%. The percentage of double seeds is around 15%. It is highly sought after in the confectionery industry and for the production of sugared almonds.
The Fascionello almond is an Italian cultivar of unknown origin widespread in the province of Syracuse with a medium vigorous tree, growth-increasing growth habit, with a very early flowering period; good productivity and medium-early harvesting period that occurs in the first ten days of September. The almond is large, spheroid-amygdaloid and with a hard shell, a rough surface and medium pores. The medium-sized seeds, elliptical shape, brown color, rough surface and medium-high taste. It is self-sterile, with double seeds around 5-10% and a yield of 20-25%. It is suitable for the production of sugared almonds.
The Roman almond (or Corrente d’Avola) has a somewhat triangular and irregular shape and often inside a shell there are two twins so of halved thickness. It is the one that gives the best fruit from the organoleptic point of view (the taste is intense and aromatic, the pinkish-white color) but less appreciated by the market (for the squat and irregular shape). This almond is widespread mainly in the territory of Noto and the name derives from the patronymic of the Avolese Roman family in whose fields it was found and to which must be ascribed the merit of spreading it; it is triangular and irregular in shape, with very high twinning. It is used exclusively in the pastry shop.

Production Mode –
Native to the Avola area, they are the finest almond cultivars on international markets. The period of early flowering, in fact in full winter, allows these cultivars to proliferate only in the marine and low hill areas, where late frosts are very rare. For these reasons, its production area is limited to the provinces of Syracuse and Ragusa, the sunniest in Italy.
It is grown both in dry and in irrigation on medium-textured or sandy soils and with planting widths of 6 x 6 or even narrower.

Gastronomic Use –
Almond is one of the most representative ingredients of Sicilian gastronomic tradition. It is no coincidence, therefore, that there are numerous recipes of which he is literally the protagonist. First and foremost that of confetti, but also those of excellent nougats, cubaita, the famous marzipan, martorana fruit, refreshing granitas and almond milk. Among the simplest to prepare is the almond pudding, commonly called Biancomangiare.
In the case of the Avola almond it is used, mainly in the confectionery, to make marzipan, martorana fruit, nougat, cubaita, cassata, almond biscuits, almond milk, almond granita and almond pudding . In confectionery, the Avola almond (cultivar Pizzuta di Avola) lends itself well to making confetti.
And if the pizzuta variety is famous for the sugared almonds, the Roman wine, due to its organoleptic characteristics, is even better suited to be used in pastry making and dough processing.
Moreover, due to the undisputed nutritional qualities that distinguish them from other almonds, all three cultivars are among the most sought after for dietary use. Their oil is also a component of some cosmetic products.