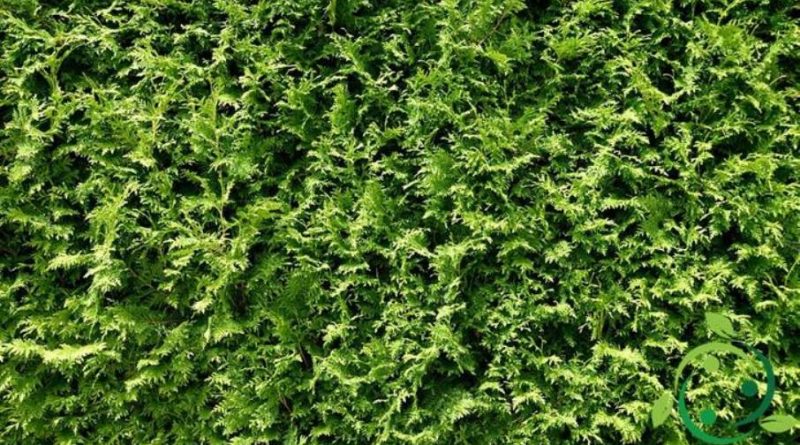 How to grow Thuja

Thuja (Thuja, L. 1753) is a genus of plants belonging to the Cupressaceae family. This genus is native to Alaska, the North American Lakes region, China and Japan.
In this card we will see how to grow the Tuia following the most suitable agronomic measures.
Within this genus, the Thuja occidentalis, which adapts easily to cold climates, is particularly important for its ornamental use; its natural habitat is in fact that of the northern states of America (eastern part of Canada and the United States of America).
This species was introduced in Europe for ornamental purposes, in Italy it is frequently cultivated in parks and gardens, with numerous cultivars that differ in foliage color and general growth, and sometimes diffused in the sub-spontaneous state.
It is a monoicous, evergreen tree, with a pyramidal crown, rather slow to grow, so that it can take over 150 years to reach 15 meters in height.
The bark of the branches is fibrous, with squamette leaves arranged on four rows of dark green on the upper page and yellowish-green on the lower one. The branches, slightly flattened, are arranged on the same plane to form horizontal fan-shaped structures, mostly pendulous; if rubbed they give off an intense scent of apples.The flowers are diclini, small and apical those masculine, colored, first yellow and then brown, those female. Flowering occurs between March and April.
Due to its characteristics, Thuja occidentalis is an evergreen plant cultivated for ornamental purposes in gardens and parks, singularly or as a separation hedge.

For the cultivation of the Tuia it is taken into account that this plant prefers clayey and calcareous soils but it is advisable to choose soft and rich soils of organic substance and well drained; it also tolerates urban environments discreetly.
Moreover, La Tuia prefers sunny places and adapts to any climate, so not only the most rigid one with very cold winters. The only limitation is that it does not tolerate the salty air of seaside cities.
As far as irrigation is concerned, these are necessary only for young specimens and in the presence of very dry periods. For adult plants, the meteoric contribution of seasonal rains is sufficient.
Fertilization should be carried out during the vegetative rest period and at the beginning of spring by distributing organic fertilizer at the foot of the plants, mixed in the first layers of soil.
Let us remember that the Tuia can be multiplied by seed and by semi-woody cutting in spring.
The plant must be carried out in deep holes twice as wide as the ground bread and is made in late spring. Subsequently, in winter, it is advisable to protect the base of the plants with a light mulch of dry leaves or straw.
For pruning the most suitable period is that of the month of March in which one can intervene in an incisive manner, giving the shape that is considered most appropriate to the plant; then in September we can proceed instead to apical pruning. We see the diseases and parasites to which the Thuja can be subjected.
Thuja fears above all the root rot caused by water stagnation (this is why we recommend a soft and permeable soil) and the bacterial fire, a disease that burns the leaves; the affected part appears blackish and lacking in vitality. Among animal parasites, they fear mites and aphids that are very resistant to treatment.
To avoid these pests you must absolutely avoid fertilizers based on nitric nitrogen and maintain the water state of the soil of the plant neither too wet nor excessively dry.