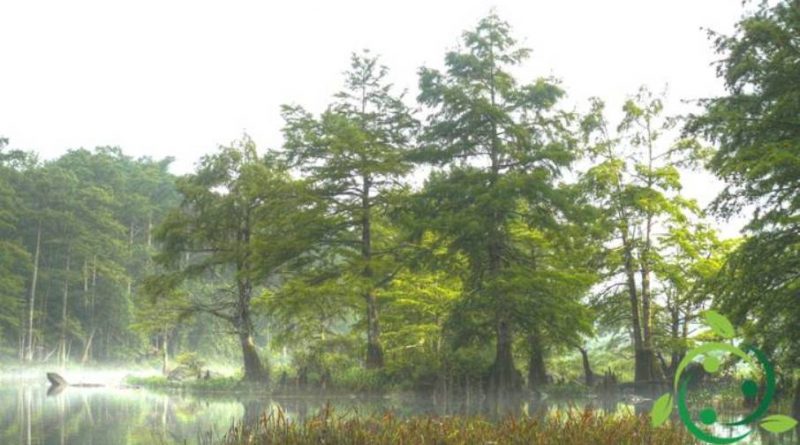 How to cultivate the Cypress of the marshes

The cypress of the marshes, also known as bald cypress or taxodio (Taxodium distichum (L.) Rich., 1810) is an arboreal species of the Cupressaceae originating from the southeastern United States.
Taxodium distichum is a majestic conifer typical of swampy areas, which reaches a height of 30 meters, with a conical shape, a large massive trunk about 2 meters in diameter and aerial roots called pneumatophores. The bark is red-brown in color and the leaves are needle-like, light green, turning to yellow – deep red in autumn. One of the few conifers to strip in winter, during the autumn the plant loses entire lateral branches remaining with the main bare branches.
In Italy its cultivation is taking place in the waters of the subalpine lakes where they are planted directly in the submerged soil.
In this card we will see how to cultivate the Cypress of the marshes taking into account its main needs.
The cypress of the marshes was among the first American trees introduced in Europe, in 1640; it is a very resistant plant, which adapts well to windy areas or with high temperature ranges. It also likes wet and fresh soils, it tolerates even cold temperatures well but young plants must be protected in the first years of age.
For the choice of the area where to plant the young seedlings of Taxodium distichum we must consider that they prefer moist, swampy or even submerged soils, rich in organic substances and tolerate the cold well.

It therefore requires a humid and not too cold climate: in harsh climates it survives, but it cannot reproduce as the ice damages new plants.
Due to its biological characteristics it is not necessary to carry out any fertilization before planting, especially if the aforementioned soils are chosen. It is a plant that can also be cultivated in large pots and in any case, wherever cultivation is carried out, the growing medium or the soil must be kept constantly humid. Even a single day of water scarcity can be fatal.
Consider, in fact, that, in its natural habitat, it grows in the humid plains, or seasonally flooded, in the sandy and silty loops of rivers and streams, even in marshy soils, in which it survives, even in lack of oxygen, thanks to the characteristic outcropping root tubercles from the ground, called pneumatophores, which perform the function of oxygenation, capable of guaranteeing the supply of oxygen to the submerged parts even in periods of flooding of the soil.
As for pruning, the cypress of the marshes does not require pruning, except for the elimination of dry or sick branches. If you want to intervene, avoid cutting the top, and work at the beginning of spring on the side branches. Only the green ones repulse, while the old vegetation does not grow again.
Taxodium distichum is also a plant that is fairly resistant to parasitic diseases and insect and mite infestations.