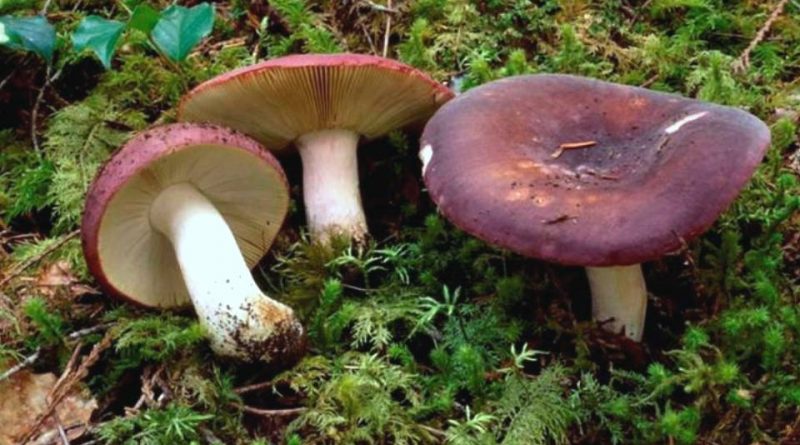 The Columbine with the smell of herring (Russula xerampelina (Schaeff.) Fr., 1838) is a basidiomycete fungus of the Russulaceae family.

Etymology –
The term Russula is the diminutive of russus red: a little reddish, a term attributed to the presence in this family of mushrooms with predominantly red color. The specific epithet xerampelina comes from the Greek dry ξηρóς xerόs and from αμπελος ampelos vite: the color of dried vine leaves.

Geographical Distribution and Habitat –
Russula xerampelina is a mycorrhizal symbiont fungus that preferably grows in coniferous but also broad-leaved forests; the fruiting period is between summer and autumn. 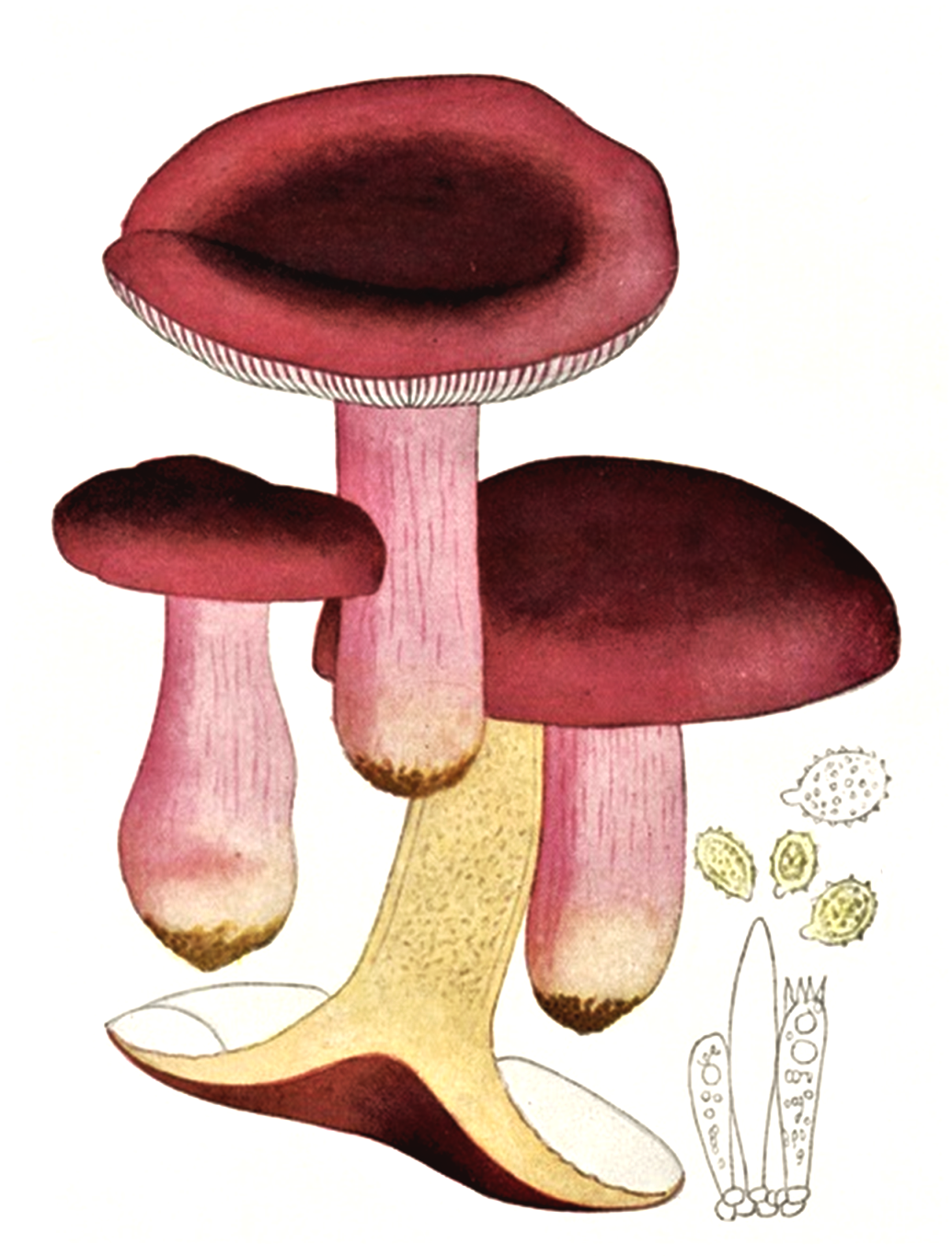 Recognition –
It is recognized by the hat of 5-12 cm in diameter, first convex, then flattened, with inseparable cuticle, viscous in wet weather, more or less smooth, carmine-purple, sometimes with greenish, brown or yellow shades. The margin is thin, grooved in the adult specimens. The lamellas are dense, spaced in the adult, cream-whitish then ocher-pale, a little lard to the touch.
The stem is 4-8 x 1.5-3 cm, cylindrical, thin, smooth, first firm then marrow-like, slightly swollen at the base, whitish with pinkish shades.
The flesh is firm, thick, white, which tends to darken in the air, with the smell of herring or shrimp and mild taste.
At the microscope, spores of 8-11 x 6-8.5 µm are noted, of yellow-ocher color in mass, ellipsoidal or rounded, warty, with ridges of 1 µm.

Cultivation –
Russula xerampelina is not a cultivated mushroom.

Uses and Traditions –
The Russula xerampelina is a fungus with a characteristic fishy smell and a tendency to brownish to rubbing or age, especially on the stem and on the lamellae.
Of this fungus we highlight some varieties including:
– Russula xerampelina var. barlae, which has a yellow-orange cap.
– Russula xerampelina var. elaeoides, with an olive-green hat with purple shades at the edge.
The Colombina to the smell of herring is a mushroom of mediocre edibility that gives off a characteristic and persistent odor, more pronounced in the adult mushroom of herring or trimethylamine which allows its easy recognition, despite the variability of its colors.

Preparation Mode –
This mushroom, due to the characteristics of its meat and for its good use in the mixed, not alone, and in any case in proportions such as not to make its characteristic odor prevail, not very pleasant. Guide Bissanti