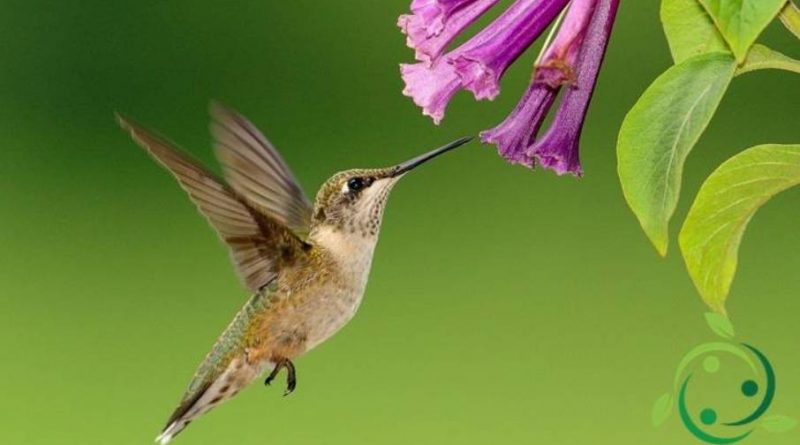 Ornithophilous or ornitogam pollination is the pollination mode in which the mechanism of pollen transport is operated by birds.
Usually the flowers pollinated by birds have a showy color (yellow or red) accompanied by a copious production of nectar.
It should also be noted that, in ornithophilous pollination, the flowers are pollinated by birds that feed on the nectar produced by the same flowers. The birds involved in this process are defined nectarivorous, that is they feed on the nectar produced by the flowers.
To carry out this function the birds introduce the long beak into the calyx of the flower.

Among the birds that feed on the nectar of the flowers and at the same time operate the ornithophilous pollination we remember: the hummingbirds (Trochilidae), the Australian honeyeaters (Meliphagidae), the African nectarines (Nectariniidae) and some species of parrots of the Psittacidae family.
These species have morphological and functional similarities in common such as: thin and elongated beak, aptitude for stationary flight.
It is therefore a typical example of evolutionary convergence, linked to similar eating habits. Some of the plants that attract birds are: Banano, Cactus, Hibiscus and others.