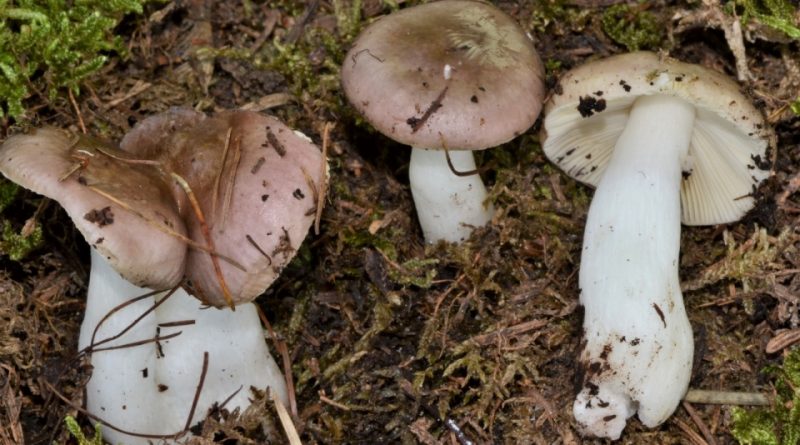 Systematics –
From the systematic point of view it belongs to the Eukaryota Domain, Fungi Kingdom, Phylum Basidiomycota, Class Basidiomycetes, Russulales Order, Russulaceae Family and therefore to the Genus Russula and to the Specia Russula nauseosa.
The terms are synonymous: Agaricus nauseosus Pers., And Russula nauseosa var. fusca J.E. Lange.

Etymology –
The term Russula is the diminutive of russus red: a little reddish, referring to the prevailing color of some mushrooms of this family. The specific nauseating epithet derives from nauseating, which is annoying due to the bad smell or taste.

Geographical Distribution and Habitat –
It is a fungus that occurs under conifers, in preference to Picea, which bears fruit in a period between spring and autumn. 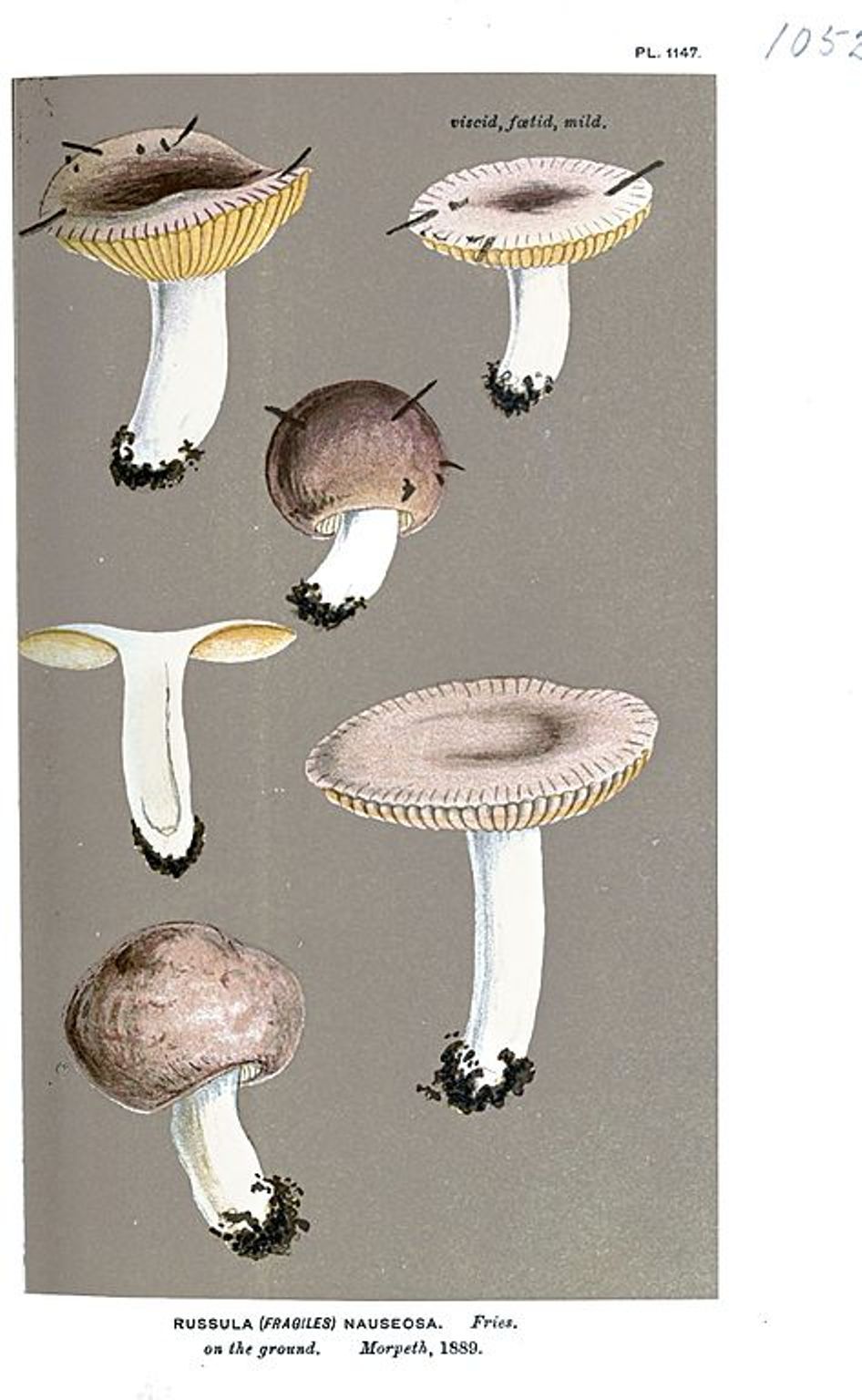 Recognition –
The Russula nauseosa is recognized for its rather irregular hat, of size between 3 and 8 cm, flattened at the end and hollow in the center. The color of the cuticle, which is easily separable, is quite variable, being able to oscillate from olive green to brown, yellow and purple. The cavity is usually darker in color.
The slats are regularly spaced, but still numerous. Their color can reach ocher hues, often when the spores ripen, or remain paler.
The stem is light in color and is wrinkled and spongy.
The flesh is whitish in color with a slight, almost fruity smell and a slightly acidic taste.
Under the microscope, spores of 8-10.6 × 6.8-8.6 µm can be seen, with large isolated warts, only some catenulates from low crests; sublare amyloid plagues; epicute of branched hairs and cylindrical dermatocystidia, septate sometimes slightly enlarged at the apex.

Cultivation –
Russula nauseosa is not a cultivated mushroom.

Uses and Traditions –
It is a fungus which, although edible, is of no food interest, because of its small size, very fragile and, in some areas, it is not particularly common.
In fact, although it is relatively common in its habitat, there are not many reports of this species, for example, in central Italy.
Among the resembling species, with which it could be confused we recall:
– R. cessans, which has symbiosis with Pinus spp.
– R. olivina, which has colors of the lemon green cap – R. sapinea, which is strongly yellowing;
– and finally, R. laricina is a real double of our species. It is differentiated from Sarnari (2005) on the basis of the fact that it has a more distinct graying, greater dimensions, a thick, breast-like cap and subreticated spores. Furthermore, the author states that the independence of the two taxa has yet to be demonstrated.

Preparation Mode –
The Russula nauseosa due to its size and characteristics has no particular food interest, therefore its collection is not recommended, and therefore also its consumption.