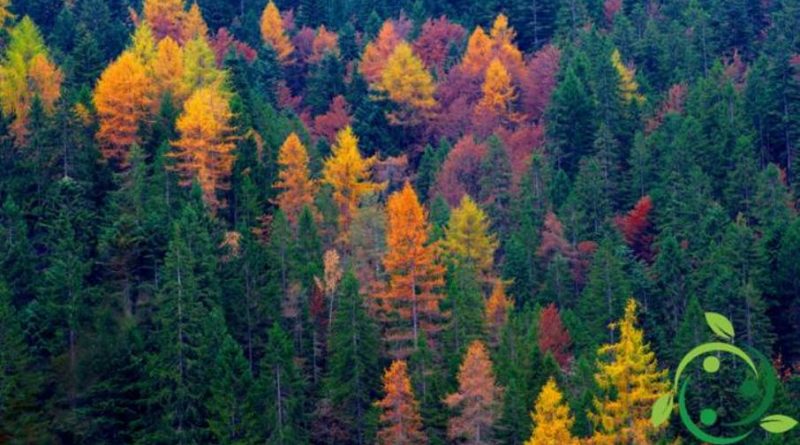 How to grow larch

Larch is a tree belonging to the genus Larix, belonging to the family of Pinaceae. These are confori whose only European species present in Italy is the Larix decidua Miller.
In the spontaneous Italian and European flora the larches are the only conifers whose leaves are not persistent, which therefore fall in the winter period. In this sheet we will see how to cultivate the Larch, considering its characteristics, needs and peculiarities of the plant.
The larch has a straight trunk and diffused horizontal branches and can reach a height of forty meters.
It has needle-like leaves that during the transition from spring to autumn, take on a yellow-reddish color that creates pleasant chromatic suggestions. The crown of the larch is not very thick and pyramidal.
Larch is a plant of great longevity, being able to reach, in suitable habitats, the thousand years, so if you plant a Larch, you can say that it is forever.
For the cultivation of the Larch, consider that these are plants that in Italy grow in the alpine areas, characterized by cool summers and very cold winters, with persistent frosts; they are plants adapted to live in extreme climatic conditions, which can hardly be grown in the lowland garden, not even in northern Italy, where summers are still excessively hot for these plants that need wetlands and alpine climates, even if the adult specimens, now abiding for years, are well resistant to cold and drought, and can remain without water for weeks.
As for the aesthetic aspect, in addition to its grandeur, the Larch flowers before the appearance of the leaves, generally between March and May, with oval, elongated and red female inflorescences and male, small, short, yellow and aesthetically inflorescences not very relevant. From the mature flowers, in summer, small pine cones develop, the fruits of the larch, which will ripen during the autumn. These fruits, two to four centimeters large, contain small winged seeds.
For the choice of the area where to plant it, even if the Larch loves damp and cool places, it needs however sunny exposures and direct sunlight. The shadow, in fact, not only slows down the growth, but also causes the early fall of the branches and leaves. Furthermore, the plant, although a typical species of the alpine areas, used to the rigors of winter, wind and frost, is also resistant to high temperatures.

From the soil point of view the Larch is a plant that grows in any type of soil and substrate. To favor the development of young specimens just transplanted, we recommend instead a slightly acidic, loose, fertile and well-drained soil. In areas with higher pH soils, to increase the acidity of the soil, you can bury a little peat at the foot of the plant, although this technique should not be encouraged as it is always good to let the plants live in their most habitats suitable.
The larch, except for young plants, does not need irrigation. Its roots and its foliage can, in fact, deftly exploit the water supplied by the rains. Watering is necessary only occasionally for young specimens and in the case of particularly dry and dry summers.
As far as fertilization is concerned, it must be said immediately that this plant, if necessary due to the presence of poorer soils, must be fertilized only during the planting phase. The planting of the plant usually takes place in spring. On this occasion, mature manure is placed at the foot of the trunk. Manure fertilization can be done annually, in spring, to make the soil more fertile. If this is already fertile and loose, as mentioned, this is not necessary.
For pruning it must be considered that the Larch must not be subjected to this technique, which in certain cases, but only in forest environments, with very dense vegetations, may be necessary to increase the penetration of sunlight and better conditions for the appearance of larch new.
For the propagation technique we remind that the larch reproduces only by seed. The spread of the plant takes place thanks to the seeds carried by the wind. After the fruit has ripened, the same seeds can be buried in a jar filled with peat and sand in equal parts. The sowing takes place in spring, while the transplanting of the seedlings in another pot takes place in autumn, better in November and, usually, in the autumn following sowing, or, in case of too hot climate, after two years from sowing and always in autumn.
To carry out the final planting in the open field, it is necessary to wait at least six – seven years from the cultivation in pots.
Among the most frequent pathologies and phytopathies of the Larch we mainly have fungal attacks, which manifest themselves in conditions of excessive humidity and bad insolation of the plant. The larch can also be attacked by aphids or larch lice. These insects are similar to cedar aphids and develop in particularly hot and dry climates. Sometimes, the high mountain larch can be struck by another parasite, the Zeiraphera diniana, which causes the almost complete defoliation of the foliage. However, the tree can withstand the attack and recover in a short time.