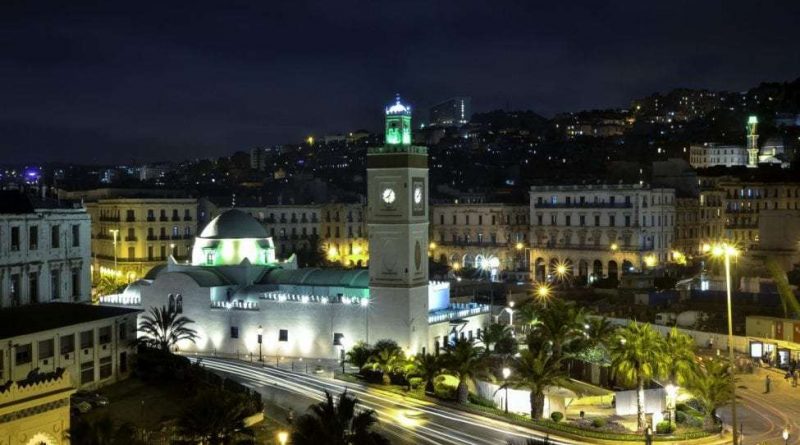 Algeria which, officially, is the People’s Democratic Algerian Republic, is a state in northern Africa, belonging to the Maghreb, which for most of the territory is crossed by the Sahara desert. The capital of Algeria is Algiers, which in 2011 it had 3,415,811 inhabitants; is located in the north of the state.
Algeria is the largest state on the African continent, the largest state in the Arab world and the tenth largest state on Earth.
The borders of Algeria are represented in the north by the Mediterranean Sea, in the north-east by Tunisia, in the east by Libya, in the south-east by Niger, Mauritania, Mali and in the west by Morocco.
Constitutionally, Algeria is defined as a Muslim (Arab) and Berber country (in order).
The most populated and vital area of ​​the country is the Maghreb, which represents one seventh of the national territory. Two systems of reliefs and folds converge in the Maghreb, formed in two phases of the Alpine orogenesis: the Tellian Atlas and the Saharan Atlas.
The Saharan Atlas, older than Tell (Paleozoic), has undergone more significant erosion phenomena and has minor reliefs. The short chains of Ksour, Amour, Ouled Nayl do not exceed 2000 m in height, with the exception of the Aurès (2328 m) and Ahaggar (3000 m) massifs. Inside there is a succession of plateaus that vary in height between 600 and 1200 m; more extended to the west, to the east they join the chains of the Tell to continue towards Tunisia. Geomorphologically, the Saharan Atlas is characterized by an archaeozoic base of crystalline rocks (predominantly mica schists and gneisses).
The important meteoric degradation suffered by the region, and the consequent fragmentation of surface rocks, have led to a desert morphology among the most peculiar of the world, with rocky surfaces eroded by the wind (Hamad of Tademait) alternated with sandy areas (Great Western Erg and Oriental) and pebbly.
As far as hydrography is concerned, the Algerian one, like that of much of Mediterranean Africa, is very poor and limited to the coastal area. The only rivers with a perennial course are those that from the south flow into the Mediterranean, namely: the Tafna and the Soummam, which however reach modest lengths. The lack of water and desertification are among the greatest limits of this nation even if in Algeria it is in course a defense program against the desert that foresees the creation of a barrier of cypresses and pines, 1500 km long and 20 km wide. 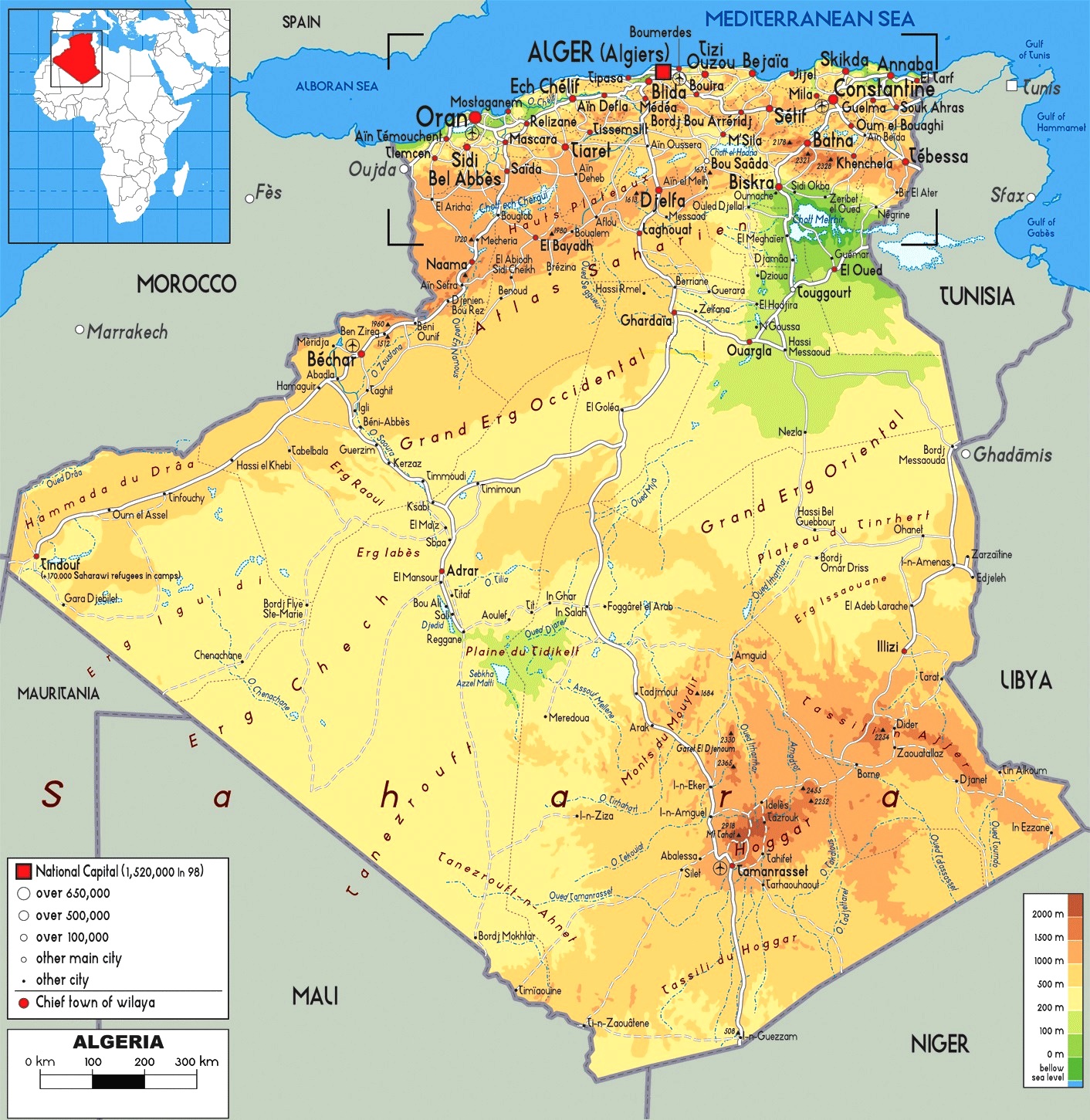 Regarding the climate this, although belonging to the Mediterranean climate area, the Maghreb is characterized by this type of climate only on the coastal strip.
It therefore goes from the average 18 ° C in Algiers to the 47 ° C at the high Chelif. Precipitation is largely determined by the interaction between wet, oceanic and dry continental masses of Saharan origin. Also these oscillate with remarkable values, passing from the external slope of the Tell, where in some areas they fall up to 1000 mm per year, to go down to 300-440 in the highlands up to rainfalls lower than 10 mm per year in the desert parts.
These climatic and orographic characteristics determine a flora and fauna that varies from the typically Mediterranean to the xerophilous and arid of the Sahara.

Flora –
The natural vegetation is represented in the Tell by the typical Mediterranean scrub, citrus fruits and olive trees; in the highest and climatically favored parts, forests extend whose surface has been reduced by the work of man in search of wood for various uses and of new lands to be cultivated. Prevail the species of trees with persistent foliage, more able to preserve the humidity acquired in the rainy season; where, on the other hand, rainfall is insufficient to maintain tree species, shrubs and bushes prevail, in a vegetal formation called “jujube bush”.
The steppe is characterized by plants, herbaceous and woody, harvested with more or less thick spots; according to the nature of the soil, the alpha (Stipa tenacissima), the artemisia (Artemisia herba alba) or the drinn (Aristida pungens) prevail in the sandy areas.
Characteristic of the desert, which occupies 85% of the Algerian territory, is the total absence of vegetation in vast areas. No permanent plant, in fact, no matter how hard it may defend itself against dryness, it can survive in the long intervals between one precipitation and another; the grass grown immediately after the rain only survives a few days. The permanent vegetation is conditioned by the presence of underground waters and develops only in the oases or in the bed of the rivers from which the plants push deep roots very long.

Fauna –
The Tell, which has Mediterranean climate and flora, does not host animal species other than those, wild or domestic, present in the countries of southern Europe; in the steppic region live gazelles, ammotraghi, bustards and, at least until recently, ostriches. Some animal species, such as elephants, present in historical times in present-day Algeria, have disappeared altogether. The typical animal element of the Sahara, the dromedary, is not at all native, as one might think, but it was imported in the first centuries of the Christian era and made the object of breeding in consideration of its characteristics particularly suitable for the life of the desert in which it is an indispensable companion for man.