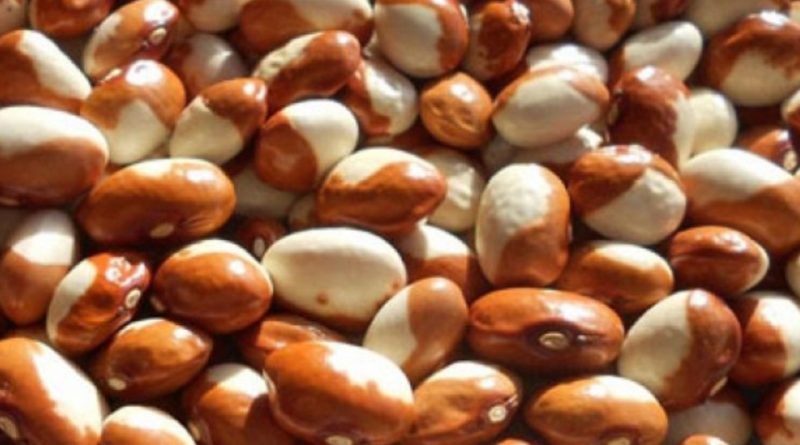 Polizzi Bean Badda is an ecotype of the species (Phaseolus vulgaris L.) belonging to the Phaseolaceae family.

Origins and History –
Ferdinando Alfonso is mentioned in the “Monografia sul Nocciolo” (1886) on page 243 of the cultivation of the bean in Polizzi, but does not expressly refer to the cultivated variety.
Despite having the certainty that the Fagiolo badda di Polizzi, has been cultivated for at least two centuries, there is no certainty as to the origin and date of introduction of the seed into the gardens of the village.
In fact, for about two hundred years, in the vegetable gardens of Polizzi Generosa, in the Madonie Natural Park, a two-colored bean has been grown: medium-small and roundish, called badda, meaning ball, in dialect. Polizzi’s Bean Badda is mottled, almost unknown outside the Madonie, with a unique color: it is in fact two-colored and, from time to time, it can be ivory with pink and orange spots, or ivory with dark purple, almost black spots. It is undoubtedly two local ecotypes that have acclimatized very well, over time, in this area.
Polizzani also call it fasolo badda bianca or badda niura or munachedda, depending on whether the pink-orange or dark color is prevalent.

Geographic area –
The production of Polizzi Bean Badda is limited to the territory of the municipality of Polizzi Generosa, on the Madonie, in the province of Palermo. Badda beans are grown in small family gardens and local farmers have reproduced the seed independently for centuries. It is cultivated above all in the higher areas of Polizzi, mostly within the Madonie Natural Park, which they call muntagna, where sowing begins the first week of June: beans are traditionally sown on Saint Anthony of Padua’s day . At the marina instead, that is, at lower altitudes, sowing is done later, after mid-July, when the summer heat begins to fade.

Raw material –
Polizzi’s Fagiolo badda is a mottled bean, with an unmistakable two-colored color which, from time to time, can be ivory with pink and orange spots, or ivory with dark purple, almost black spots. These two ecotypes are the basis of the production that constitutes the raw material of this very important production facility within the Madonie.

Description –
The fruit of the Polagi Bean Badda consists of a green, flattened pod with different sizes between the two cultivars which contains between 5 and 6 seeds well spaced. The seeds of the “Badda bianca” cultivar are elliptical-spherical in shape and the color is divided into two different chromatic areas whose margins present a sinuous line with frayed lines. It is a sapid bean, with herbaceous and even brackish notes, slightly astringent, with hints of chestnut and almond in the finish. With cooking it acquires a right creaminess, without flaking.

Production Mode –
Badda beans are grown in small family gardens, where local farmers have reproduced the seed independently for centuries. In the higher areas of Polizzi, in the area called la muntagna, sowing begins the first week of June, with sowing that traditionally takes place on Saint Anthony’s Day in Padua.
At lower altitudes, in the navy, sowing, instead, is done later, after mid-July, when the summer heat begins to fade.
In the vegetable gardens of Polizzi Generosa these two cultivars are cultivated: the “Badda Bianca” and the “Badda Niura or Munachedda”, with a very specific technique; the plants climb around four canes arranged in the shape of a small hut (u ’pagliaru). The harvesting of green pods begins after about 60 days and, according to the quotas, it can arrive until November. The collection of beans to be dried, on the other hand, takes place from October to November, before the pods open and let the seed fall. Although the badda bean is harvested from August to September, the dried product can be found all year round.

Gastronomic Use –
From a nutritional point of view, Badda di Polizzi beans have a high quantity of fiber, carbohydrates and proteins, which makes it an excellent food. Among the most classic preparations, there are the pasta and beans and the equally numerous soups, where the legume can constitute the dominant element or re-enter in mixed vegetable compositions.