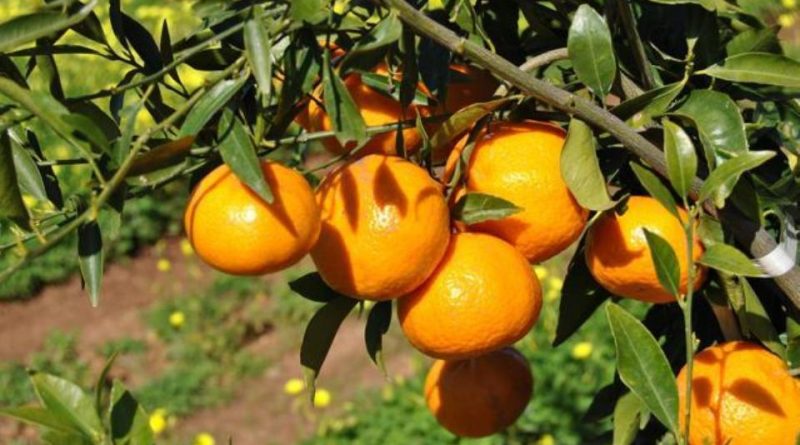 The late Ciaculli mandarin, also called marzuddu, is an endemic variety of mandarin grown in the homonymous hamlet of Palermo.

Origins and History –
The origins of Ciaculli late mandarin are absolutely natural; the fruit is in fact an endemic variety and is not made by grafts or genetic engineering operations. It was in the 40s, due to a spontaneous mutation of the havana mandarin, that a new variety was born that matured later, from January to March, which spread rapidly among the farmers of the area and gave rise to this particular mandarin.

Geographic area –
The late Ciaculli mandarin was once cultivated in a more extensive area in the heart of Palermo’s Conca d’Oro, the plain that surrounds the city that, until the middle of the last century was a single, large garden that welcomed the green of its citrus groves the travelers who concluded the Grand Tour here: a mythical place, told by poets and writers, which went from Villabate to Sferracavallo. In the period of maximum extension it covered approximately 15 thousand hectares of intensely cultivated land. The gardens reached up to 250 meters above sea level, retained by dry stone walls: a complex of canals, wells and pumps – with animal traction first, mechanics later – guaranteed the regular supply of water. Today there is little left of the Conca d’Oro: in the last fifty years the cultivated lands have reduced by almost 80%, the city has spread and is still being built, with strong risks of hydrogeological instability: the terracing of the gardens, in fact, act from a bulwark against the mountain that lands down to the plains with every rain.
Fortunately, a portion has remained intact: the villages of Ciaculli and Croceverde Giardina, almost entirely cultivated with mandarins.
The production of the late Ciaculli mandarin is limited to about 200 hectares belonging to small owners united in a consortium.

Raw material –
The late Ciaculli mandarin is a variety of mandarin (Citrus reticulata Blanco, 1837) and is a spontaneous mutation of the variety from which it originated which is Havana. It is a variety with late ripening, from January to March. A mandarin with very few seeds, very sweet, juicy and with a fine skin adhering to the pulp but easily removable.

Description –
Ciaculli’s late mandarin is a mandarin which, in addition to the external aspects and the period of maturation, is characterized by good vitamin C content, which has antioxidant properties and contributes to the strengthening of the immune system, and is also rich in vitamins B1 and B2 , which stimulate the appetite, growth, digestion and improve the respiratory system and are suitable for the treatment of the nervous system.
In addition to these characteristics and the late ripening period (March) it is a product included among the Slow Food Arca del Gusto presidia and the late term indicates that its production is delayed compared to that of other similar citrus fruits . It has a strong aroma, a high sugar content and has a very thin skin.
It is a mandarin with very few seeds, very sweet, juicy and with a fine skin, whose strong aroma, sugar content and thin skin make the Ciaculli Tardivo a unique and unmistakable mandarin.
When ripe, the average weight of fruit ranges from 75 to 90 grams. The skin is about 0.3 cm thick, smooth, chrome yellow with numerous oil glands. The seeds are in a variable number from 4 to 12 and the segments from 8 to 13.
The maturation indices and the related parameters to be taken into consideration for the main characteristics of this mandarin are three:
– Acidity of the fruit between 0.5 and 1.2%;
– Total sugar content not less than 10%;
– (E / A) ratio of soluble extracts / acidity between 11 and 18. We can also refer to the quantity of juice, established not less than 33%, or, very marginally, to the color of the exocarp.

Production Mode –
The late today is the most prestigious production of the consortium that brings together 65 small farmers, all of them substantially biological (the late is in fact resistant to the greater entomological and cryptogamic adversities and does not require particular treatments). The properties are very fragmented: given the reduced earnings, the potential revenue from the sale of land today is still higher than the agricultural income deriving from the sale of citrus fruits. Growers are discouraged and at this rate, within ten years, they could abandon the remaining citrus groves.
Today, however, the cultivation is bound by a production protocol of the Slow Food Presidium which regulates the methods. The late Ciaculli mandarin is cultivated on soils of the Franco-clayey type – sandy on the surface and clayey – deep in sand and with a basically flat lay with particularly characteristic microclimatic conditions.
The material to be used for the propagation of the plants must be of high quality, certified and selected and derive exclusively from the clone originally obtained by bud mutation of the “Avana” mandarin on rootstock or Bitter Orange (Citrus aurantium L.) or Grapefruit (Citrus Macf. paradises).
In the sloping areas, subjected to preventive terracing, it is necessary to restore dry stone walls which, in addition to allowing the use of sloping land for cultivation, contributes to enhancing the landscape and protection aspects of the territory that represent the prominent features. The cultivation is in irrigation and for the fertilizations the contribution of organic substance must not be neglected.
In addition, all the production of Ciaculli Slow Mandarin Presidium Slow Food® fall within the integrated or biological management systems, both for the management of plant protection and for the control of spontaneous flora. Without prejudice to the provisions of the regulations and regulations, with the relative annexes, with reference to organic production, for integrated production it is necessary to refer to regulation 1257/99 implemented by the Sicilian Region with circular letter n. 2 of 3/4/2007 and subsequent m. and of..
The collection and packaging techniques are also regulated by the aforementioned specification.

Gastronomic Use –
Late Ciaculli mandarin, for its maturation period from January to March, is consumed fresh both in the cultivation areas and exported to other countries.
The product is also transformed into jams and is available throughout the year.
The late Ciaculli mandarin, being a juicy fruit with a high sugar content, is mainly used for fresh consumption. In addition to the fresh fruit, the Tardivo is used, as mentioned, for the production of jams. Another important use of Tardivo in pastry is the application, which in some cases can go up to twenty days. Moreover Ciaculli’s late mandarin is used as a flavoring for cakes, ice cream, jams and creams.
Finally, from the peel of the green fruit, harvested annually to lighten the load of the plant, essential oils are obtained for food and perfumes.