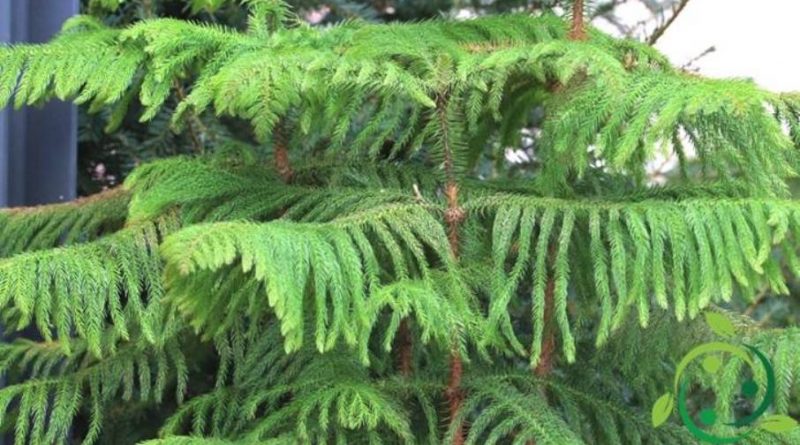 How to cultivate the Araucaria

The Araucaria is a genus of plants (Araucaria Juss., 1789) of the family of the Araucariaceae that includes different tree species native to the southern hemisphere.
In this card we will see how to cultivate the Araucaria, with particular reference to the Araucaria heterophylla, better known with its synonym Araucaria excelsa.
Araucaria excelsa is a plant that, as well as an ornamental plant for medium or large gardens, can be grown in large flat vases. The adult plants have an elegant and slender crown, with a pyramidal shape, the trunk is erect and is divided into very regular branches, at a fixed distance, which give them a very elegant bearing.
Grown in pot it becomes an apartment tree.
In condition of outdoor cultivation it becomes an imposing tree (even if not like the species cultivated in their natural environments) characterized by horizontal and parallel branches that form regular planes, adorned by a dense cover of dark green needles. We recall that in Chile the Araucaria reaches majestic dimensions, reaching a height of 60 meters, with a circumference of 8. If instead cultivated in the apartment the leaves, transformed into tapered and slightly pungent needles, take on a lighter and warmer color in the apartment .
The Araucaria excelsa, if cultivated in an apartment, resists very well the dry atmosphere and, although it desires a very bright position, it must be sheltered from the sun and reaches, at most a maximum height of two meters, almost touching the ceiling.
In the apartment, the lower branches can become dry but this does not mean that the plant is dying; it is simply a process that is part of the normal aging to which all living beings are subjected.
Cultivated in the open air it also reaches considerable dimensions by us; the growth is very slow, only 15 cm a year, and the young needles, from the light and tender green form a pleasant contrast with the old, much darker needles.
In the garden the Araucaria excelsa should be implanted, making a deep excavation, in a fresh, fertile and well-drained soil, choosing a sunny position, but sheltered from the winds, since, especially the marine ones will damage it much more.
A very important quality of the Araucaria is that with greater reason than other green plants, it results a very valid purifier, absorbing from the air the molecules of formaldehyde.

Generally the young plants are sold in containers for the decoration of the apartments and have a height between 15 and 50 cm.
For the climatic specifications remember that the Araucaria excelsa tolerates, without damage, even relatively low temperatures, up to zero degrees, but does not like temperatures above 25 ° C, provided that the air has a relative humidity. The optimal temperature is instead between 18 and 22 ° C.
If cultivated in an apartment, at the end of spring, the Araucaria can be moved outdoors, in a place sheltered from direct sunlight and drafts.
The vegetative period of the plant goes from March to August and generally produces several new stages, formed by four branches, arranged at right angles. If grown in an apartment, in this period it should be bathed twice a week, always keeping the clod damp, but only slightly, giving a liquid fertilizer every 7 days. It is better to let the earth dry out, between one watering and the other, rather than working on damp soil, stagnant water can cause rottenness and the consequent fall of the needles. In full ground the plant can vegetate quietly until the period of April – May, if still small, without irrigation, after which you have to intervene every 7 -10 days. Obviously, since these are plants that can grow even in sandy soils, irrigation will also be subject to the soil characteristics of the substrate, approaching the irrigation shift in sandy soils and removing it in clay soils.
Once the plant becomes more adult, after 8 – 10 years it will live quietly even without the irrigation supplies as its root system will be able to guarantee alone the vegetative needs of the plant.
In winter watering should be reduced and fertilization should be done every 15 days. Given the rapid transpiration of the fronds, regular spraying is necessary, also to counteract the dry air produced by heating. For cultivation it is used earth, mixed with peat and coarse-grained sand. An organic soil, made up of decomposed leaves and pine needles, is the most suitable.
In reference to the reproduction technique, the Araucaria reproduces by seeds, not easy to find, and that, in general, produce plants with thin and slightly twisted branches.
For agamic reproduction, that is by cuttings, it is necessary to prepare some cutting cuttings, a practice that however must be performed by specialized personnel and to be performed in the greenhouse, since if poorly performed and without the due measures and precautions, there is almost certainly a risk of killing plant.