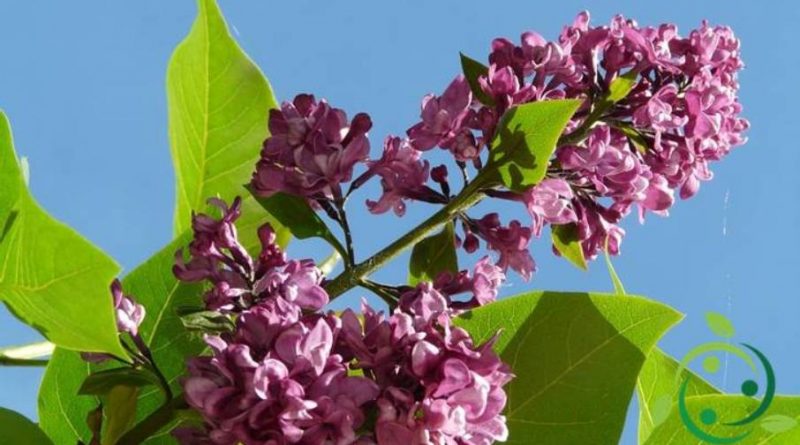 How to grow Syringa

Syringa or Lilacs are a genus of plants belonging to the Oleacee family, originating in Europe and North Asia, Far East, Persia. This genus includes about thirty shrub species up to 6 m high, some species such as Syringa persica, Syringa chinensis, Syringa dubia and Syringa villosaa, have a modest interest as decorative plants; while the Syringa vulgaris strong and rustic shrub, now widespread and spontaneously naturalized in the Mediterranean basin, is widely cultivated as an ornamental plant with numerous hybrids and single or double flower cultivars.
Among the hybrids we remember the Syringa diversifolia, the syringa persica and the syringa prestoniae. These hybrids were obtained between crosses of the Syringa vulgaris with the villosa variety and other hybrids.
The Syringa vulgaris has strong ascending branches, which bear large heart-shaped leaves, small and very fragrant flowers, colored with pure white, violet or lilac, gathered in pyramidal panicles, which bloom in the period between April and May. In this sheet we will see how to cultivate the Syringa , with the most appropriate agronomic techniques.
For its cultivation it is remembered that it is a plant suitable for ornamental use, in parks or gardens for the formation of high hedges, flowered thickets, isolated groups, etc.
To start cultivating Syringa, or Lilacs, it is necessary to know that this plant prefers sunny positions, in medium-textured soils, with acid or semi-acid pH. Furthermore it is preferable that the area where to cultivate it is characterized by a humid summer climate.
Lilacs should be planted in the period from September until May. The operation must in fact take place away from cold periods and strong frosts. If grown in full field, the plant is buried on a hole at least half a meter deep. Before planting, care must be taken to work it finely and fertilized with mature manure. If the plant is bought in pots, it should be removed from the container and immersed for a few seconds in a bucket of water to hydrate the ground bread. Then the roots that protrude outside the ground loaf are delicately detached and buried. At this stage, the upper part of the plant must coincide with the surface of the soil.

The lilac must be subjected to a particular repotting operation, or rather the transfer from the container to the ground. For plants grown in pots they must be transplanted in the field after about three or four years. In case of overgrowth, repotting or transplanting can be performed every two years.
For the fertilization it is remembered that the Lilac, despite being a plant without particular needs, recommends to fertilize it with a mature manure to be buried at the foot of the same during the autumn. In the absence of organic fertilizer, prefer only chemical fertilizers for flowering plants or rose bushes. These types of fertilizers should preferably be administered in the spring. Plant fertilization must take place monthly. Make sure, in the case of synthetic fertilizers that have a good amount of microelements. As for pruning, this should be done immediately after spring flowering, to favor the formation of summer buds that will bring the flowers in the following year.
The multiplication, instead, can take place either by cutting, by layering, by grafting on subjects obtained from seed, offshoots or by means of root suckers. The plant must be watered in the period from late April until the beginning of the rainy season and less hot.
It should also be remembered that this fragrant plant has been widely used in the past also for curative purposes. The decoction of the bark was used as febrifuge, from the infusion of the leaves were attributed decongestant properties for the liver and digestion. With flowers, perfumes were prepared and massage oil (through maceration) was also made to combat rheumatism and pain. Today, gemmoderivatives (Syringa vulgaris macerated glycerine) are found as a tonic for the heart and circulation. Fresh flowers, according to ancient beliefs, could serve to ward off spirits from haunted places. In addition, the oil was used in mental balance rituals, psychic powers and purification.
The flowers of Syringa vulgaris are edible and can be used in the kitchen to prepare some recipes.