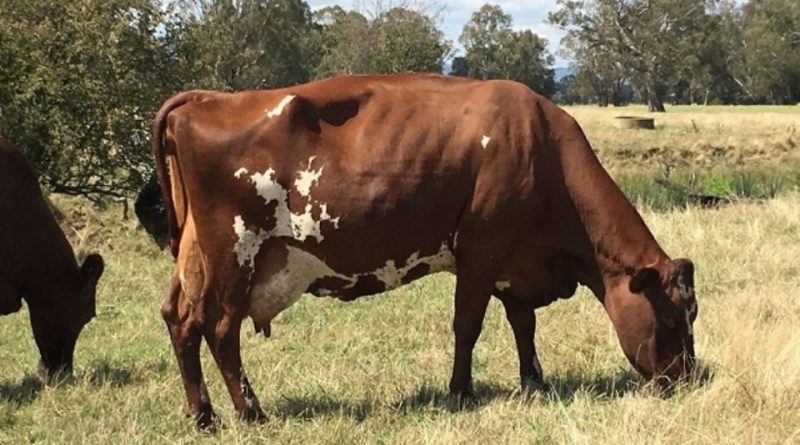 Illawarra is a dairy cattle breed (Bos taurus Linnaeus, 1758), bred in Australia and other countries.

Geographical and area distribution –
The Illawarra cattle breed, as well as being bred in Australia has been exported, and now bred, to other countries such as: Central America, Indonesia, Japan, Korea, the United States, Canada, the Middle East, New Zealand, the Pacific Islands, Pakistan , United Kingdom and United States.

Origins and History –
The Illawarra is an Australian cattle breed that was selected by Australian breeders in the period between the late nineteenth and early twentieth centuries, in New South Wales. This selection was made, starting from local subjects, bred especially for meat , employing subjects from numerous dairy breeds; among these we remember, in particular, the races: Ayrshire, Devon and Milking Shorthorn. The name Illawarra was shortened by the Australian precedent Illawarra Shorthorn (AIS), and was named after Illawarra, in New South Wales, where they developed from the original imports of Shorthorn and other races.

Morphology –
The Illawarra is recognized by the coat which can be deep red, roan, whole or red with small pieces on the sides or on the body. Spotted colors are allowed.
The animals of this breed have a fairly light conformation in the front part to then grow in depth and width towards the hind quarters, giving this breed a wedge shape in the anterior and posterior view.
Females have well developed breasts.
The Illawarra are very docile and famous for their longevity and are easy to manage.

Production aptitude –
The Illawarra cattle breed is a breed with a dairy productive attitude. It is cattle that can withstand temperatures above 40 ° C and below 0 ° C. Make the most of the feed and do not need much extra nutrition. This adaptability in different conditions has contributed to the growth of the breed.
Illawarra cows are in fact excellent milk producers, with a frequent number of cows producing over 40 liters a day, with lactations of 300 days. Therefore, production of more than 10,000 liters of milk per year is frequently achieved.
As for the characteristics of the milk, this has a good fat and high protein content.