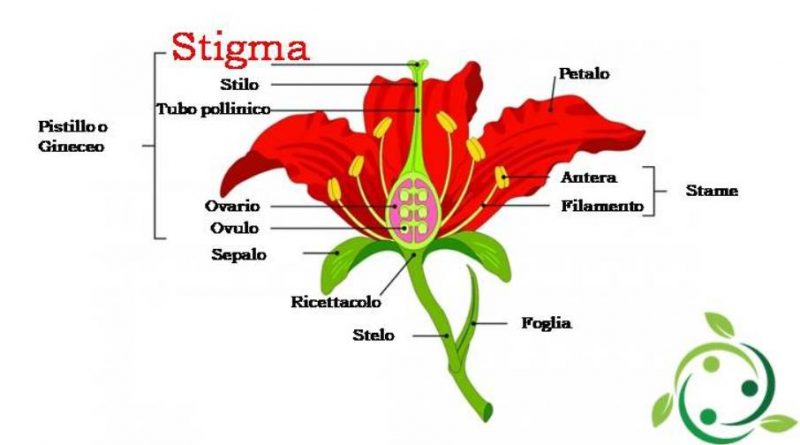 The stigma is, in botany, the upper part of the pistil, often expanded and viscous, on which pollen is deposited. The stigma is therefore that portion of the gynaeceum that receives pollen during pollination.
The stigma is a more or less extended portion of the carpel surface (the female leaves of the flower), often located at the end of a peduncle called a stylus.

The surface of the stigma is generally papillose, where each papilla is a cell, and wet, two characteristics that serve to facilitate the adherence of the pollen.
Once it has entered the stigma, the pollen germinates, opens, and from it a pollen tube grows through which the nucleus or the nuclei move to carry out the fertilization of the female gametes. The pollen tube must therefore penetrate through the stigma and stylus tissue.
Let us remember for example that in the saffron the part that is used, are precisely the stigmas.