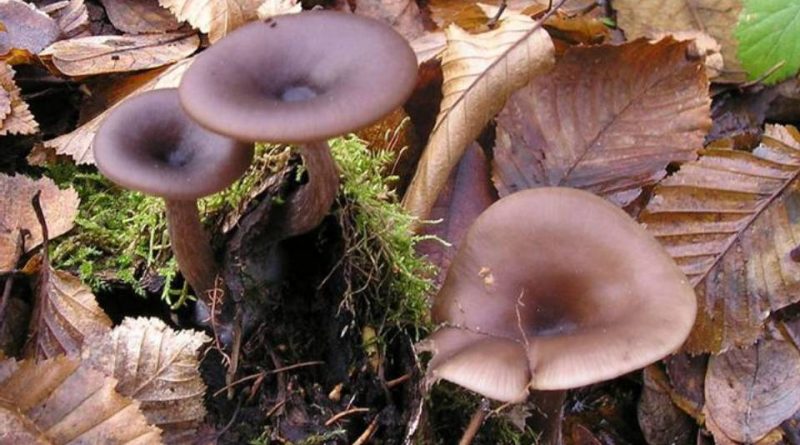 Systematics –
From the systematic point of view it belongs to the Eukaryota Domain, Fungi Kingdom, Basidiomycota Division, Basidiomycetes Class, Agaricales Order, Tricholomataceae Family and therefore to the Pseudoclitocybe Genus and to the P. cyathiformis Species.
Among the main synonyms of this species we mention: Agaricus cyathiformis Bull., Clitocybe cyathiformis (Bull.) And Agaricus ectypus sensu Cooke.

Etymology –
The term Pseudoclitocybe comes from the Greek prefix ψευδο- pseudo-pseudo, fallaceous, lying and from the genus Clitocybe which, in turn, derives from the Greek κλῑτύς clitús slope, slope and κύβη cýbe head: from the inclined head, to the shape of the generally funnel-shaped cap , due to the current slats. The specific epithet cyathiformis comes from the Greek κύαϑος cýathos coppa and from the Latin fórma figura, aspect: which resembles a cup; for the appearance of its carpophore.

Geographical Distribution and Habitat –
Pseudoclitocybe cyathiformis is a fairly common fungus that grows at the edges of woods, in meadows, sometimes on rotting stumps. The fruiting period is the autumn one and, in the Mediterranean environment, even in winter. 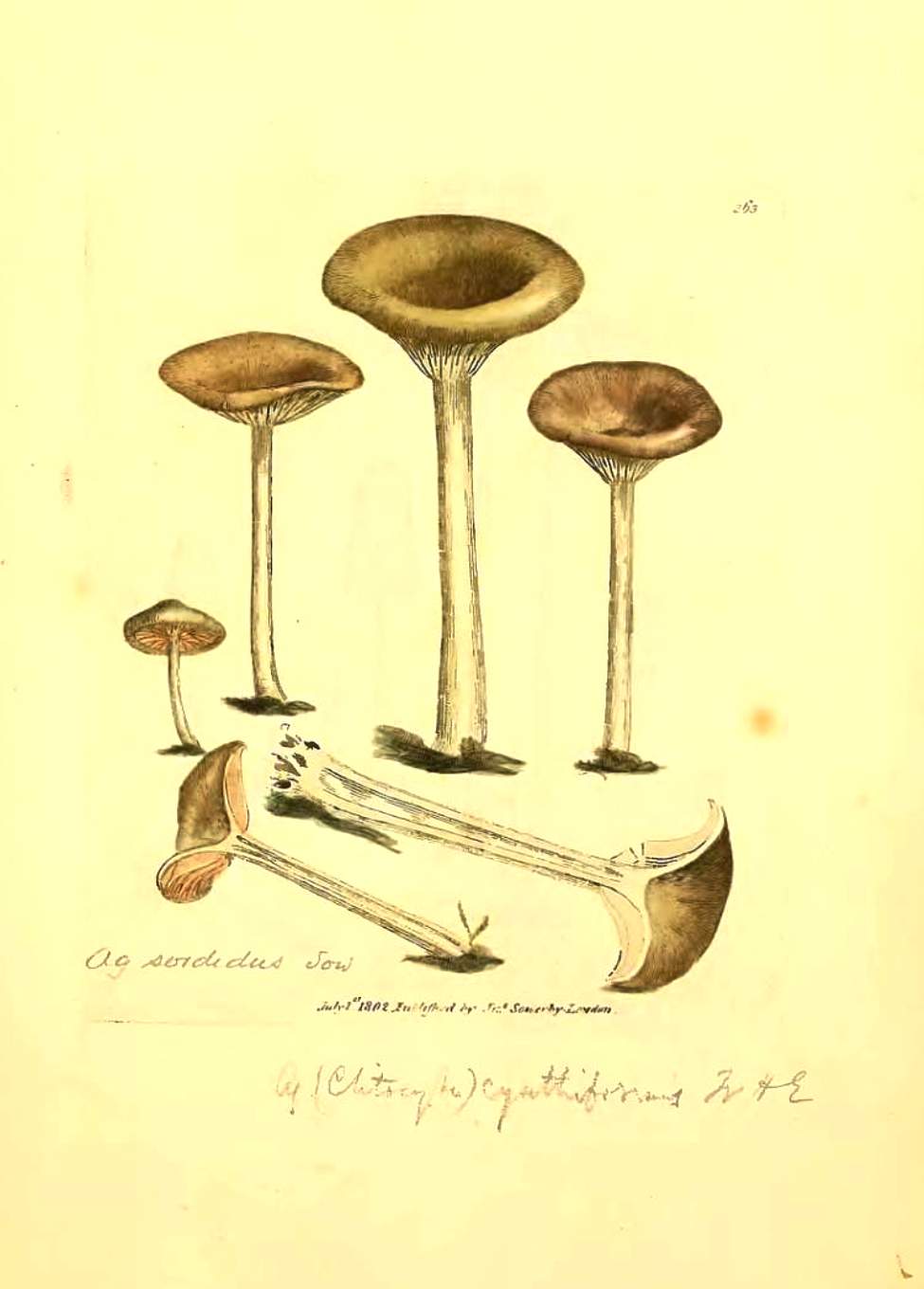 Recognition –
This fungus is recognized as it has a cap with a diameter of 2 – 9 cm, greyish or gray-ash, hygrophanous and with a thin margin, striated for transparency, initially convex with central depression, then infundibuliform and irregularly wavy, equipped with a cuticle that in wet weather it is lardaceous and becomes dark brown, dark brown, and dry coffee and milk.
The stem is cylindrical, stuffed and fragile, from 5 to 10 cm in length; it can be applied to the base with other individuals and has a brownish surface, lighter in dry weather, crossed by gray-whitish fibrils.
The lamellas are sub-decurrent, wide, fairly spaced and with slightly crenate thread, they are gray-beige in the young, light brown in the age.
The flesh is whitish to greyish brown, tenacious, elastic, fine, spongy, watery in the stem, has a slightly bitter, pleasant taste and gives off a pleasant fungal odor with a weak cyanic component.
At the microscope, globular-spherical, white mass amyloids of 8-12 x 5-6.5 µm are noted.

Uses and Traditions –
This fungus, due to its external characteristics, is difficult to confuse with other species, although it can occasionally be mistaken for some species of the genus Lepista or Entoloma. It could also be confused with the Pseudoclitocybe obbata (Fr.) Singer, but that has pinkish shades on the hat and on the gills and absence of cyan odor.
Discordant opinions exist regarding its edibility; for some it is a mushroom of excellent edibility, so much so that, in fact, it is a highly sought-after mushroom; for some authors it is defined as a mediocre edible mushroom due to the poor consistency of the meat.

Preparation Mode –
In its use in the kitchen, in any case, this mushroom also lends itself to being dried and used in mixed with other mushrooms.