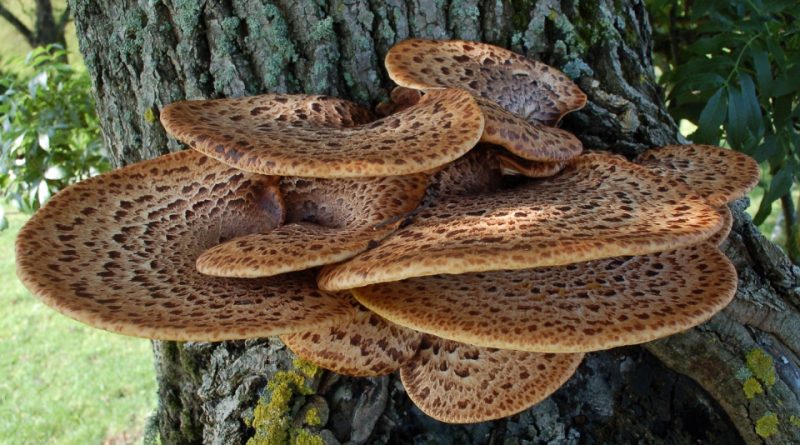 Systematics –
From the systematic point of view it belongs to the Eukaryota Domain, Fungi Kingdom, Basidiomycota Division, Basidiomycetes Class, Polyporales Order, Polyporaceae Family and therefore to the Genus Polyporus and the P. squamosus Species.

Etymology –
The term Polyporus comes from the Greek prefix πολυ- poly- very, many, numerous and from πόρος póros poro, passage: with numerous pores. The specific epithet squamosus derives from squáma squama, scaglia, due to the scales on the carpophore.

Geographical Distribution and Habitat –
The Polyporus squamosus grows indifferently as a parasite or saprophyte both on live and rotting wood. It is found in fact on stumps and trunks of living or dead trees, especially broad-leaved trees. Fruits in the period from spring to summer. 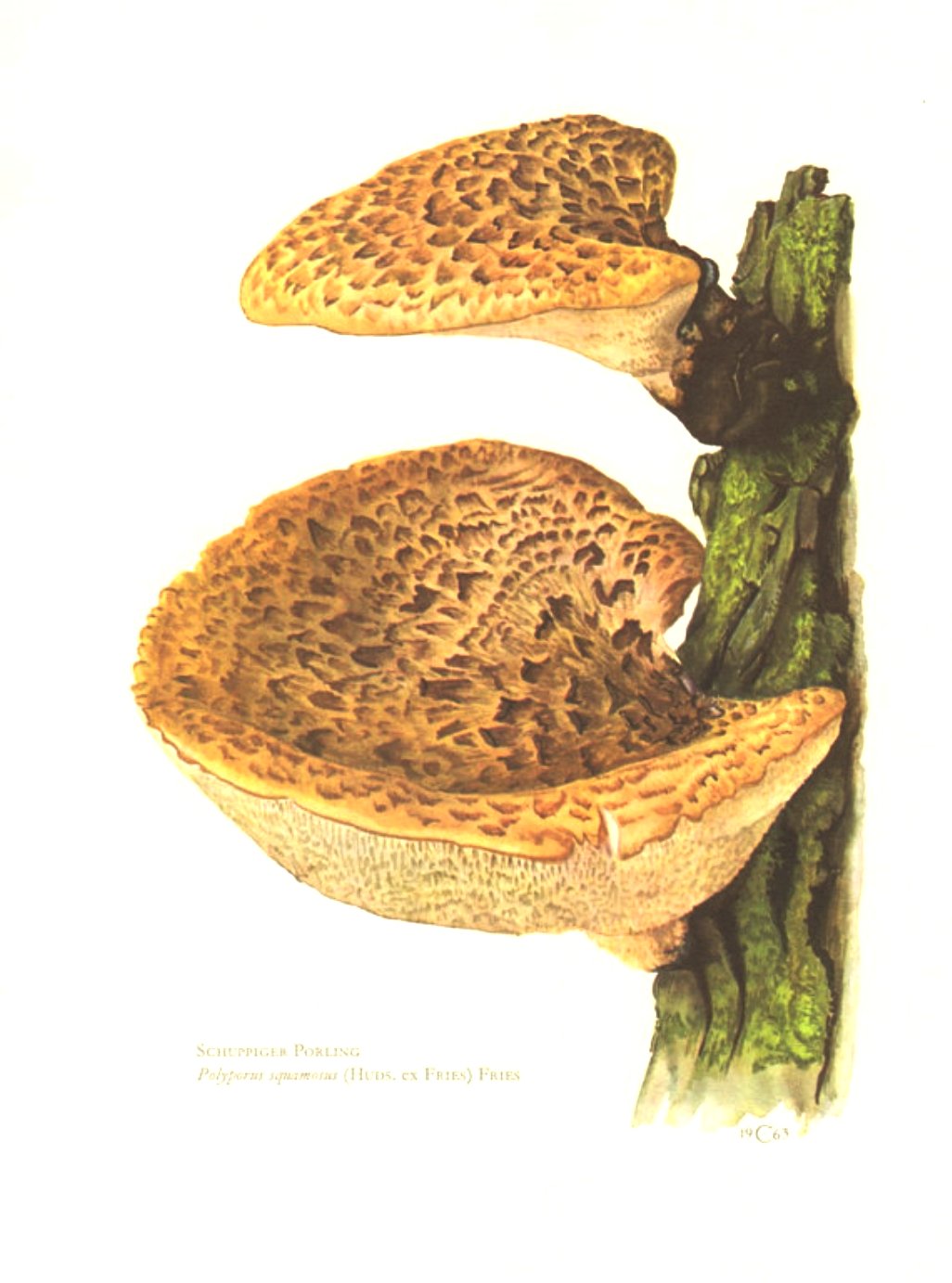 Recognition –
The Polyporus squamosus is recognized by the hat of 10–40 cm, of fleshy consistency when young and leathery as an adult, of circular or fan-shaped, with ocher-cream or yellow color, covered by dark brown scales or concentric scales.
The tubules are decurrent towards the stem; white and then hazelnut. The pores are small, then large, irregular and angular, varying in color from whitish to white-yellow.
The stem is eccentric, large and short, dark-blackish at the base. The meat is white, elastic and succulent in fresh carpophore, then it becomes leathery and woody in adult specimens; it has a pleasant smell of flour and a sweet taste.
Under the microscope, spores of oblong-elliptic shape are noted, white in mass, smooth, non-amyloid, with an evident apex, of 10-15 x 4-6 µm.

Uses and Traditions –
This mushroom is a well-known species that has a fair edibility when young; subsequently the meat of the carpophore becomes first coriaceous and then woody.

Preparation Mode –
The Polyporus squamosus can be used in the kitchen using the young specimens, otherwise it is inedible because of the meat that becomes woody. It can be used in a mixture of mushrooms and can also be stored dried.