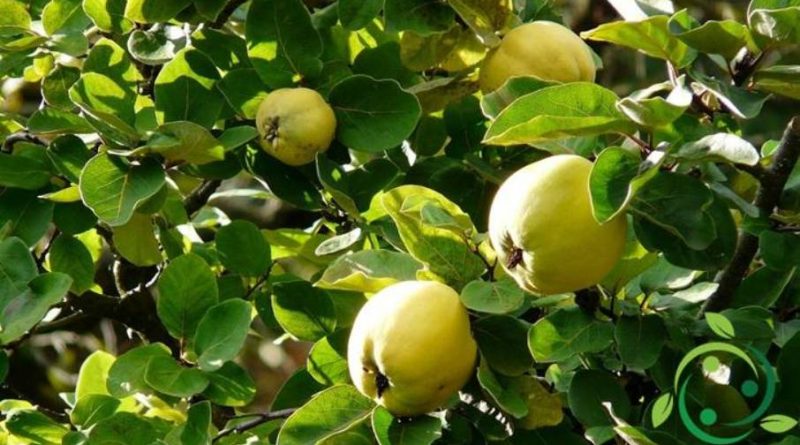 How to prune the Quince

The Cotogno (Cydonia oblonga Mill., 1768) is a fruit tree of the Rosaceae family and is one of the oldest known fruit trees: think that it was cultivated as early as 2000 BC. from the Babylonians, moreover, among the Greeks it was considered sacred fruit to Aphrodite and in Roman epoch it was well known, being cited by Catone, Plinio and Virgilio.
In this card we will see how to prune Cotogno taking into account its botanical characteristics and its agronomic attitudes.
The fruits in general are called quinces; in particular, the apple-shaped varieties are called quince apples, while the more elongated ones are called pears quinces. to relatively poor soils provided they are well drained, while suffering from excess limestone.
It has alternate, simple, 6–11 cm long leaves, with entire margins, pubescent; the flowers are white or pink, with five petals, with corollas 5–7 cm in diameter; flowering occurs between late April and early May and occurs after the leaves are released.
The quinces, that is the fruits, have an intense golden yellow color of varying dimensions (sometimes very large in some varieties) asymmetrical, maliform or piriform, with a skin densely covered with hair that disappears when ripe and is easily removed. The quince pulp is easily oxidizable (something that denotes because it darkens in the air), not very sweet and astringent with a certain amount of tannin.
The fruit ripens between September and October.
These brief notions help us to understand how to intervene and when to intervene in the pruning technique to allow the plant to produce better.
Lastly, we recall that the method of multiplication of the quince apple tree is the vegetative method, both for cuttings obtained on wood of the same year, to which the leaves have been eliminated, and for layering with earthing up; the latter is carried out in July and December, and the cuttings can be separated, after trimming of pruning.
Given all these characteristics of biological and morphological order we immediately say that the age of pruning of the quince is immediately after the fall of the leaves (between January and February).
The form of breeding Cotogno, as a rule, is in free form; you can also choose the vase shape or it is raised with palmette.

We immediately say that the one that best respects the biological and productive characteristics of the quince plant is the vase shape; while if we want to cultivate the plant for ornamental purposes the best form is the free one.
In the vase form the first pruning interventions are practiced, which are of formation, and which consist in cutting the main branches to form the open vase structure and practicing light prunings to shorten the secondary branches; the goal is to maintain an extended crown and to avoid that some branches cross each other and shade the rest of the foliage.
In this sense, from the main frame of the young plant, at a height of 80-90 cm, 3-4 branches are left, inclined at 60 ° with the ground and equidistant from each other (therefore at 120 ° or 90 ° between them ).
Once the basic structure of the vase is formed, the following years we tend to cut at the base all the basal suckers, which in general the plant produces in good quantity; in addition to this the suckers are cut, and all the small branches that tend to develop towards the inside of the crown, making it confused and excessively dense.
In addition, during the winter, all branches damaged by the weather or excessively small, because they are not very vital, are eliminated.
Recall that, during pruning, we tend to reduce the amount of new wood, shortening the younger branches; let us remember that like all pome fruits, Quince also tends to produce fruit on the branches arranged horizontally, and in particular on the small twigs present on them, called brindilli; so at the time of pruning, which takes place in January or February, the future buds will already be visible, and therefore we will be able to cut the branches that rise upwards, and shorten part of the horizontal branches, leaving however on them a good quantity of gems.
Remember that drastic pruning goes to unbalance the plant that tends to restore the parts removed by decreasing the production in favor of the vegetation.
For this reason, maintenance prunings must be contained, simply by abducting suckers and suckers, which would remove the sap from the production process. Finally, remember that the quince tree begins to bear fruit after 5 or 6 years.