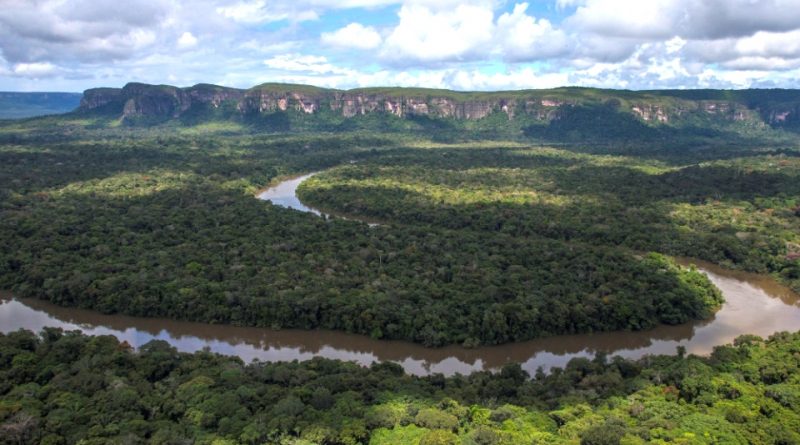 The Sierra de Chiribiquete National Natural Park is the largest Colombian natural park and also the largest national rainforest protection park.
This park, established in 1989, has an area of ​​43,000 km², totally occupied by forests, mountains and savannahs. Inside it is crossed by numerous rivers.
Inside there are over 20,000 petroglyphs and other artistic traces of primitive men, for a total of over 600,000 works, some dating back to 20,000 years ago. Era in which man arrived in the American continent.
Sierra de Chiribiquete National Natural Park was recognized in 2018 as a UNESCO World Heritage Site.
The Sierra de Chiribiquete National Natural Park, in Colombia, is the most surprising protected area in the world, not only for its boundless vastness, but also for the extraordinary natural richness of the ecosystems that compose it and for the precious, ancient testimonies of the engravings and cave paintings of primitive men. 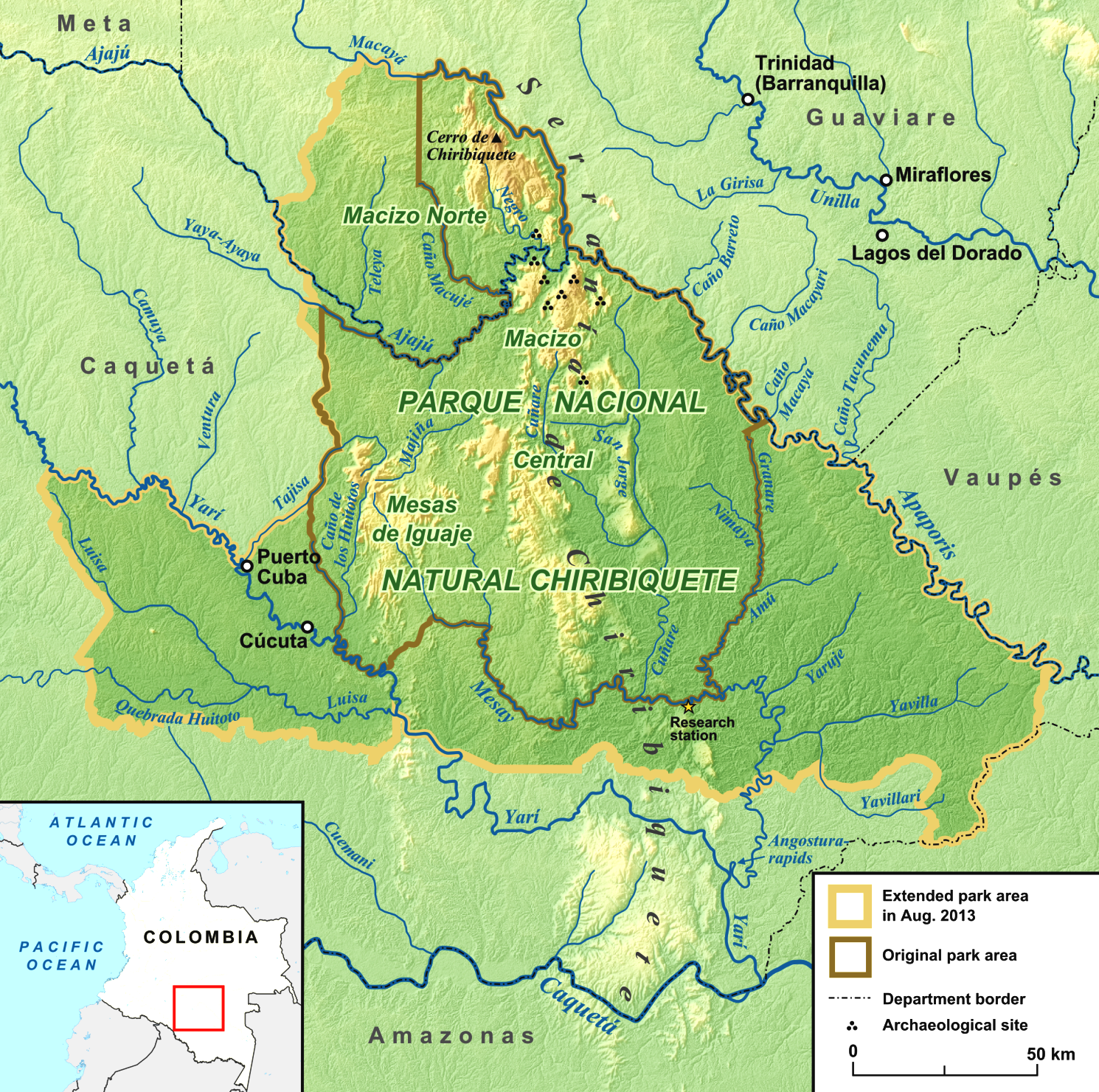 The Park is located in the southern part of Colombia, in the departments of Caquetá and Guaviare, and is the largest system of natural parks in the country.
The Chiribiquete is home to dozens of ecosystems, including those of the Amazon River, the Orinoco, the Andes and the Guiana Massif, and thousands of animal and plant species.
The Park includes the mountains of the Serranía de Chiribiquete and the surrounding plains, covered by humid tropical and savannah forests, crossed by rivers, lakes and waterfalls. A primordial and wild territory, in many places uncontaminated and inaccessible, where some indigenous populations retreat to isolate themselves voluntarily from the contemporary world. Among the animals that live in the Sierra de Chiribiquete National Natural Park, we find the jaguar, the puma, the giant otter, the Amazonian tapir, the armadillo, the river dolphin inia and numerous species of birds, fish, amphibians, reptiles and 209 species of butterflies on 250 species worldwide.
The largest rainforest in the world is one of the green lungs of our planet, a natural barrier against climate change and deforestation in the Amazon. A real paradise on Earth. A treasure to be preserved.