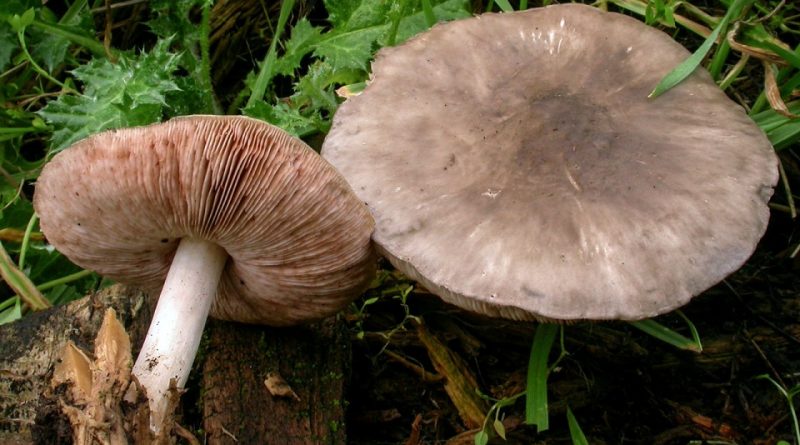 Etymology –
The term Pluteus comes from plúteus shelter, shelf: for the shape of the carpophore. The epithet sepcifico cervinus due to the color similar to that of the deer mantle.

Geographical Distribution and Habitat –
Pluteus cervinus is a saprophytic fungus that grows on old trunks, stumps or branches. In its habitat it grows somewhat solitary, it is somewhat variable in size and color and bears fruit in the period between summer and autumn. 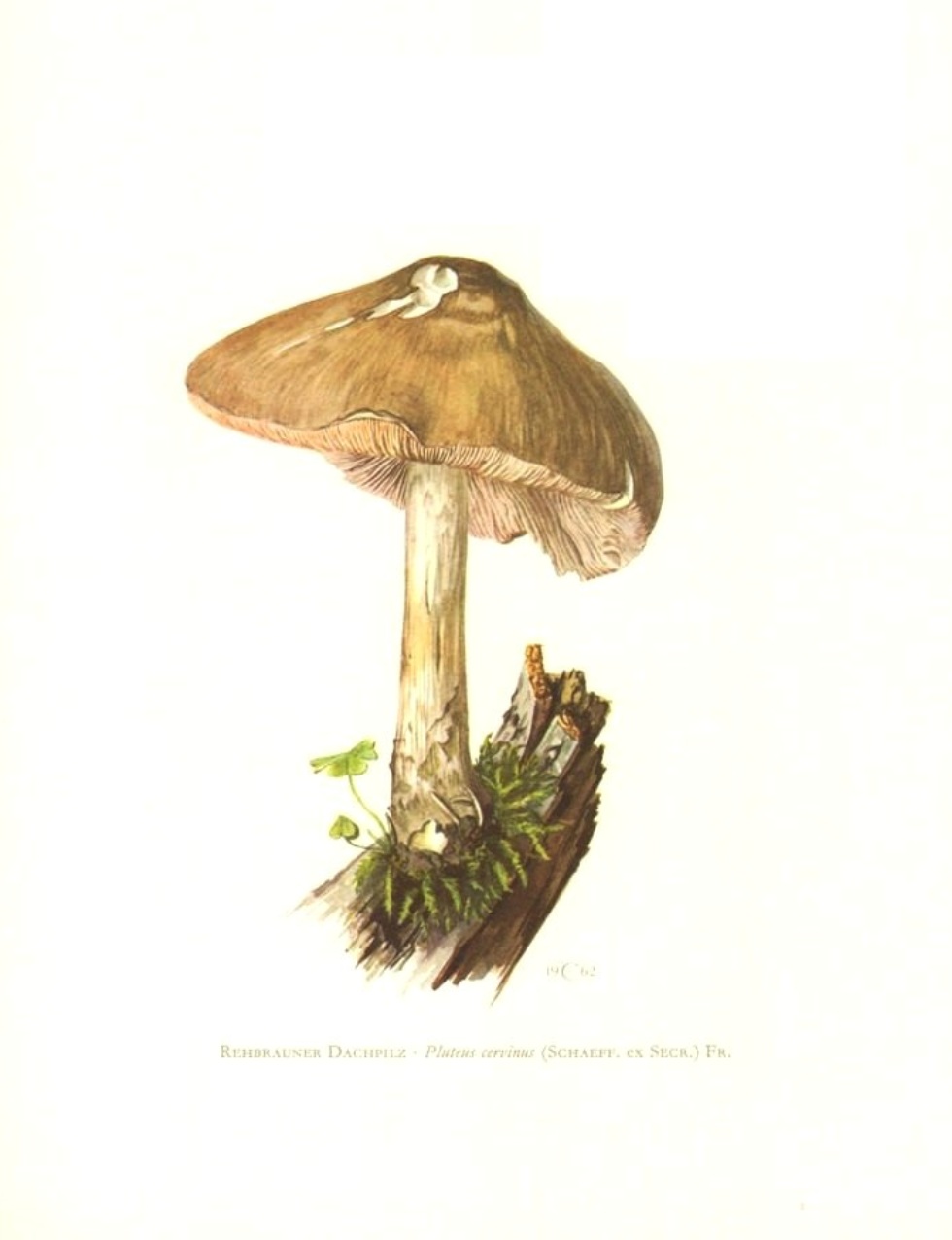 Recognition –
The Pluteus cervinus is recognized by the hat of the size of 7-12 cm, from bell-shaped to convex-flat, with a large central umbilicus, fragile.
The cuticle is glabrous, smooth, shiny, which becomes slippery with damp, brown and fibrillose in adult fungi. The margin is sinuous, cracked in adult specimens.
The lamellas are dense, wide, free, first white then pink with rust-colored shades, with serrated and clear thread.
The stem measures 6-10 x 0.8-1.5 cm, full, cylindrical, often enlarged at the base, whitish with brownish longitudinal fibrils.
The meat is more or less flaccid white in color with a smell and taste of turnip.
At the microscope, spores of 5-7.5 x 4-6 µm are noted, ellipsoidal, smooth, salmon-pink in bulk. The cystidia are fusiform, crowned by numerous extensions.

Cultivation –
It is a non-cultivated mushroom also due to its mediocre edible qualities.

Uses and Traditions –
The Pluteus cervinus is a edible mushroom from poor to mediocre also due to the meagerness of the flesh of the cap and the fibrousness of the stem. The fungus is recognized quite well by its rafanoid odor, together with the pink color of the lamellae and lignicola growth.
However it could be confused with the Pluteus tricuspidatus that can have similar size and shade of the hat but it has the blackish lamellar thread, it does not have a rafanoid smell and it grows above all on coniferous wood. Other similar species are: Pluteus atromarginatus, which is distinguished by the blackish thread of the lamellae and the absence of a radish smell; Pluteus patricius, with a lighter hat cuticle and Pluteus petasatus, with a whitish cap cuticle and more ellipsoidal spores.

Preparation Mode –
As for the preparation of this mushroom, it is not of particular culinary interest; limit wings, but only for younger specimens, can be used in small amounts in mixed mushrooms.