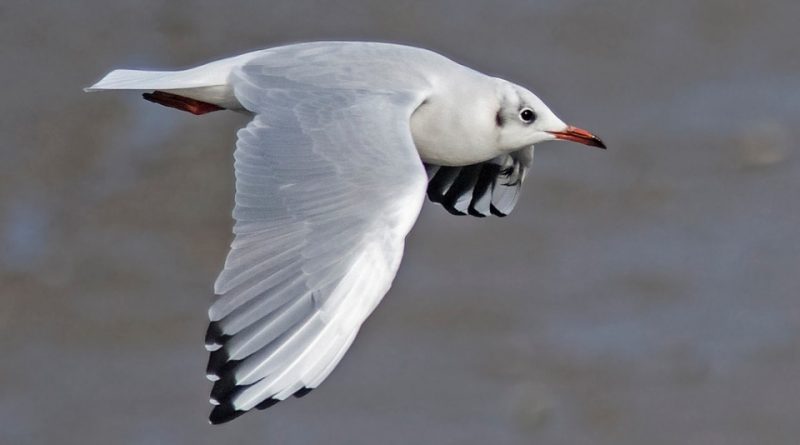 The Black-headed Gull (Chroicocephalus ridibundus, L. 1766) is a bird belonging to the Laridae family.

Geographical Distribution and Habitat –
The Black-headed Gull is a very common bird found in Europe, Asia and the eastern coasts of Canada. In Europe it is possible to find it up to Iceland. It is a usually migratory species (especially the northern populations) but some specimens, mainly in the western and southern areas, are also resident.
Its habitat is represented by lakes, ponds, vast reeds, marshes, coastal ponds, urban centers. 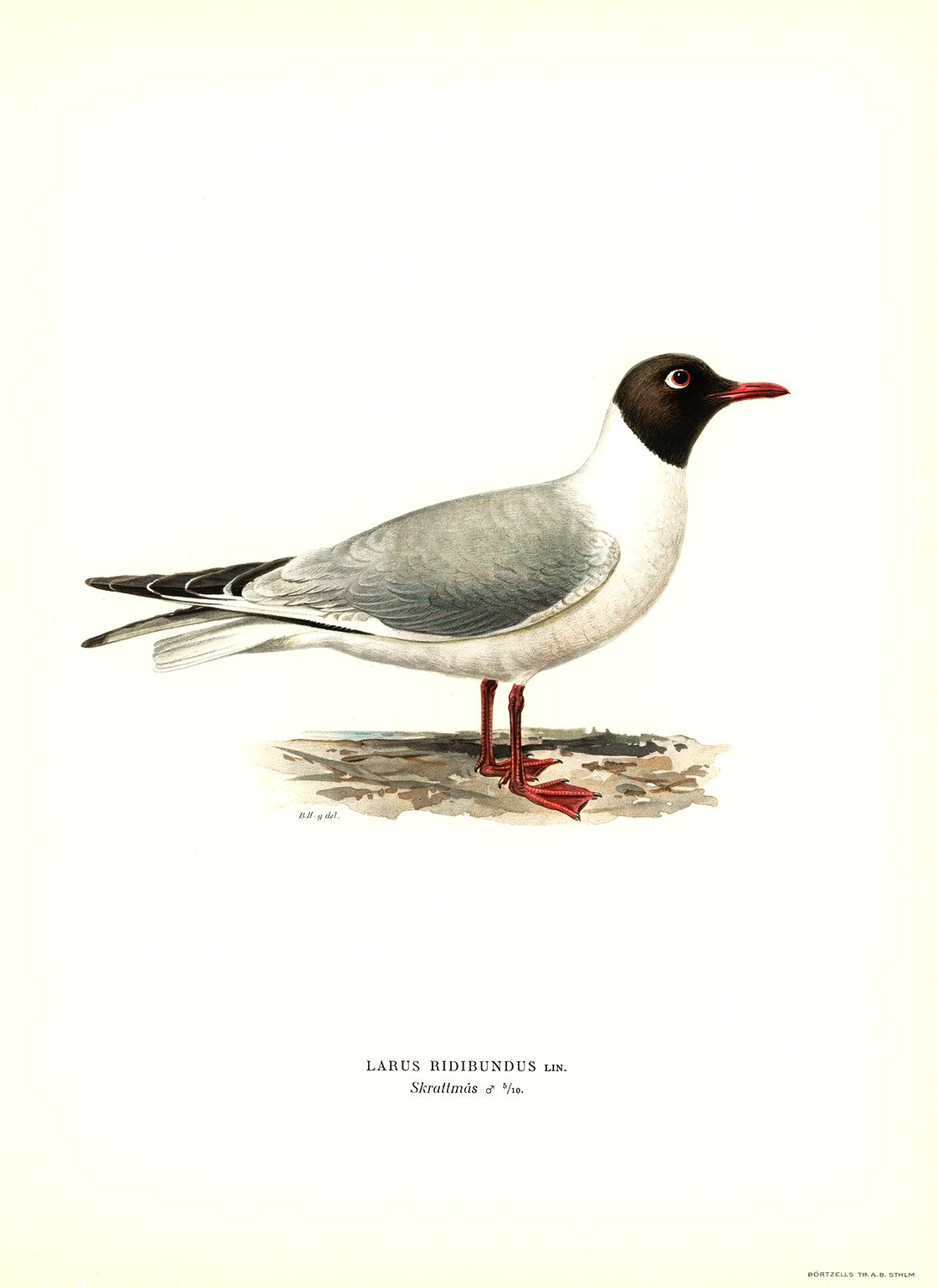 Description –
The Chroicocephalus ridibundus has a length that varies from 33 to 39 centimeters and in some cases it reaches 44 cm, with a wingspan that can reach and slightly exceed 1 meter. Male and female show an almost identical livery, with predominantly white, gray and black coloring. In wedding attire the head is covered by a dark brown hood and, around the eye, a white ring is visible. Outside the reproductive period, the brown cap disappears, except for a small spot behind the eye and a shade on the head, which is also not very visible. The beak and legs are dark red, the wings and the back gray, white and black – and with a typical “pattern” – the wing tips. In addition, younger individuals have a mottled brown color and gradually assume the livery of adults around 2 years of age.

Biology –
The Black-headed Gull takes two years to reach maturity. The young in the first year have a black terminal strip, more dark areas in the wings and, in summer, a more developed dark cap. This bird nests in vast colonies that occupy large surfaces. The distance between one nest and another is 5 meters, and it can be lowered up to 1 meter in the most crowded colonies (with more than 1000 pairs). The nest has a width of 50 centimeters, and is placed on the ground or in the low vegetation of the wet areas. The female lays on average 3 eggs per brood and the incubation lasts from 22 to 26 days. Usually there is only one brood, which occurs between the end of April and the beginning of May, but sometimes there may be a replacement brood that takes place at the beginning of July. Once the couple has settled into a colony, it becomes very territorial and defends its nesting area from intruders, even of the same species. They mark their territory in a clear-cut way defining an area ranging from 9 to 12 square meters. The boundaries of this area are subject to continuous changes following disputes with neighboring couples.

Ecological Role –
The Black-headed Gull is a species widely distributed throughout Europe. In Italy it is present as a breeder with a fairly modest quota, while the wintering population is particularly abundant. The main wintering sites range from the Biviere di Lentini to the Laghi di Mantova, from the Ravenna pialasse to the Po Delta, from the Venice Lagoon to the Simeto estuary. The picture is completed by the Lagoons of Grado, Marano and Panzano, in Friuli-Venezia Giulia, Lake Garda, the area of ​​Manfredonia-Margherita di Savoia and the lakes of Como, Garlate, Olginate.As all seagull species, even the common gull, in winter, leads a rather “social” life, both when caring for chicks and during the breeding season. It is not a pelagic species and is rarely seen off the coast.
Its flight speed is about 10 meters per second. During the flight the white margin of the wings is a good point visible from afar. His voice can be defined as an onomatopoeic term “creire” for the typical “crei-crei” repeated several times. This species of seagull sometimes feeds on the coasts and in landfills.
The Black-headed Gull is a shrewd hunter, able to adapt even to environments other than the marine one: it is not rare, in fact, to sight it in the fields or to find invertebrates among the plowed fields. It is a gregarious species throughout the year, easily observable even in urban centers. It almost always moves in large groups, also made up of several hundred individuals, near landfills of solid urban waste and on cultivated fields, especially on days of heavy rain or following plowing tractors. It is also common to observe flocks flying in a “V” arrangement which, in the morning, move towards the feeding places and, in the evening, return to the colonies. It is a distinctly omnivorous bird and, not infrequently, it can be observed while trying to steal food from other birds, including their own kind.