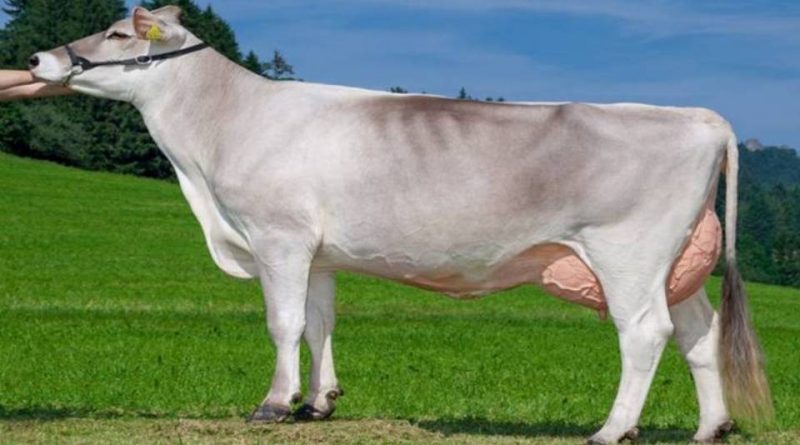 The American Brown Swiss is a dairy cattle breed (Bos taurus Linnaeus, 1758), bred in purity in the United States and Canada.

Geographical and area distribution –
The American Brown Swiss is a cattle breed that has its distribution area in farms and large ranches in the United States and Canada. In these countries the breed is bred in purity.

Origins and History –
The Brown Swiss Americana originated with the introduction of the Bruna delle Alpi breed in the United States; this introduction was made for the first time, directly from animals of the Bruna delle Alpi, coming from Switzerland in 1869.
These introductions, for a total of 155 subjects, continued until 1905, the year in which they were finally blocked to stem the spread of foot-and-mouth disease.
Subsequently, selection was made on this restricted population to specialize this breed to milk production.
Even if we do not have certain data on the matter, it is likely that the British dairy breed Jersey has contributed to the formation of Brown, thus allowing the improvement of the conformation and functionality of the udder.

Morphology –
The American Brown Swiss is distinguished by having a coat with a lighter color than the European Bruna alpina strains; the color is light brown-brown which sometimes tends to gray. In this breed the bulls have a darker coat color. The mucous membranes are black with a white halo. Black horns at the tip. In general, the American Brown Swiss differs significantly from the European stocks by:
– greater stature and weight;
– more pronounced dairy characters;
– less aptitude for meat production;
– head with very prominent orbital arches (which make you think of a provenance from Jersey).

Production aptitude –
The American Brown Swiss is a breed with excellent characteristics in terms of quality and quantity of milk which denotes a very high protein content.
Due to these peculiarities it was subsequently exported to many European countries to improve local Brown breeds, including the Swiss breed.