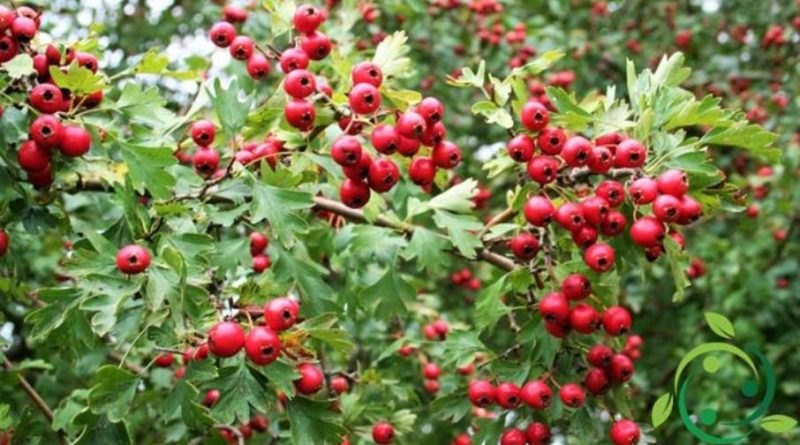 How to prune the Azarole

The blue-green (Crataegus azarolus L., 1753) is a fruit tree of the Rosaceae family that most botanists consider to be native species of Asia Minor or the island of Crete, from which it would have spread as cultivation throughout the rest of the Mediterranean basin (in particular in North Africa) and Europe. It is a minor fruit tree, not very widespread and also little known. Very cultivated plant in the past that should be taken up again for a series of interesting peculiarities and to increase the biodiversity of our farms.
In this card we will see how to prune the Azzeruolo, starting from the training of breeding up to that of production. The azure is a plant with shrub or small tree characteristics whose maximum dimensions reached are 7-8 meters in height and 3-4 meters of extension.
There are different varieties of this species such as: Azzeruolo di Romagna (red variety), Moscatello (white variety) and Azzeruolo del Canada (yellow variety) which, although presenting different growth habit, and more or less long branches, require the same operations cultivation and pruning.
Recall that the flowers of all the three main varieties are hermaphrodites so there is no need to grow more specimens to obtain the production of fruits, with the exception of the white variety, which is self-incompatible and therefore needs cross-pollination. flowering occurs in the apical part of the twigs having one year of age which present mainly mixed buds. Moreover, to know how to orientate in the methods and times of pruning it is recalled that the fruits ripen at different times according to the varieties; the red fruit-white and the white-fruit ones reach maturity in the second half of September, while the yellow one is earlier, with a maturation that takes place a month earlier, with the fruits that can be harvested already from the first half of August.
Finally, a hint to the rootstocks of the azerbaijan that can be cultivated both on frank and, more frequently on hawthorn which is particularly rustic and suitable for a wide range of soils. Let’s go to the forms of farming. The green can be bred according to different forms; if the purpose is ornamental one must choose a free form letting the plant grow according to its natural predisposition.If the goal is to cultivate for the production of fruits, the most recommended training method is the vase type. In this case from the main trunk, at a height of one meter, it is necessary to leave 3 or 4 main branches (at 120 ° or 90 °) which will form the entire crown. You can choose the pyramid shape but this is more suitable for the varieties that grow more in height.

The recommended sixths of plant (in the case of commercial cultivation or other plants) are 4 x 5, avoiding narrower sixths that can lead to the years of greater competition among plants but, above all, to greater phytosanitary problems.
An average of three years is required for pruning to form the soil. In this phase of vegetative growth it is necessary to immediately give the right shape to avoid then intervening with correction cuts that would slow down the entry into production.
To proceed with training (or breeding) pruning in the first year of cultivation, the main stem is trimmed to about one meter from the ground, any existing branches will be eliminated leaving the trunk bare. In this phase it is good to equip the plant with a support so as to facilitate growth and general stability.
Starting from the second year, we will observe the growth of the first vigorous shoots between February and March. This is the time of breeding of the 3-4 main branches. We choose the most robust buds and those already well arranged, while all the other branches present will have to be eliminated.
In the third year of breeding the ramifications chosen the year before will be freely developed, eliminating only any suckers that will be born at the base of the strain and if present, the shoots that are born on the trunk below the main branches will be cut.
In the following years we will proceed with green pruning and with the trimming of one-year-old shoots in order to stimulate the continuous production of flower buds.
Starting from the fourth year the production pruning will begin, except that the plant has been reproduced from seed and then there will be an average lengthening of one – two years (it also depends on the rootstock). Since, as already said, the blossoming of the green is on the young twigs of a year, these must be preserved and may however be shortened. With a cut of their apical part the plant will begin to emit flowers almost for the whole length of the branch. A suggestion regarding the production pruning, as it must take into account the future harvest. In the variety of red azzeruolo, which is more likely to emit thorns, we will try to create a fairly large crown in order to facilitate harvesting operations.
The interventions will have to be done annually, in the period of February or March, removing the old and diseased branches, those damaged or broken. Finally two references to renewal pruning and green pruning.
The renewal pruning must be done especially in old and neglected plants for a long time; in this case we must immediately say that it is useless to re-set the shape of a now freely developed plant unless the crown is to be resized for reasons of space. All that is needed is to restore balance to the aerial part by thinning out the internal part of the foliage with the elimination of intricate and too dense branches. It will also be necessary to limit the excessive extension of the plant with operations on the final part of the foliage, giving a more harmonious appearance and eliminating the diseased, perished branches without exceeding the cuts. Also the suckers, as usual, must be eliminated.
The green pruning is carried out in the summer (or at the autumnal limit) by trimming the mixed branches that bear the flowers apically. This operation will cause the following year a greater floral induction with greater fruit production.