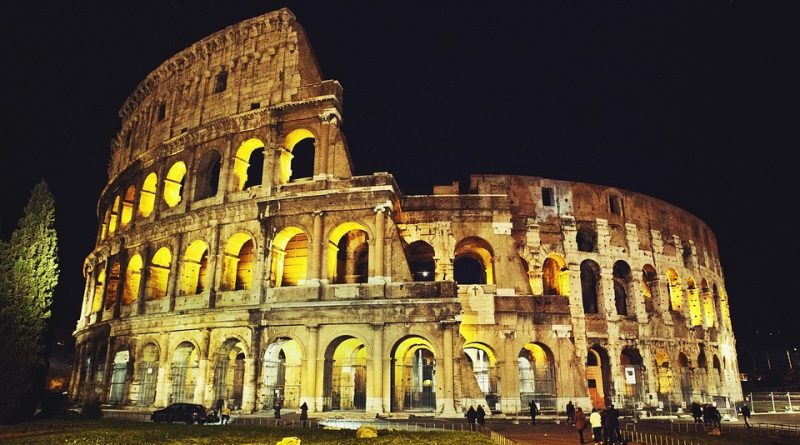 Italy, which is officially called the Italian Republic, is a parliamentary republic located in southern Europe, with a population of almost 60.5 million, an area of ​​302,072.84 km² and with the city of Rome as its capital.
From the geographical point of view it is bounded by the Alpine arc; it is bordered to the north, from west to east, with France, Switzerland, Austria and Slovenia; the rest of the territory, surrounded by the Ligurian, Tyrrhenian, Ionian and Adriatic seas, juts out into the Mediterranean sea, occupying the Italian peninsula and numerous islands (the largest are Sicily and Sardinia). Within the Italian territory insist the States of the Vatican City and San Marino.
Italy has the highest level of biodiversity in Europe which represents more than a third of the entire European biodiversity. The incredible Italian biodiversity is also linked to its geographical position; Italy is in fact one of the most southern European countries, and is surrounded by the sea on three sides. It has 8,000 kilometers of coastline and its position in the middle of the Mediterranean makes it a corridor between the center and the south of Europe, and North Africa.
Furthermore, the species present on the Italian territory also come from the Balkans, Eurasia and the Middle East. Italian birdlife is also positively affected by its proximity to Africa, the peninsula and the islands (including across the Corsica-Sardinia bridge), which is a fundamental passage point for migratory birds, which in some cases can become sedentary (for example the femicotteri).
The diverse geological structure of the territory contributes to this biological diversity, the presence of high mountain ranges, especially the Alps and the Apennines that determine a diversity of climate and habitat – a very large Alpine arc in the North with glacial environments and coniferous forests. , woods and rivers in the center, garrigue and Mediterranean scrub in the South.
Inside the peninsula we find a remarkable diversity of botanical species (9,000 species – at least half of the European total, of which many however have been introduced by man since protohistoric times, such as olive, cypress, maritime pine, Aleppo pine, chestnut , screw etc.).

Fauna –
86% of the Italian fauna is terrestrial and 14% aquatic, while insects represent about two thirds of the entire fauna.
The Italian fauna includes about 57,468 species – including 1,812 species of Protozoa which, due to their phylogenetic proximity to the Animal kingdom, are considered an integral part of the fauna – in total equivalent to more than a third of the entire European fauna, thus bringing Italy in first place in Europe for biodiversity.
Within this, the most represented phylum is that of the Arthropods (45,888 species, almost 80%), consisting essentially of the Insect class (37,303 species, about 65% of the Italian fauna), dominated in turn by the order of Coleoptera (12,005 species, equal to 21.7%).
The Vertebrates, on the other hand, constitute only 2.2% (1,255 species), with: 120 species of Mammals, 473 of Birds, 58 of Reptiles, 38 of Amphibians and 568 of Pisces.In the inventory of Italian fauna species are included 4,777 endemic animal species, equivalent to 8.6% of the total. 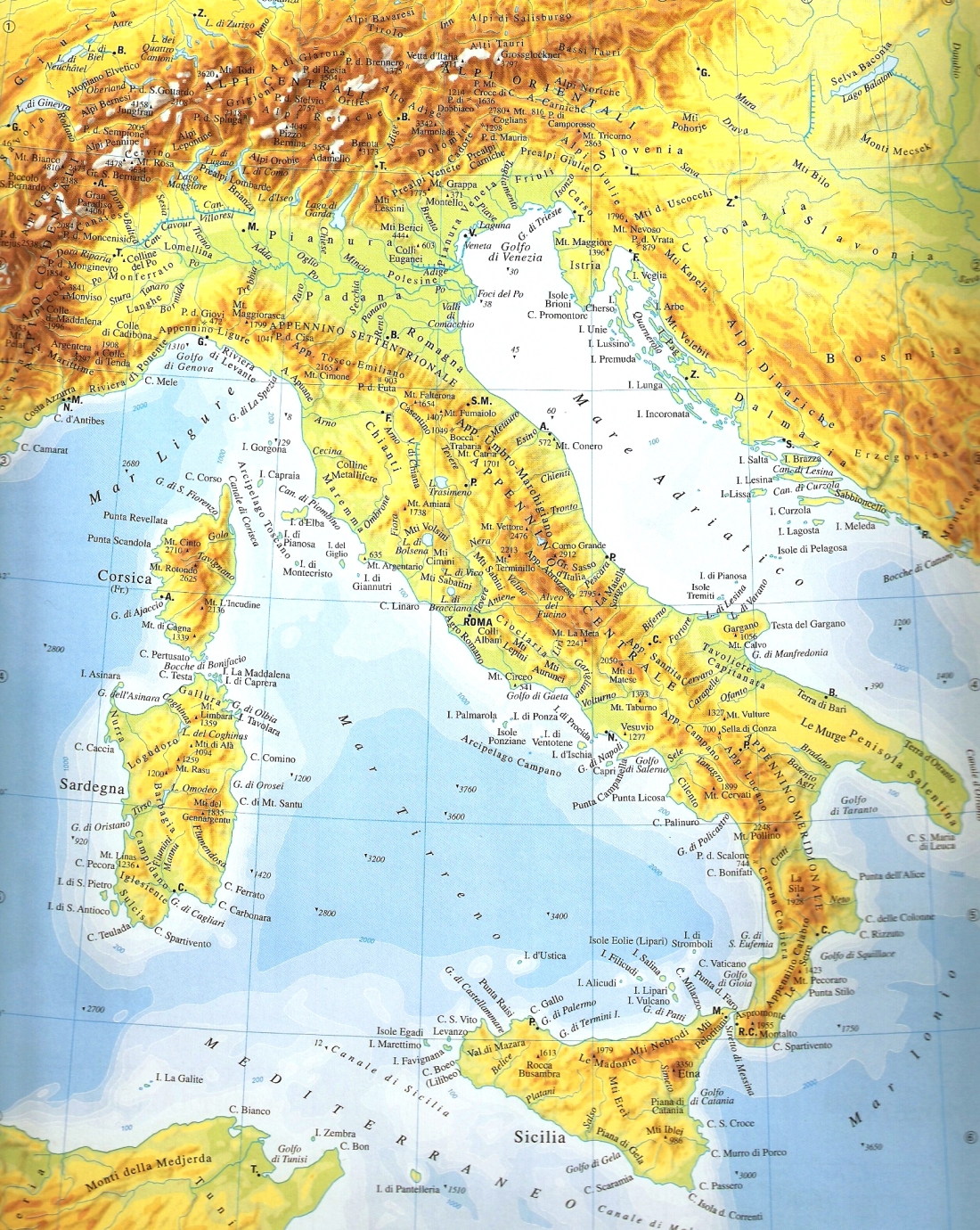 Flora –
The Italian flora belongs, from the climatic point of view, to that of temperate climates, with the exception, of course, of the higher mountain areas. The peninsula and the islands are dominated by the characteristics of the Mediterranean climate, warm temperate with dry summers and rainy winters. Instead in the north, in addition to lower temperatures especially in winter, there is a more uniform distribution of rainfall even in summer.
Inside we can distinguish in some cases western species (eg the white hornbeam, limited to Western Europe) and oriental species (eg the eastern hornbeam, really from Eastern Europe). Moreover the last era Glacial, the Würm Glaciation, which ended only 12,000 years ago had a noticeable influence on vegetation, particularly by means of glacial relicts. A famous example is the Etna birch, pushed to Sicily in times when the climate was decidedly colder.
Add to this the anthropic action that, since Roman times, has produced the destruction of most of the plain and hill woods, the extinction or rarefaction of many species, the transformation of the cut forests, the expansion of the pastures, the introduction of exotic species that became naturalized (eg the prickly pear, now so common in the hottest areas of the South). It is above all in the plain and in the gentle slopes of the hills that man has fixed his abodes; and it is here that very little remains of the natural vegetation. Vegetable gardens and gardens near the houses, fields extended around the villages for the cultivation of cereals, potatoes, other products, orchards, vineyards, olive groves have now almost replaced the natural vegetation.
The differences in climate between mainland Italy and peninsular Italy give rise to a different vegetation in both areas, the so-called Floristic Zones. The altitude above sea level is also of great importance. It speaks therefore of phytoclimatic zones, which, for Italy, are mainly the Lauretum, the Castanetum, the Fagetum, the Picetum and the Alpinetum.
In general we can distinguish the following types of vegetation related to the differences in latitude and altitude. The Italian flora is very varied from place to place given the large latitudinal extension of the country and given the presence of several different climates. Mainly three different floristic regions are designated, belonging to the three biogeographical regions present (alpine, continental and Mediterranean). Consequently also the vegetational associations change considerably. In summary we can schematize the Italian vegetation as follows:
– evergreen Mediterranean vegetation, consisting of shrubs and trees with persistent leaves, in areas with a Mediterranean and almost arid climate. This characteristic flora is given by umbrella or Mediterranean pines, olives, citrus fruits, cork oaks, prickly pears, agaves, laurels, myrtles, junipers and many other shrubs that dominate along the coasts of the peninsula and islands.
– broad-leaved vegetation, mainly chestnut, oak and beech trees, with different characteristics in the plains (in the few places where it was not destroyed by human activity), in the hills and in the mountains.
– coniferous, larch, pine and fir vegetation, mostly evergreen, limited to alpine areas and a few high places in the Apennines.
To these are added the plant associations lacking or poor in trees: grasslands, pastures, deserts. In the mountains, as you ascend, the forest gives way to mountain pastures, scattered with various shrubs (eg pine trees, rhododendrons, junipers) and dotted with small colorful flowers. Higher up, one reaches the grasslands of altitude and even situations comparable to the desert because they lack or almost no vegetation (rocks, glaciers). Another situation that can be compared to the desert from the point of view of vegetation is, at the other extreme, along the coasts (beaches, rocks).