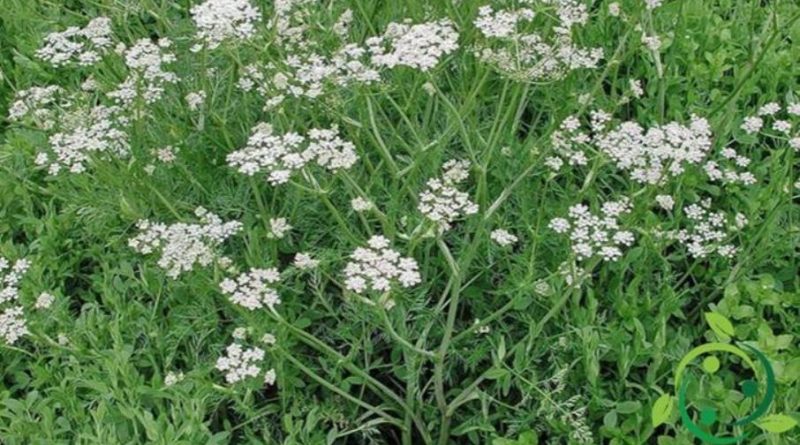 The caraway (Carum carvi L., 1753), also known as cumin, carvi and aniseed of the Vosges, is a biennial herbaceous species of the Apiaceae family, native of Europe and central-western Asia, known in Africa north-east, but cultivated both in Europe and in the United States of America. In Italy it is widespread in the subalpine areas and in the northern Apennines. This plant, not to be confused with cumin (Cuminum cyminum), which has similar fruits but with a completely different aroma, has remarkable medicinal and therapeutic properties. The mature cumin seeds contain mainly essential oil, composed of aldehydes, limonene, pinene, carvone, fellandrene and fatty oils.

Thanks to the contained essence, cumin plays a carminative and antispastic action. In addition, the oil stimulates the activity of the stomach, gall bladder and pancreas. In the seeds we also find proteins, carbohydrates, tannins, dyes, starches and flavonoids, whose properties are not yet known. Finally, the carvone it contains has a reinforcing effect and is a valid aid in the prevention of diseases. In general, cumin is an excellent remedy against gastrointestinal disorders. It stimulates the appetite and promotes digestion. The essential oil obtained from it is able to relax the muscles of the gastrointestinal tract and stimulate bile secretion. It also helps to relieve menstrual pain and increase whipped milk. It is also an effective restorative: it relaxes the nervous system and brings energy and vitality.
Even the caraway leaves are used to flavor salads and soups. The fruits, harvested and ground, are used both in the culinary and phytotherapeutic fields.
The essence of the Cumin of the meadows is used in liqueur for the preparation of Kummel which is a rather famous drink.
As for the uses: 4 drops of caraway essence in a teaspoon of honey improve digestion and celery colic. The essential oil is also useful as a disinfectant and pesticide.