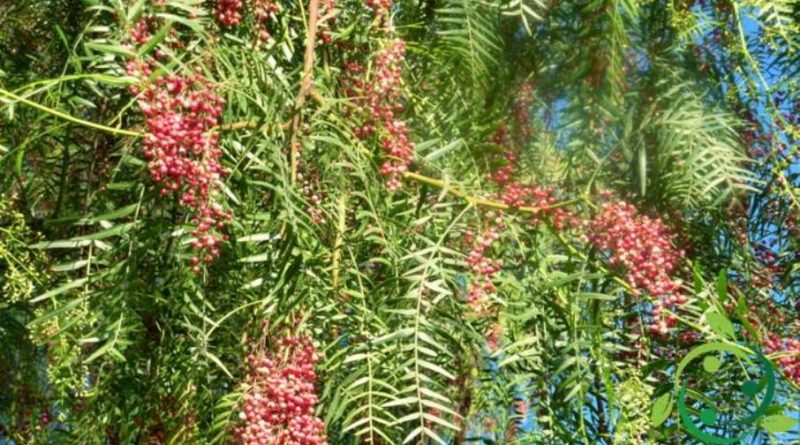 How to grow False pepper

False pepper (Schinus molle L.) is an evergreen, dioecious tree species, which can reach 5 to 7 meters and with foliage of the same width. It is a plant native to the highlands of Bolivia, Peru, Chile; in our latitudes it grows until it reaches medium size. It is an ornamental tree very appreciated for its shape, similar to that of the willow, with its flexible branches that almost harmonically reach the ground and the fragrant essence that characterizes every part of the plant. The False pepper blooms between June and July (in places of origin instead between October and November): the inflorescences, which appear both at the apices and at the leaf axilla, are very ramified, large and declining. The individual flowers are small and with colors ranging from greenish white to light yellow. In this sheet we will see how to cultivate the False pepper in consideration of its particular pedological and agronomic needs. Let’s say immediately that the false pepper prefers the very bright and sunny positions even if they can be placed at home even in partial shade; moreover it is a plant that can bear some degrees below zero, but during particularly harsh winters it is good to protect them, especially for young specimens. In general, however, it prefers warm and sunny locations, especially in central Italy and in the mild northern areas. In the South, however, it is possible to place it even where it is slightly shaded. It is also a plant with fast growth, so very useful to create shade within 4-5 years. As for the pedological aspects, the false pepper is a plant that adapts to many soil but these must not have stagnations that this plant tolerates very bad (subject to root rot). For its rusticity it is however a plant that is very well suited to soils with a low content in organic matter, rather poor and with an alkaline pH.

It does not even have problems in case there is a high salinity, both in the air and in the ground (it is in fact used for the reclamation of the areas affected by erosion, especially on the coasts). As for transplanting this can be done at any time of the year (except for colder areas where it is best to implant in the spring), avoiding only working with low temperatures or extremely wet soil. As for the propagation it is possible to start from the sowing of the small dark seeds, in a mixture of peat and sand in equal parts; the seeds have little germination, so it is good to sow them in large numbers in order to obtain some seedlings. It can be propagated by woody cutting that must be taken during the summer. The only attention, in the first years of life, in very cold areas and with possible frosts, is to carefully mulch the soil with straw, leaves, shredded manure or pine bark. The crown instead will be covered with one or, better still, more layers of non-woven fabric. As for fertilization, the false pepper is one of the least demanding that exist, at most it can be placed in the hole of the mature manure plant that allows a rapid rooting of the plant. Regarding the pruning this should be done according to the shape we want to give the plant. The Schinus molle tends, similarly to the weeping willow, to create very long branches that then go to the ground. If the tree is grown in an area where it resides, it is necessary to trim the descending branches twice a year at the height of about 2 meters, at the beginning of spring and in summer. The false pepper also bears severe pruning and has no problem rejecting vigorously. If instead you love its natural form, leave it as it is limiting to open slightly the leaves by removing some branch that goes towards the center, so that it can pass a little ‘more light and air inside the foliage. What is very important is the anchor with very robust guardians up to 4-5 years of life as this tree is equipped with a very foldable wood (from which the specific epithet springs) that should be subject to bending even with winds not necessarily strong. As for water needs, False pepper is a plant that can stand without problems even long periods of drought, to have an abundant flowering, however, it is advisable to water regularly, especially in the first two to three years from planting the plant. after this period the roots of the plant make the tree totally autonomous. One last recommendation: it is not possible to plant too many plants in the same area because leaves and fruits release compounds that, with the phenomenon of allelopathy, inhibit the growth of other specimens of the same species. They must therefore be spaced at least 4 meters apart from each other.

2 thoughts on “How to grow False pepper”