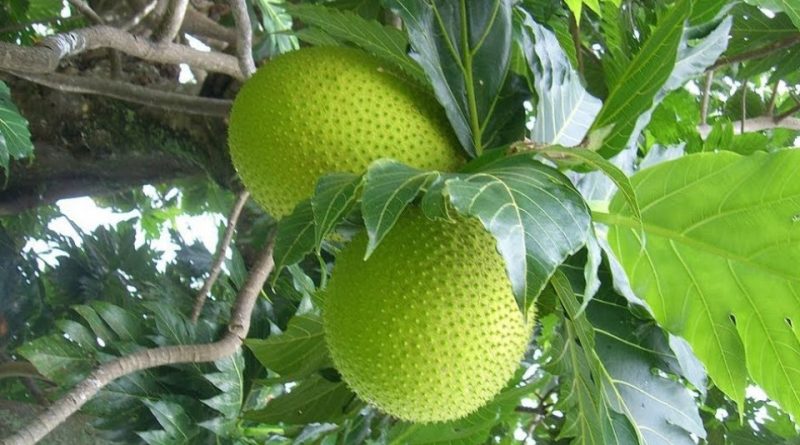 Systematic –
From a systematic point of view it belongs to the Domain Eukaryota, Kingdom Plantae, Subarranean Tracheobionta, Superdivisione Spermatophyta, Magnoliophyta Division, Magnoliopsida Class, Subclass Hamamelidae, Order Urticales, Family Moraceae and then to the Genus Artocarpus and A. Species astile.

Geographic Distribution and Habitat –
The breadfruit has its origins in northwestern New Guinea, where the ancestors of the Polynesians found this plant around 3,500 years ago. Gradually the cultivation of this plant was introduced into the Pacific (except Easter Island and New Zealand, which are too cold). The plant also spread to insular and coastal southern Asia. Today the Artocarpus altilis is a widespread tree in the islands of the South Pacific, where it is one of the main sources of food. 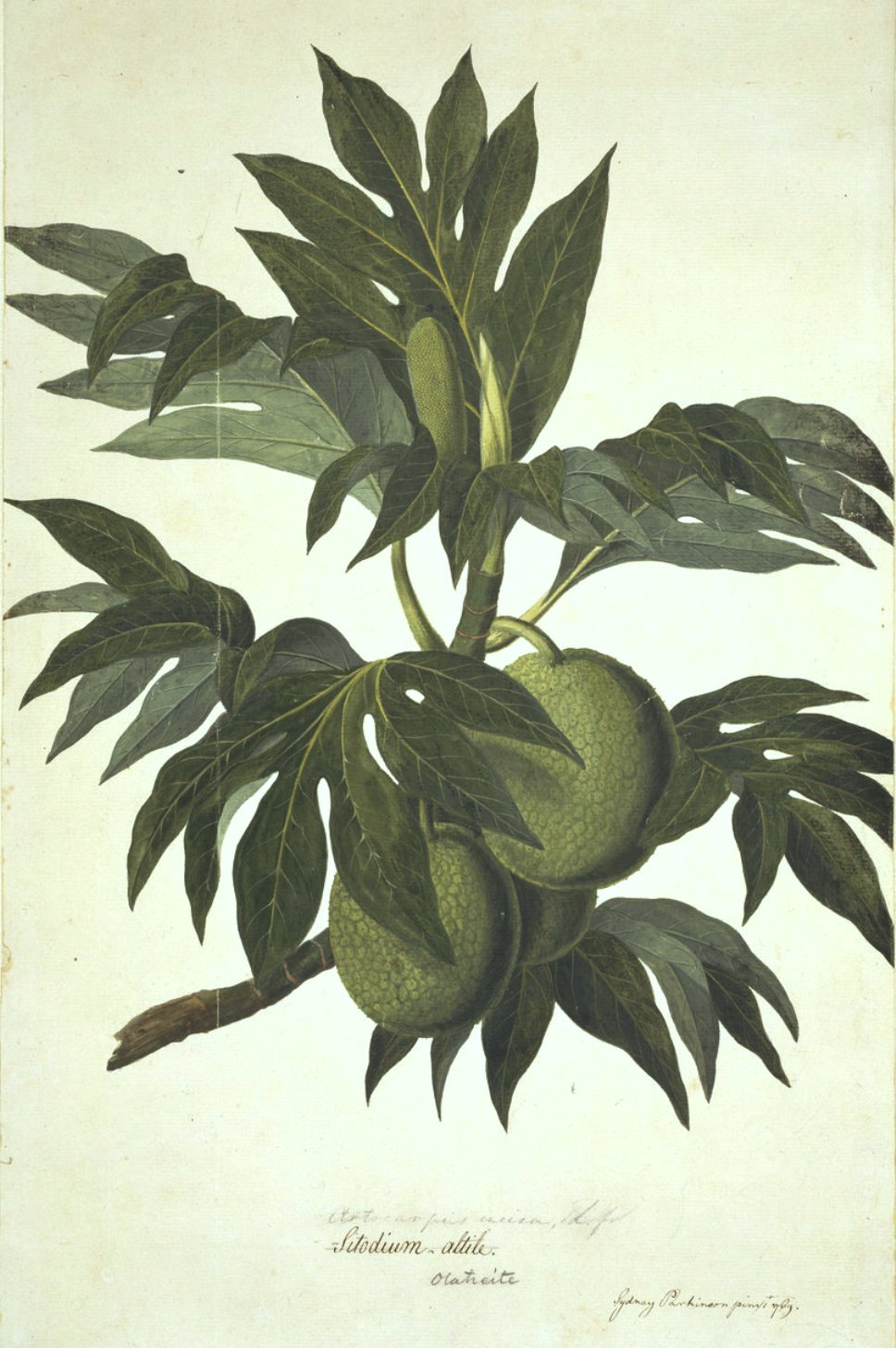 Description –
The Artocarpus altilis is an arboreal species that can grow up to 12 m in height. The folgies are long, of glossy green color, deeply incised and leathery. The fruit, the size of a small melon, has a tough and wrinkled rind and a whitish, floury pulp. The flowers are unisexual, brought from the same plant on separate racemes.

Cultivation –
The breadfruit is a plant that grows elusively in areas characterized by a tropical or sub-tropical climate, with humid heat, temperatures ranging between 23-25 ​​degrees Celsius throughout the year and sunny exposures for many hours to day. It tolerates salty winds quite well but does not tolerate cold winds and low temperatures. The plant grows well on loose, mixed sand and well drained soils with pH values ​​slightly acidic or alkaline with pH values ​​between 6.5 / 7.5. The plant should be irrigated abundantly, especially during dry periods and in summer, preventing the soil from drying out completely. Irrigation must be regularly practiced even during the winter period, reducing however the water supply. For details of the cultivation technique refer to the following sheet.

Uses and Traditions –
The history of the breadfruit is closely linked to the migratory waves, already 3,500 years ago, starting from South-East Asia; here the Lapita people used huge double-hull canoes to migrate south through countries known today as New Guinea, New Caledonia, Vanuatu, Fiji and even further into the central Pacific. Making these journeys meant carrying out authentic navigational exploits, taking into account that to reach certain islands you had to sail for hundreds of kilometers in the open sea. The double hull canoes of the lapites that crossed the seas could carry many people, but also domestic animals, supplies and various seeds, cuttings and potted plants. As they were distributed in the Pacific, the Lapis discovered and populated the Melanesia islands of Polynesia and Micronesia to the north, New Zealand to the south. They spread like the waves of a tide, finally reaching remote places like Easter Island and Hawaii. In any case, wherever they went, among their most illustrious “passengers” was the sturdy bread-tree. Today in Fiji and in many other parts of the world, the bread tree is highly valued for its nutritional value and low cost. Certain varieties are resistant and fruitful as they often bear fruit three times a year, even over a period of 50 years, even in poor weather conditions. The fruit has a consistency similar to that of bread and its many varieties have different flavors. Taste is usually defined as a middle ground between bread and potatoes. It can be boiled, steamed, roasted or fried and with it you often make a dessert. It can be dried and reduced to flour for cooking. If the pulp is fermented, it is kept for years. The leaves can be used to wrap foods such as fish and chicken so that they retain moisture and taste during cooking. Also the peeled seed, which tastes of walnut, is edible. Sometimes the lymph is collected, that the children have fun chewing gum.The edible fruit, which has the size of a small melon, has a rough and leathery rind and a white and floury pulp that can be prepared and consumed in different ways.This fruit contains 20% starch and 1-2% albumin, you can cook, fry, roast or dry. The seeds of ripe fruits – the peanuts of bread – are eaten toasted. Textile fibers are obtained from the inner bark; with wood, soft and light, furniture and small boats are built, while waterproofing preparations are obtained from the sap.

Preparation Mode –
The fruit of the breadfruit can be prepared in various ways: it can be cooked, fry, roasted or dried and reduced to cooking flour. It can also be boiled, steamed, and with it you often make a dessert. If the pulp is fermented, it is kept for years. Even the seeds of ripe fruits (peanuts of bread), which taste like walnut, are eaten toasted. Even the leaves are used to wrap foods such as fish and chicken, to maintain moisture and flavor during cooking. This plant also contains the sap, which is chewed by the children of the peoples where the bread tree is grown, as if it were a chewing gum.