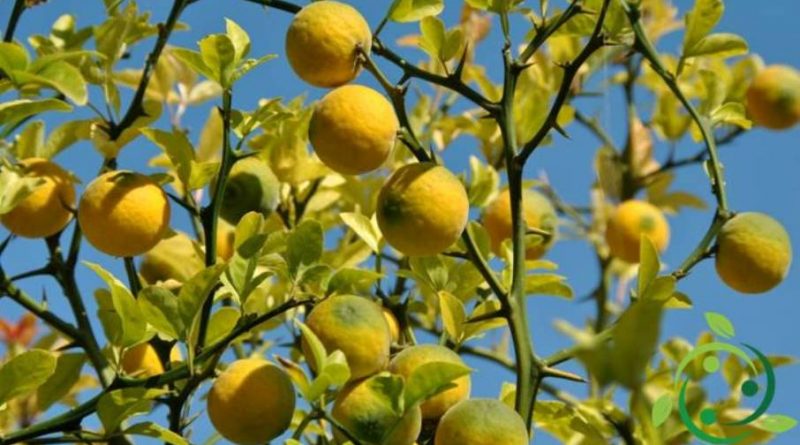 How to prune the Poncirus

The trifoliate orange or Poncirus (Poncirus trifoliata L. or Citrus triptera) is a citrus fruit of the Rutaceae family of northern and central China. It is the only deciduous citrus fruit. It is also a small, fast-growing tree with irregular bushy bearing. The branches generally have long pointed spines, but on spurts of a year spurs do not develop without thorns, with close internodes. The tree is also recognized for the presence of leaves with trifoliate lamina (one larger apex and two smaller lateral ones) ) with petioles provided with fins. Another peculiarity is that the flower buds are formed at the beginning of summer but open only the following spring, before the leaves are emitted. The flowers are single and medium-sized, while the fruits that are formed are small, globose or slightly pyriform, have a yellow color when ripe and a very acidic taste. The trifoliate orange is also a plant very resistant to cold (up to -15 ° C), which allows it to grow beyond the average latitude of other citrus and as an ornamental plant, as well as as rootstock for other citrus (gives a good resistance to cold, a high adaptability to moist soils, resistance to citrus nematode and to gummy collars, an early entry into production and a good quality of the fruits, much appreciated for potted plants because it has a slightly nano-like effect and a superficial root system). The Ponciro propagates easily by seed and cutting. Now, depending on its characteristics, we see how to prune the Ponciro and some interesting alternatives. We immediately say that the ponciro bred as a tree or even as a shrub should be subjected to pruning both to give shape to the crown (pruning of training or breeding) and to eliminate the dry branches and those damaged by the cold and allow a constant renewal of the branches that will have to fructify.

Pruning operations should be performed twice a year: in spring before the vegetative awakening of the plant or in autumn after harvesting the fruit. Both prunings must be light to avoid vegetative decompensation to the plant which, in an attempt to restore the eliminated plant mass, would slow down production efficiency. In July, green pruning is carried out to avoid unnecessary waste of energy. This operation must be done with suitable tools, disinfected and well sharpened in order to cut off the suckers that grow at the base of the trunk, the non-productive suckers and to thin out the innermost branches to promote aeration. In this period should not touch the branches that have lignified but only the young shoots of the year.The form of breeding to be adopted may be the globe, similar to other citrus, with 3-4 main branches (at 120 ° or 90 ° ) and scaffolding of the same around 60-90 cm of height from the ground. Due to its morphological characteristics the trifoliate orange can be cultivated but also for ornamental purposes and, in this case, in addition to what has been said before, different breeding forms can be adopted and the plant tolerates very well. One option is that of Orange trifogliato a hedge. It is a possibility that can be very useful, and aesthetically valid, for those who want to create shade in spring and summer and have the sun in winter, because the trifoliate orange is not an evergreen, so in winter it loses all the leaves. In this case the single Ponciro plants must be planted at a distance of 50 – 70 cm from each other. Since the plant is resistant to cold and wind, but the first year is more vulnerable, if you are in a very windy area, it would be appropriate to accompany each plant with a brace that you can remove later in time (even after the first year , when the root system will be consolidated). Obviously the pruning for hedges will have to provide no longer the shape of a vase but a similar one to palmette with 2-3 branches placed all on the same axis and the branches that will form within the encumbrance expected for the hedge. The scaffolding may be even lower but this also depends on the objective and function of the hedge. There is no contraindication to prune abundantly (except that which will produce less, but the objective in a hedge plant is another) as it bears annual pruning also very drastic and forms excellent shadowing and windproof barriers. The only inconvenience that you must avoid is to put the Ponciro in front of prevailing salty winds, in this case could suffer a lot.