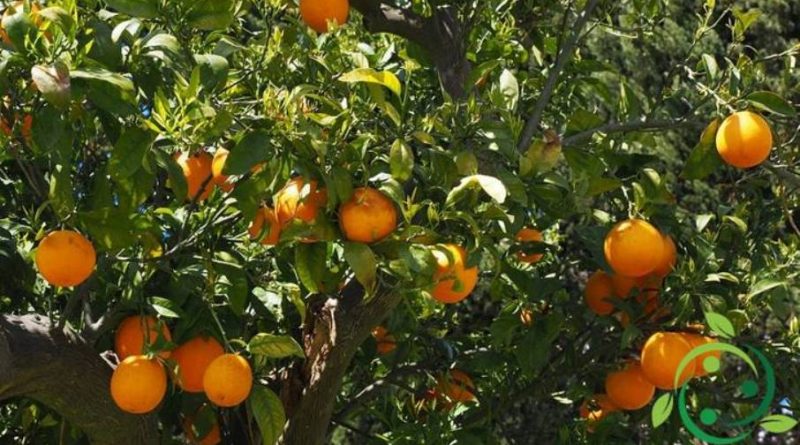 How to prune the Orange

Orange (Citrus sinensis (L.) Osbeck, 1765) is a fruit tree of the Rutaceae family, whose fruit is orange or sweet orange to distinguish it from bitter orange. It is an ancient hybrid, probably between the pomelo and the mandarin, but for centuries it grows as an autonomous species and propagates by grafting and cutting. In this sheet we will see how to prune the Orange starting from pruning of training or breeding up to that of production. The formation pruning is important to give the desired shape, from the newly formed seedling, while the production pruning aims to create the best conditions of equilibrium between the vegetative part and the productive part (fruit) of the orange. The training pruning must be performed Whereas, in the first few years, those in which the plant must be formed should be limited to the maximum and it will have to act only to eliminate suckers (branches which tend to vegetate considerably upwards) and excess ramifications. The only ones that can be maintained are the basal ones in such a way as to lower the height of the trunk as much as possible. This weighted intervention aims to bring the plant to reach production maturity in a short time. With regards to the form of rearing or training that is most recommended for orange, this is the globe shape. form we start from a plant already deck about 0 cm from the ground and presenting 3-4 branches. These branches must have an inclination of 60 ° with respect to the vertical, be in a symmetrical position and their insertion points must be about 10-15 cm apart from each other; if we find any branches in excess, these must be eliminated. As already said, however, interventions must be limited to the minimum necessary to prevent the plant from delaying its entry into production because of the need to have to restore the pruned parts in excess. branches will then be covered by more or less thick vegetation, also in relation to the varieties. The current trends, in order to use all the available space, aim at obtaining a form of full-blown breeding, that is to make the vegetation of the branches expand to the ground. For this reason, in order to give full growth to the foliage, the planting pattern adopted is in square 5 x 5 m.

In oranges, like other citrus fruits, the fruiting occurs on the branches of the previous year and the growth of the branches normally occurs in three periods: spring, early summer and autumn. The floral induction of the buds begins during the winter rest period, while the maximum content of reserve substances in the leaves and branches occurs during the months of February and March. The setting of the flowers depends on the quantity of reserve substances present in the plant. For this reason, pruning should never be performed in February and March, when the reserve substances accumulate, and the periods should also be avoided. in which the temperatures are very low or very high to avoid that the plant suffers, under such climatic conditions, cutting interventions. As for the intensity of the pruning technique, you should not exaggerate with the pruning, limiting only to lighten the crown, eliminating the dry, broken or debilitated branches after they have already bloomed or those curved downwards. As for the suckers, which are long branches without fruits, should be eliminated when they come from the basal part of the larger branches; those located in the most peripheral areas of the canopy can be limited to the sprouting.If, once the foliage of the plant has been formed, a certain bundle de the shoots: they must then be thinned to ensure that the twigs are correctly spaced. The pruning, in the orange can be performed alternately every year, in a balanced and constant way in order to eliminate from the plant a vegetal mass that will then be restored by the plant with the next vegetative phase.The purpose of pruning, as well as for the formation of the plant and the vegetative-productive balance, is to give the crown of the same a perfect aeration without however excessively eliminating the fruiting branches.This condition is necessary to avoid excessive shading within it that would end up favoring some parasitic attacks including those of aphids and especially cochineals.Also we must remember that orange, like many other citrus, produces at height of man, so the plant it must be built taking into account this characteristic. Branches that go too much upward become less productive than the branches that tend towards the bottom. In this sense, above all a time was in force a technique that consisted in anchoring the low branches to the ground to encourage greater allegation and production of these.