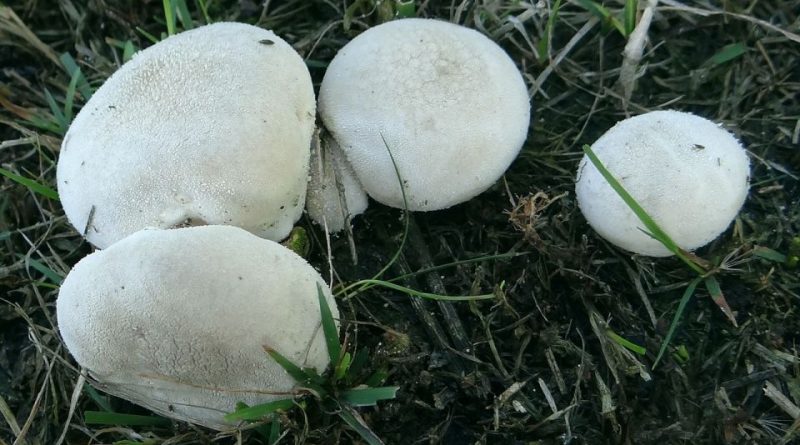 Systematic –
From the systematic point of view it belongs to the Eukaryota Domain, Fungi Kingdom, Basidiomycota Division, Agaricomycotina Subdivision, Agaricomycetes Class, Agaricales Order, Family Agaricaceae and then to the Lycoperdon Genus and to the L. Pratense Species.
They are obsolete synonyms and binomials: Utraria pratensis (Pers.) And Vascellum pratense (Pers.).

Etymology –
The term Lycoperdon comes from the Greek λύκος lýcos lupo and from πέρδον perdon peto, loffa: lupa di lupo, due to the peculiarity of the mushroom to emit, when hit or crushed, silent puffs of spores. The specific pratense epithet comes from prátum lawn: lawns, in reference to the growth environment.

Geographic Distribution and Habitat –
The Lycoperdon pratense is a fungus that grows mainly in meadows and pastures, often gregarious, in the period from summer to autumn.

Recognition –
It is recognized for having a sub-globose fruiting body which then fades into a short, stubby stem, whitish in color, then brownish-yellowish, sometimes with pinkish-orange hues; the outer envelope is furfuraceous, with small white spines, while the underlying shell is smooth, which opens first by means of a small pore (ostiolo), then extends until it affects the whole fertile part. The meat is white when the mushroom is very young and then become olive-brown; a sterile basal portion, clearly separated from the rest by a membrane; it has an undefinable smell and taste. The microscope shows globose or ovoid spores, finely verrucous, brownish-olive in mass.

Cultivation –
Lycoperdon pratense is not a cultivated mushroom.

Uses and Traditions –
This fungus is a species easily distinguishable by virtue of its soft and spongy consistency and by the presence of the membranous diaphragm (visible by dissecting the fungus). It can be confused with species belonging to the genera Calvatia or Bovista, but these are devoid of the membranous diaphragm. Edibility It is considered edible but of little value and, however, is mediocre when young, when the gleba is still white, deprived of the peridium and the subgleba.

Preparation Mode –
The Lycoperdon pratense can be prepared like other young vulgates edulis but has a mediocre edibility.