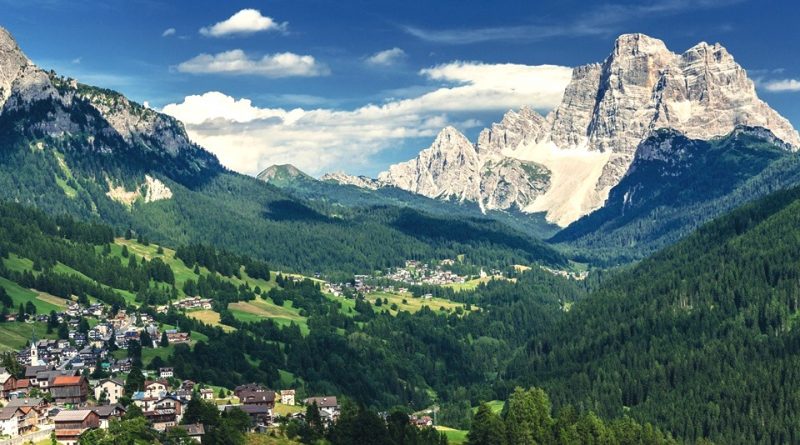 The Belluno Dolomites National Park is a national park established in 1988 and located in the province of Belluno, in northern Veneto. It is identified with the codes: WDPA 6181 and EUAP 0015. It has an area of ​​15.030.22 hectares, entirely included in the province of Belluno, and located between the Cismon rivers to the west and Piave to the east, extended north to the Maè basin and to south in the lower Agordino.The municipalities that are included in the Belluno Dolomites National Park are 15: Belluno, Cesiomaggiore, Feltre, Gosaldo, La Valle Agordina, Longarone, Pedavena, Ponte nelle Alpi, Rivamonte, San Gregorio in the Alps, Santa Giustina (Italy) ), Sedico, Sospirolo, Sovramonte, Val di Zoldo.This national park is included in the section “Pale di San Martino – San Lucano – Belluno Dolomites – Vette Feltrine” of the Dolomites site, declared World Heritage Site by UNESCO in 2009 .The Belluno Dolomites National Park was established to protect an area of ​​extraordinary landscape and naturalistic value. Already known for their flora since the eighteenth century, the Vette di Feltre and Mount Serva are in itself a great attraction. The rareness of some species and habitats is mainly linked to the geographical location. The Belluno Dolomites National Park is located on the edge of the south-eastern Alps, in very inaccessible areas, part of which remained free from ice during very cold periods ( glaciations) that took place in the Quaternary and the last of which was about 10,000-12,000 years ago.The Park includes the mountain groups of the Feltre Alps (Vette di Feltre, Cimonega, Pizzocco, Brendol, Agnelezze), Monti del Sole , Schiara, Talvéna, Prampèr and Spiz di Mezzodì. There are high-altitude karst areas and cliffs and debris slopes; all habitats ideal for the growth of many high mountain species. 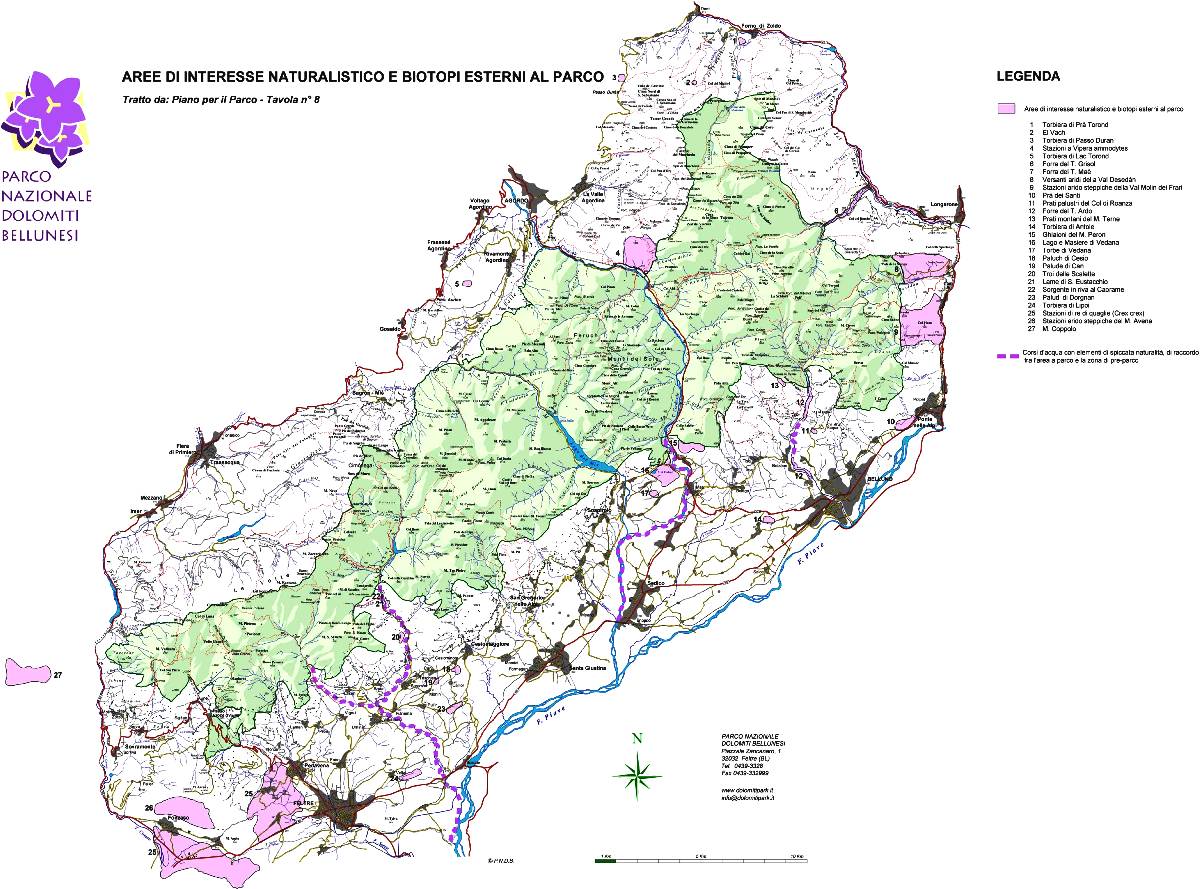 The park territory, with the exception of some high-altitude karst areas, is very rich in water resources: springs, swamps and streams among which we remember: Cordevole, Mis, Caorame, Stién (tributary of Caorame), Falcìna ( affluent of the Mis), Ardo, Vescovà, Prampèra (tributary of the Maè) that contribute to the biological wealth of the Park. Some of these streams flow in deep gorges, and all are subject to variations. Characteristic is the flora of this park which is composed of rhododendrons, thistles, edelweiss and other mountain plants. In addition, there are hardwood and coniferous woods, pastures and extensive meadows. These environmental and floristic features within high mountain areas next to pastures, allow numerous animal species to find their optimal habitat. Among the most important and represented species Among the mammals: – Marmot of the Alps, Ermellino, Martora, Roe deer, Chamois, Deer, Mouflon, Wolf, Lince.Between the bats: – Vespertilio maggiore, Pipistrello nano, Austrian earring, Brown slug, Vespertilio di Daubenton.Among birds: – Black woodpecker, Wallpecker, Goshawk, Kestrel, Golden eagle, Dwarf owl, Capricorn owl, Tawny owl, Eagle owl, Downstream francolin (endangered species), Capercaillie, Black grouse, White-legged partridge, Partridge, Hoopoe, Corvidae, Titmouse, Quail King, Redstart, Chimney sweep, Alpine finch (also rare), Culbianco.Tra reptiles and amphibians: – Alpine newt, Italian crested newt, Spotted newt southern, salamander, black or alpine salamander, yellow-bellied toad, common toad, frog montana, toad emerald, horned viper.Finally among the typical products of agriculture we remember the strawberry (Fragaria vesca L.) which has spread to cultivation in the Belluno Dolomites area. The cultivated plants are selections of various species of the fragaria species and sometimes hybrids. Alongside these selections, some local companies offer the wild strawberry, a characteristic variety selected very similar in taste and smell to the “nearby” wild strawberries of the undergrowth, with which they share the same environment and climate. Just the mountain characteristics of the cultivation sites (proximity to woods and therefore shady and cool areas) and their high naturalness, make the strawberry of the mountain of Belluno present a good level of quality, easily verifiable by sensory analysis.