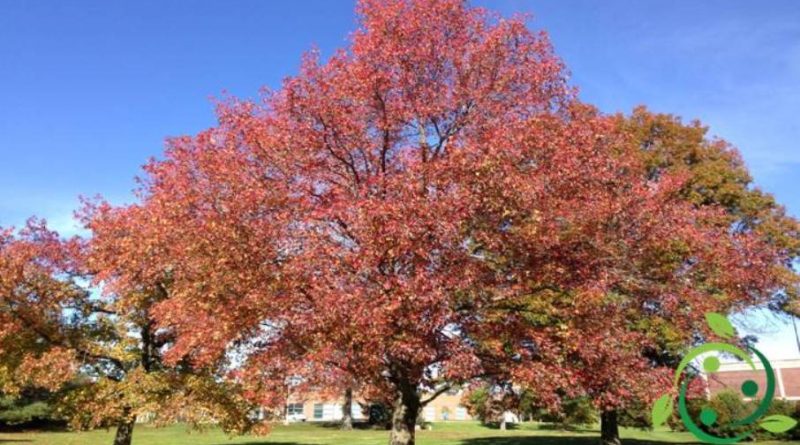 How to grow Liquidambar

The Liquidambar are a genus of plant belonging to the Altingiacee, from the leaves similar to the maples, which include some tree species that are on average high from 8 to 25 m. they are species originating from North America, cultivated in Italy in places with a mild climate as ornamental plants. In this sheet we will see how to grow the Liquidambar and the most appropriate agronomic and technical indications. Liquidambar is a plant that requires to be grown in areas in full sun or half-shade limit (even if the autumn color of the foliage will be less conspicuous); the soil must be light, with a neutral or slightly acidic pH. Only the L. orientalis variety can grow in calcareous soils. The other species easily show a leaf yellowing, due to a slightly acid soil, which can lead to ferric chlorosis. In this case it is advisable to intervene with special iron chelate supplements. The plant also suffers in the presence of brackish winds, which is not suitable for maritime environments. The liquidambar is a tree of extraordinary beauty, with very scenic autumn coloring. Depending on the variety it is suitable for more or less large spaces, even as an isolated specimen. The multiplication of Liquidambar usually takes place by seed, which, due to the genetic variability that is obtained, makes the final characteristics of the plant unknown for what it concerns the autumn coloring of the leaves, which in any case also depends on climatic, edaphic and cultural factors.

You can start from the collection of rounded capsules containing small winged seeds immediately after the fall of the leaves, in autumn, when they are still green and without the holes from which the seeds may have come out.Once collected, the capsules are dried for about a week, in which the holes appear. To remove the seeds from the capsules, just put the capsules in a closed jar and shake them several times. Hold the seeds, they should be dipped in warm water for 5-6 days, after which they should be dried and spread over a box with peat and sand at 50%, enriched by cornunghia.After sowing the substratum must always be kept wet and the box can stay outdoors in a sheltered place.Germination will occur in the following spring. After one year, at the end of the following winter, seedlings will have reached a height of 7-8; these will be repotted in single jars and after another year (when the plants have reached 70 cm in height) they can be planted carefully with all the ground bread to avoid damaging the roots. 40×40 cm holes filled with humus or manure mixed with universal soil. Once the plant has been planted, the young plants should be irrigated every three to four days by letting the water reach deep to facilitate deepening of the roots, especially where, in proximity of avenues and sidewalks would tend to damage them. For the breeding of the plant are not necessary prunings except those to eliminate any dry branches. In any case, given the size of the plant, in some cases, you can intervene to give a balanced shape to the whole and to eliminate the damaged branches. Pruning can be carried out at different times of the year. During the spring it is good to intervene by eliminating the branches that have suffered damage during the winter. In the summer (between June and July) it is possible to proceed with a pruning that allows to eliminate the lower branches, so as to give the plant a more ordered shape. In the period from autumn to winter, on the other hand, you can prune the branches that have lengthened and which have made the hair too compact. It is important, however, not to prune when the climate is rather cold with the danger of frosts. the fertilization can be done once a year, especially for the younger plants, with mature manure or other well-mature organic substance. As for adversities and diseases, the Liquidambar can be subject to the Armillaria mellea at the root level, or from the rodilegno red Cossus cossus, and from Verticilluim, Hyphantria and red spider. Other dangers may come, especially during the spring period, from aphids; these insects can cause serious damage to plants and must be taken in time and fought properly to prevent the attack from expanding.