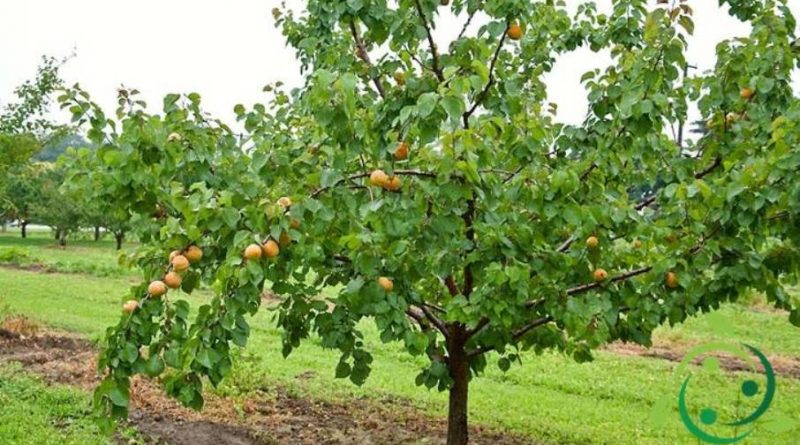 How to prune the Apricot

The apricot tree (Prunus armeniaca L.) is a fruit tree of the Rosaceae family that Linnaeus believed to be from Armenia; in fact it is a species originating in China. It was widespread in Europe by the Arabs many centuries ago.It is however a plant that likes temperate climates and is characterized by an abundant fruit production, due to the fertility of its branches and their vegetative vigor.For this reason it is a plant that needs adequate pruning interventions that essentially aim to direct the growth of the plant, giving it the desired shape, and to control the fruit production by selecting the new fruiting branches. In this sheet we will see how to prune the apricotas according to the various growth and production needs Let’s just say that the pruning of the apricot tree does not significantly affect the quality of the fruits, but only on their quantity, which can be increased or decreased depending on the number of fruiting branches left on the tree during the production pruning. But the pruning that then determines the whole life of the plant is that of breeding that decides the shape of the tree, a shape that changes according to the purposes for which it is cultivated.This pruning tends to give shape to the potted plant, with a skeleton formed by three or four branches, or an irregular palmette, that is, with oblique branches, but without following precise geometrical shapes (U, V, Y, etc.). The irregular palmetto is the most frequently used form for fruit trees, including apricot. As for apricot tree pruning, it takes place during the first four years of life of the plant and consists of a first cut that will determine the shape of the foliage and in successive cuts that tend to eliminate the excess branches to contain the vigor and the growth of the plant.The pruning of formation on the other hand depends on the form of breeding that we will choose.In general in the vase shape we eliminate the most branches large ones that disturb the central one and the lateral branches in excess, while in the palmetta breeding they only shorten the lateral branches to favor the regular development of the central ones. To give the shape to the plant it starts with the first cut of breeding; this is done at a height between thirty 0.30 and 1.60 meters from the ground. The height depends on the shape that will be given to the crown of the tree. At this point, after the first cut, the branches will develop, in which it is necessary to identify the ones that will determine the shape of the tree. Generally the tree structure consists of four branches, while the others must be eliminated starting from the base. The remaining branches should be shortened to about twenty, thirty centimeters. Once the apricot has been formed, we will proceed to the production pruning, eliminating the dry, unproductive or excess branches that intersect with those that are productive or that prevent penetration. of light.Technical details that are performed for the production of apricot tree pruning are: the return cuts, the shortening of the mixed branches and the curvature.The return cuts tend to eliminate the branches that grow immediately after the lateral ones, which they become productive; this type of pruning is however carried out on varieties with poor fruiting. The mixed branches are also shortened, ie the longer ones of the tree which grow vigorously, but which bear little fruit. This operation favors the emission of apical gems. Finally, the operation of curvature of mixed branches is carried out only on varieties with an upturned bearing, ie on those having the main inclined branches.

Now let’s see the pruning periods. The age of pruning of apricot is above all in spring or summer; and for this reason that the pruning of the apricot is a green pruning that exactly follows the growth rate of the plant, which goes from March to late May, when the shortest branches are formed (maximum 20 centimeters in length), June and end July, when the mixed branches are formed, ie branches that can be from thirty to seventy centimeters long, and end of August, when the development of the flower buds of the branches is completed. Some apricot pruning interventions can also be carried out winter and this is the dry pruning. In winter, if the cultivated variety requires it, return cuts can be made. The ideal period will vary depending on the area where the apricot is grown. In mild climate areas, dry pruning can be carried out at the end of autumn. An important precaution in pruning apricot is that the cuts should be performed not too drastic as this plant heals very painfully. The only incisive cuts must be those of return. The wounds due to cuts must be covered with pruning mastics, while the tools, ie shears, saws and scissors must be cleaned and disinfected before and after use. Now let’s look at the different procedures for the different forms of apricot farming (pot , fusetto and delayed vase). In the form of a vase breeding, it is necessary to obtain an enlarged form of the crown which starts from a narrow base to widen upwards. In order to obtain the vase shape, the inner part of the foliage must be kept clean and it must be clean from the branches. In this form of cultivation are left 3 or 4 main branches arranged at 120 ° or 90 ° away from each other.In the form of breeding with a spindle, the plant needs support because the vertical growth of the plants is greatly increased. cultivated. This form of breeding is applied to intensive production systems that are obtained by placing the plants at a distance of 3 meters between one row and the other and at a distance of 4-5 meters between the plants. In the last form of breeding contemplated , that is the delayed pot, is used to obtain the cultivation of small plants, which normally do not exceed two meters in height. In this form of breeding the lateral branches start from the main branches every 20-30 centimeters and take a spiral shape. This form of breeding is adopted to encourage harvesting techniques due to the smaller size of the plants, and because it requires a lower pruning frequency than the two previously described forms.