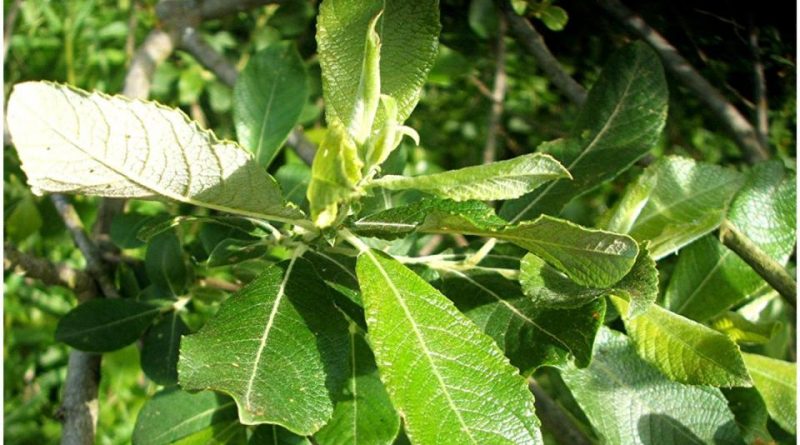 Systematic –
From a systematic point of view it belongs to the Domain Eukaryota, Kingdom Plantae, Subarranean Tracheobionta, Superdivisione Spermatophyta, Magnoliophyta Division, Magnoliopsida Class, Subclass Dilleniidae, Salicales Order, Family Salicaceae and then to the Genus Salix and to the Species S. cinerea.

Etymology –
The term Salix is ​​the classical Latin name of willow, perhaps associated with the Sanskrit saras, water. The specific cinerea epithet comes from cinis, cineris cenere: for its ashy, greedy, grayish color.

Geographic Distribution and Habitat –
The gray willow is a species native to an area located between Europe and western Asia. This plant is widespread in wetlands and along rivers, where it forms tangled scrublands. It is found from the plain up to 1000 meters of altitude. It is present in two subspecies, of which S. c. cinerea confined in basic peat bogs like the caricatures, while the S. c. oleifolia that is less specific and also grows in alkaline peatlands such as the sphagnets and on the sides of the waterways. 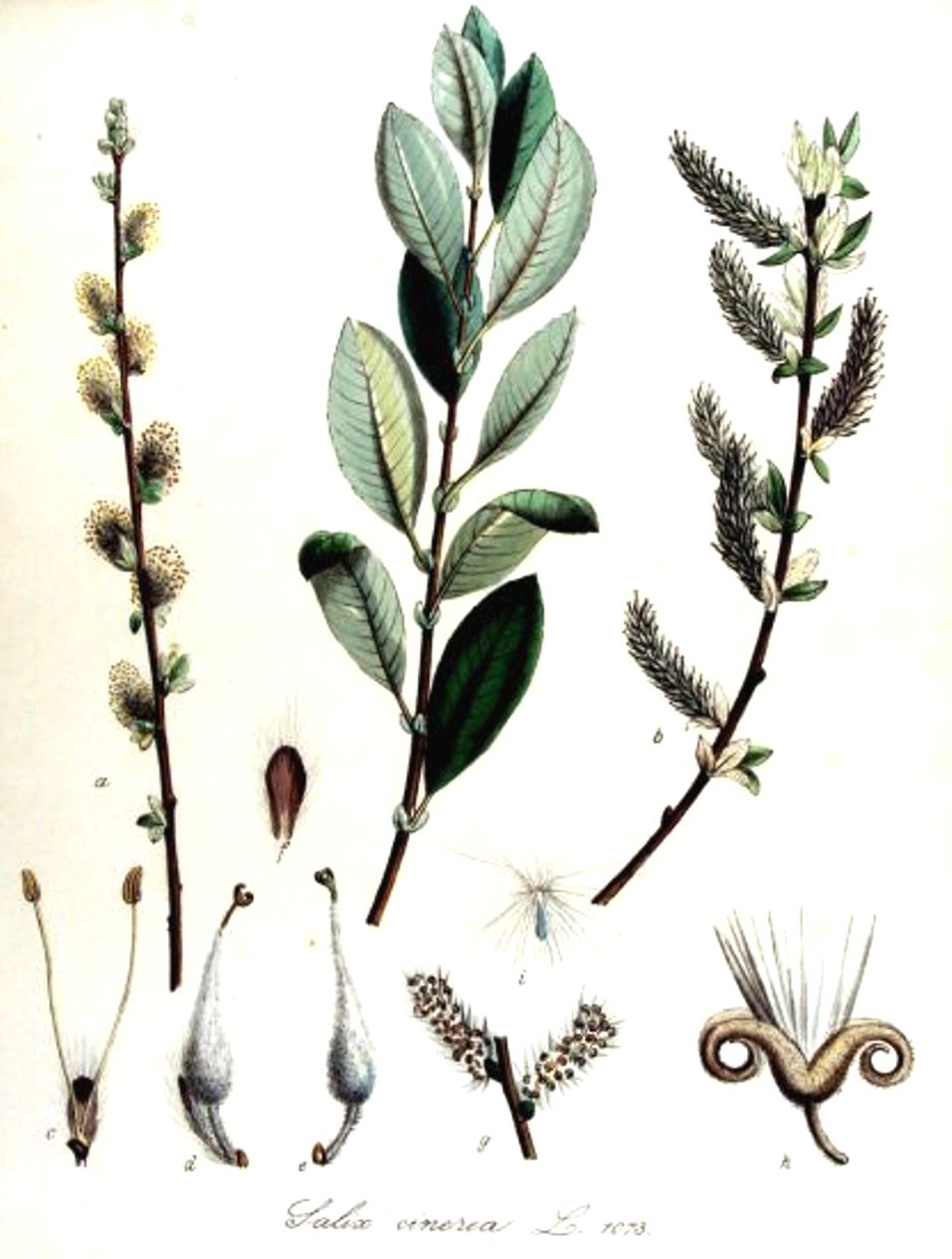 Description –
The Salix cinerea is a small tree that can reach about 10 meters in height. It has a trunk mostly branched from the base and sparse and irregular crown; the 2-4 year old branches are gray-brownish, decorticated and have very accentuated and protruding ribs; the young branches are covered with a gray or brownish tomentum. The leaves are oblanceolate to broadly obovate, with olive-green coloring on the upper page, white or gray on the lower page. It is a dioecious plant, with male and female flowers on different individuals. Male flowers are catkins up to 4 cm long, while women up to 5 cm reach 9 cm when they mature. The flowering period is between March and April before the leaves are emitted. There are two subspecies: – S. c. cinerea – typical of central and eastern Europe and western Asia; is a tall shrub up to 4-6 m (rarely 10 m) with smooth bark, densely hairy leaves on the underside with gray yellow hairs, wide stipules, persistent until autumn; – S. c. oleifolia of western Europe and north-western Africa; it is a shrub or tree up to 10-15 m tall with rough bark, poorly hairy leaves on the underside with brown red hair, large stipulae, early deciduous.

Cultivation –
Gray willow is a tree that can be propagated by seed immediately after harvesting in spring, or by cuttings taken from the wood of the year from November to February. It is a species that prefers damp soils and near water courses. It prefers loose soil. Cuttings can be kept outdoors in a sheltered place or placed directly in the home, in this case in the fall and mulching the surrounding soil. From June to August, instead, you can take semi-woody cuttings to be rooted in containers.

Uses and Traditions –
Salix cinerea is a plant useful for consolidating loose soils, slopes, banks, slopes and for the reforestation of wet uncultivated areas. Because of its characteristics and like many other willows, it is ideal in small spaces, in the presence of water, as an element of the mixed English border or in a free and informal hedge. Given the ease of hybridization among the willows it is possible to combine individuals of gray willow and other willows of the opposite sex to obtain hybrids between species. Its branches can be used to build hunting huts also called baskets. Also, as for the other species of the genus Salix, the cortex provides, in addition to tannin, also salicin, from which salicylic acid is obtained, with tonic, anti-rheumatic, febrifugal, anti-fermentation and astringent action. The leaves of the willows act as cicatrizing, astringent and sedative.