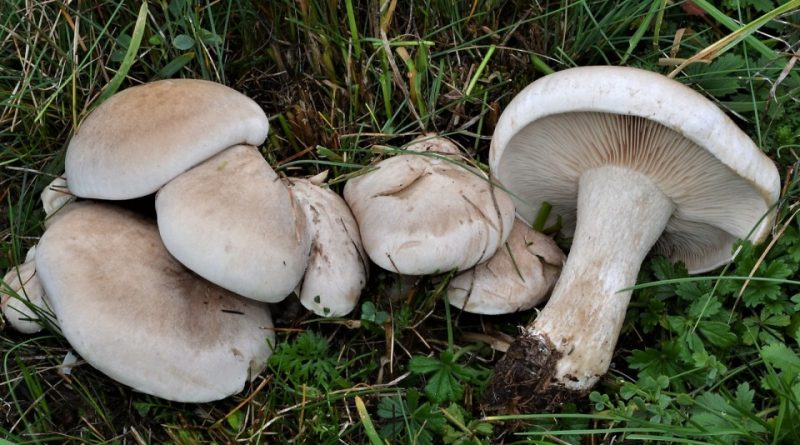 The Lepista cespitosa (Lepista caespitosa (Bres.) Singer, 1951) is a basidiomycete mushroom from the Tricholomataceae family.

Systematic –
From the systematic point of view it belongs to the Domain Eukaryota, Kingdom Fungi, Phylum Basidiomycota, Class Basidiomycetes, Order Agaricales, Family Tricholomataceae and then to the Genus Lepista and to the species L. caespitosa.The terms are synonymous: Clitocybe fasciculata Bigelow & A.H. Sm. And Rhodopaxillus caespitosus (Bres.) Singer.

Geographic Distribution and Habitat –
The Lepista caespitosa is a saprophytic mushroom that grows on meadows and pastures rich in humus or on rotting foliage. It is found in groups also very numerous, with shrubby characteristics, sometimes goes to form the so-called “witch circles”. 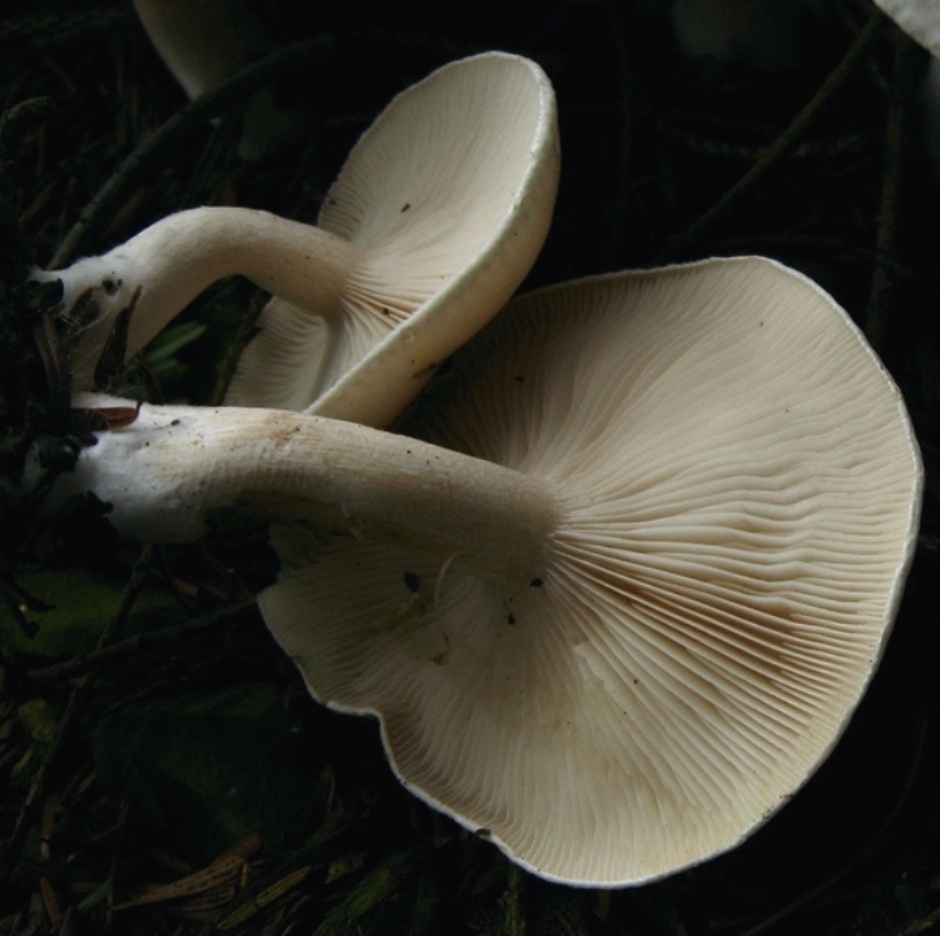 Recognition –
The farinaccio is recognized for the hat that has a diameter that can go from 5 cm up to 25, and in some cases over; this is at first soft, then convex and finally depressed, of a white-dirty or light brown color, with a sinuous margin, occasionally a little involute. The lamellae are quite thick, adnate, fragile and easily removable from the cap (a feature common to the Lepista). The stem has a dirty white or white color, is fibrillar, cylindrical and sometimes curved and often connected to the base to other stems to form tufts. The meat is fragile especially in the most mature specimens where it tends to crumble if in old age; it smells of fresh flour in young specimens, while it takes on rancid flour in those grown and becomes unpleasant in the very old ones. Also the taste varies being of fresh and grateful flour in young specimens; very mediocre tending to the bad (sweetish and bitterish) in those too grown up or old. In the microscope you can see spores of ellipsoidal shape, warty and rosy in mass.

Cultivation –
Farinaccio, even if a fungus saprophyte and therefore possible and easier cultivation is not in fact cultivated, even for its controversial organoleptic quality.

Uses and Traditions –
The Lepista caespitosa, is a very common mushroom and faithful to the places of growth. The tufts and the carpophores can sometimes reach enormous dimensions. For the growth of the bush can be confused with Lyophyllum, even if it is distinguished by the easily detectable lamellae, the smell similar to the Clitocybe nebularis, the warty spores, rosé in mass.As regards its organoleptic qualities there are somewhat discordant opinions. In any case it is an edible mushroom having organoleptic qualities strongly variable according to age: it is good or very good when young, mediocre when it is grown and therefore strongly discouraged and bad when it is old, and therefore to be considered no longer edible. As the age passes, the smell gradually becomes rancid, penetrating, easily perceptible even at a distance of several meters. For this reason it is recommended not to collect specimens that are too old as even few specimens could affect the taste of a mixture of mushrooms. There is a variety of this mushroom, the Lepista caespitosa var. peppery that has a characteristic peppery aftertaste that fades after prolonged cooking or pre-boiling.

Preparation Mode –
The farinaccio can be consumed in various ways, obviously in young specimens and pre-bottling is not necessary, although some recommend it for better gastronomic performance.