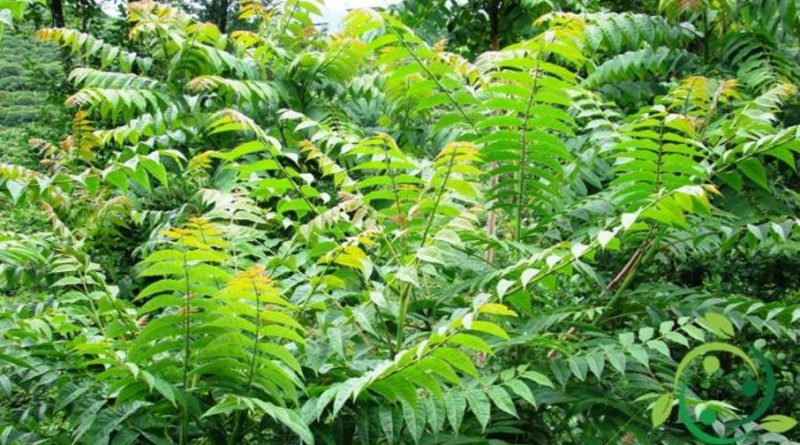 How to grow Ailanthus

The ailanth or even tree of paradise (Ailanthus altissima (Mill.) Swingle) is a deciduous species of the family of the Simaroubaceae. This tree is native to northwestern and central China and Taiwan and is naturalized in Italy, in other European countries, in the United States, in Australia and in New Zealand. It is a fast-growing species that reaches heights of 15 m in 25 years (from which tree of paradise). It is not very long-lived, rarely exceeding 50 years of life, although its extraordinary ability to generate suckers allows the plant to replicate itself for much longer times. Due to its adaptability to all types of terrain it is still used today for the consolidation of landslide and barren lands such as railway and road embankments.
In this sheet we will see how to grow the Ailanto considering that it is a plant that tends to be highly infesting.
The Ailanthus is a rustic plant that develops well in all places from shady to those exposed in full sun; it tolerates cold and temperatures below 0 ° C. moreover it is a species that manifests a wide spectrum of adaptability to any type of terrain. Furthermore, due to its rusticity, it does not require any water supply as it is satisfied with rainwater.
The ailanthus should be fertilized only once a year, at the beginning of spring, using only organic matter and avoiding nitric fertilizers that increase its vegetation and its ability to infest.

As for multiplication, the plant propagates by seed, by division of the basal or root suckers and also by branch apical cuttings. As for sowing, this is done by seeding seeds in a specific substratum mostly sandy and fertile. The apical cuttings or the suckers instead, which must be removed from the base of the mother plant, are rooted in a mixture of peat and sand in equal parts. Once the new plants are obtained, they must be moved to their home in the following spring.
When choosing the Ailanthus setting, one must choose an area far from other types of trees to avoid antagonism or radical competition, a natural phenomenon known as allelopathy. The ailanthus, like walnut, and other plants, secretes a toxin that prevents the taking root of other species of trees in its vicinity. Moreover, to avoid the spread of this plant considered highly infesting, the basal shoots, the dry branches and especially those carrying the fruit can be drastically cut. It should also be kept a little distance away from the houses as all the parts of the tree, leaves, flowers and bark give off an unpleasant odor. For this reason, in cultivation it is advisable to plant only female specimens as they lack the unpleasant odor emanating mainly from male flowers.
As for adversities, Ailanthus is a species that is very resistant to fungal diseases and to animal parasites. Rarely, it suffers from diseases due to rust, badly white, or attacks of aphids and cochineals.
Attention to the proximity of the Ailanthus as it is a stinging plant that, by contact, can cause allergic dermatitis.
Ailanthus’s advantage is that, from the flowers of the plant, the bees get a popular honey with a fruity aroma and a decisive taste, excellent as an astringent in case of dysentery.