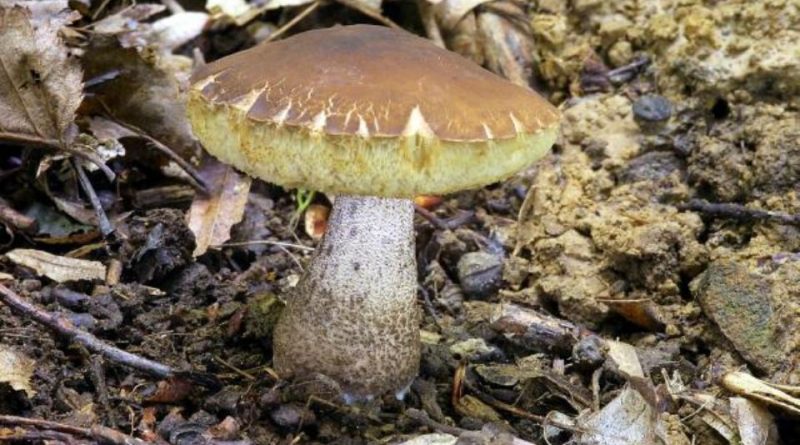 Systematic –
From the systematic point of view it belongs to the Domain Eukaryota, Kingdom Fungi, Basidiomycota Division, Class Basidiomycetes, Order Boletales, Family Boletaceae and then to the genus Leccinum and to the species L. pseudoscabrum.
The term Leccinum carpini (Schulz) M.M. is synonymous. Moser ex D.A. Reid 1965.

Etymology –
The term Leccinum comes from (i) líceus, derived from ílex, -icis leccio: from the holm oak, related to the holm oak. The specific epithet pseudoscabrum is due to the similar species that is confused, even by similarity, with Boletus scaber.

Geographic Distribution and Habitat –
The Leccinum pseudoscabrum is a symbiotic species, quite common even if not widespread, which establishes mycorrhiza especially with Carpinus spp. It is found isolated or in small groups as well as with Carpino, also with Corylus spp. (Hazelnut), but never under Populus spp. (Poplar) or Betula spp. (Birch). The fruiting period ranges from early summer to late autumn. 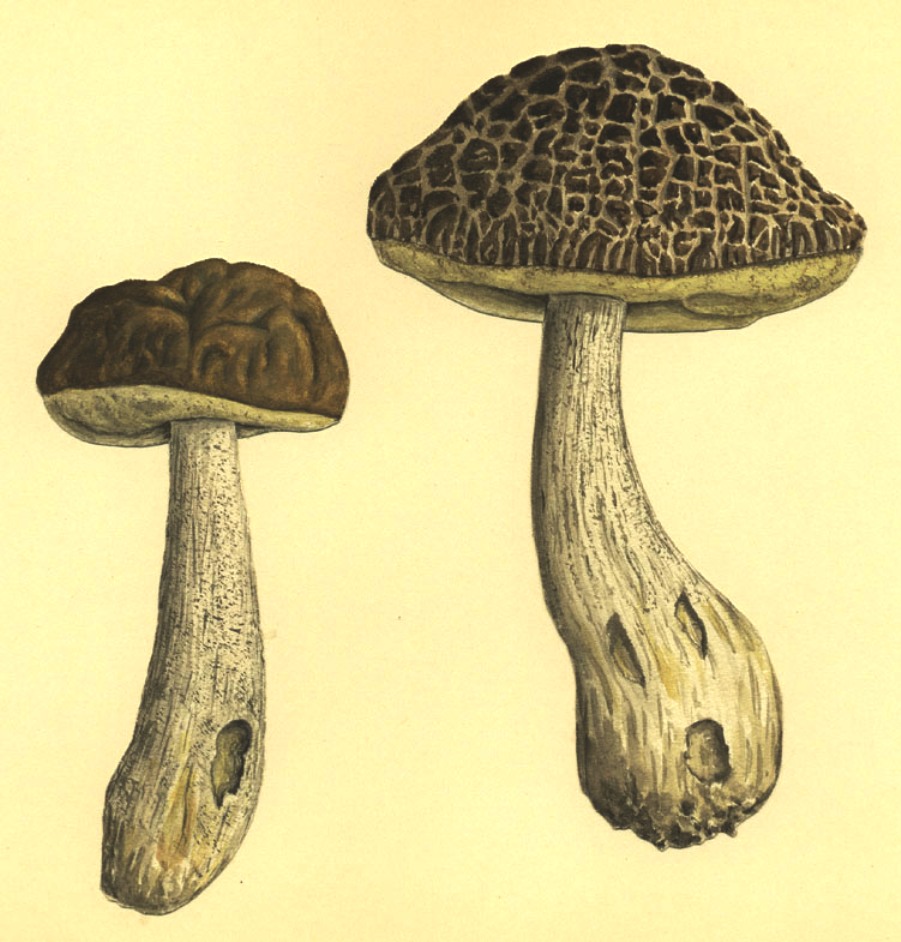 Recognition –
This fungus is recognized for the hat of 5-12 cm in diameter, convex, with glabrous cuticle, viscose with wet weather and often wrinkled and chapped with dry weather, with a color that varies from brownish-yellowish to brownish-blackish. The tubules are 20 mm long, whitish or pale yellow in color, turning to grayish-blackish at the touch. The pores are minutes, of 1-2 mm, also whitish or pale yellow, which turn to grayish-blackish to the touch. The stem measures 4-13 x 0.6-1.4 cm, with whitish color, adorned with small brownish-black scales, attenuated at the apex. The meat is white that when cut quickly turns first to red and then blackens, with a light smell and a light and sweet taste.
Under the microscope, non-amyloid, smooth, non-amyloid spores of 10-28 x 4-7 μm can be seen. the basidi are clavate, of 32 x 12 μm. The cystidia are fused-ventricose, 42 x 14 μm, from hyaline to ocher yellow in reaction with KOH.

Cultivation –
Leccinum pseudoscabrum is not a cultivated mushroom.

Uses and Traditions –
This species can be confused with the Leccinum scabrum (Bull .: Fr.) Gray, generally associated with Birch, which is also distinguished by its almost unchanging flesh and by the absence of the typical hammering and wrinkles instead of the Leccinum pseudoscabrum cuticle. . Other possible confusions, however difficult, can occur with other species of the Scabra subsection which however includes Leccinum with almost immutable meat and usually associated with Birch. It is distinguished by the Leccinum variicolor Watling which has a pileic coloring with dark brownish hues, not hammered cuticle and stem with greenish blue spots at the base, a feature also shared by Leccinum duriusculum (Schulzer ex Kalchbr.) Singer, exclusive symbiont of the Poplar.
The Leccinum pseudoscabrum is a good edible mushroom but, as for other leccini, after adequate cooking with the exception of the stem that is woody. It is considered one of the least appreciated among the species of the genus Leccinum due to the intense blackening of the meat, however soft and small.

Preparation Mode –
The Leccinum pseudoscabrum can be prepared and preserved like other Leccini although, the blackening of the meat and its soft consistency makes it less valuable than its other similar ones.